We hunt the deer, so are we not men? 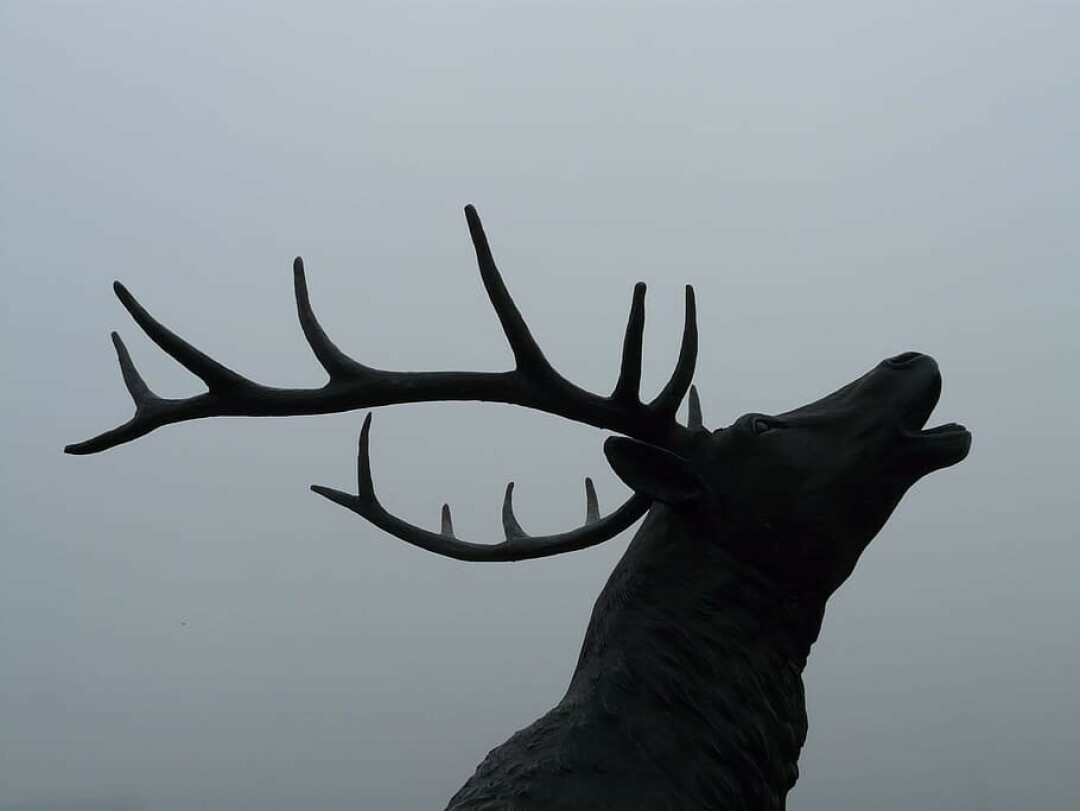 Editor’s note: An old friend recently brought my attention to this column I did in another time and place, and I thought since it ‘tis the season, I would resurrect the piece here. Even though The Reader is not as priggish as the daily newspaper where this first appeared, in two cases I have left out the vulgar words as was required by that conglomerate-owned daily.

The dull thud of deer rifles resound on this dying autumnal day.

It started out a glistening, 10-degree morning, cold as dead of winter, a thin coat of frost on everything.

The day never got warmer than 24 degrees, though the sun gave promise before dying out in late afternoon, splashing the steel blue horizon with pale pinks and oranges before leaving us in utter darkness.

Starless and Bible black, as Dylan once wrote – Thomas, that is.

The guns are silent now. The hunters continue their tribal rituals around campfires and beer coolers and bottles of brown liquor.

They talk loudly of conquests and misses. Some wonder if the missus went to the male strip show, then try to forget the image of her stuffing bills into some sweaty beefcake’s jockstrap.

Others suggest taking the 40-mile drive to the Northpoint “gentleman’s” club to visit the “exotic” dancers.

But that turns out to be too much of an effort. It’s gonna be another long day in the bushes tomorrow, waiting with murderous intent.

So crack another beer. Have another shot. Have two.

Pass out. Do it all again the next day.

I started out on shaky ground by bringing my own beverages, strange brews from such exotic places as St. Paul, Minn., and New Glarus, Wis.

“Snooty” they thought of me and my fancy beer.

They don’t mince words in the U.P. As one popular bumper sticker proclaims: “If you ain’t yooper you ain’t (vulgar term for excrement), EH”

Life as we know it stops in the U.P. for deer hunting season.

It’s a test of endurance – how many nights can you drink from the giant stockpile of Busch Light and still take to the woods bright and early every morning with the presence of mind and steeled nerves it takes to hold your gun steady should an unsuspecting deer cross your path?

I don’t know. I didn’t hunt. I was there simply as an observer.

I did not pass judgments. I tried to understand the pleasure this annual event brings to the men and women who participate in it.

I even broke my decade-old meat fast for them. Wanting to dispense of my “snooty” image, I ate from the communal venison.

Several had suggested that I’d want to find something else to eat that night, but when it came time to chow down, I had already decided what I would do.

“You won’t want to eat this,” the cook said as she pulled from the oven several casserole dishes full of steaming Swiss steak-style venison, stewed in tomatoes from her own garden.

“Sure I will,” I said, heaping a big spoonful of meat and red juices onto a pile of mashed potatoes. The meat fell apart with a plastic fork. Yum!

Later, when everyone was as well stewed as the meat, one of my camp partners asked if I liked them.
Before I could answer, she locked what I had previously thought of as hard green eyes on mine. Those eyes grew soft, doey.

“We’re not all a bunch of bumpkins,” she said. “Some of us have money and lives beyond this.”

Then, with her husband sitting not 10 feet away from us, she winked and grabbed my (vulgar term for posterior), hard.

I suddenly felt like Edward Pendrick on the island of Dr. Moreau, surrounded by strange experiments in humanity, “unstable phenomenon.”

I survived to tell the tale, but I could not help thinking:

“Not go on all fours: that is the Law. Are we not Men?

Not to suck up Drink: that is the Law. Are we not Men?

“Not to eat Flesh nor Fish: that is the Law. Are we not Men?”