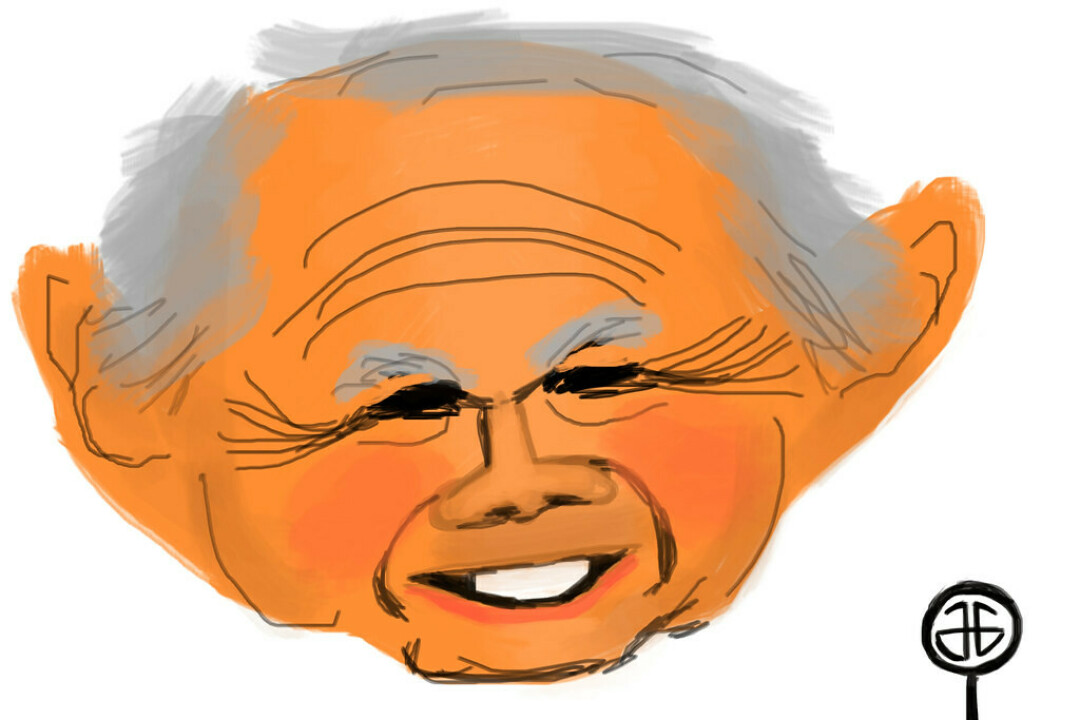 In a previous column, I illustrated one of the difficulties in writing double dactyl poems: Getting the right six-syllable name is important. I used Professor Hawking as an example of an illegal name. This problem is easily solved by adding his initial: Professor S. Hawking. This name is perfectly legal, and using it will keep me out of double dactyl jail if you people will just keep your mouths shut.

Often, the first step in writing a double dactyl poem is to find a double dactyl word to build on. I found a great word in “eschatological,” having to do with the end times.

Now who fits better with that word than an old fire and brimstone preacher? The answer depends on how you pronounce the word “reverend.” If you insist on pronouncing the word with three syllables (rev-er-end), you will have to say Reverend Robertson. If you pronounce it with two syllables (rev-rend) as I do, you can fully identify the subject: Reverend Pat Robertson. Then all we have to do is connect the subject with the word. First, we have to decide on the tone of the poem. If we want to make the theme general, we can say, for instance:

Blustery, blathery
Reverend Pat Robertson
Fondly recalling his
Tales of the Flood.
Talking of things that are
Eschatological
Smelling of brimstone and
Swimming in blood.
Or, you can make it more personal:
Spitefully, whitefully
Reverend Pat Robertson
The thoughts he’s been thinking,
The visions he’s seen!
Dreaming of Hell and things
Eschatological
Saving a spot there for
Joel Osteen.

For finding appropriate double dactyl names, there is nothing like having a smattering of history to fall back on. The following poem is not mine, but it has been around for a while, so I’m going to assume it’s public domain:

Mightely, knightely,
William of Normandy
Conquered King Harold with
Bothersome tricks.
Faked a retreat and then
Premeditatedly
Ambushed the English
In 1066.

A smattering of science also helps. The following poem (also not mine) requires at least a passing acquaintance with a Mobius strip if you are going to visualize it:

Shapery, papery
August F. Mobius
Watched an ecdysiac
Bend at the hip.
Twisting her body, she
Soon was performing a
Unidimentional
One-sided strip.

And finally, sometimes a little sideways thinking can get you past the most difficult problem:

Up yours, officious eggheads.