Let’s hope all the ballots are counted 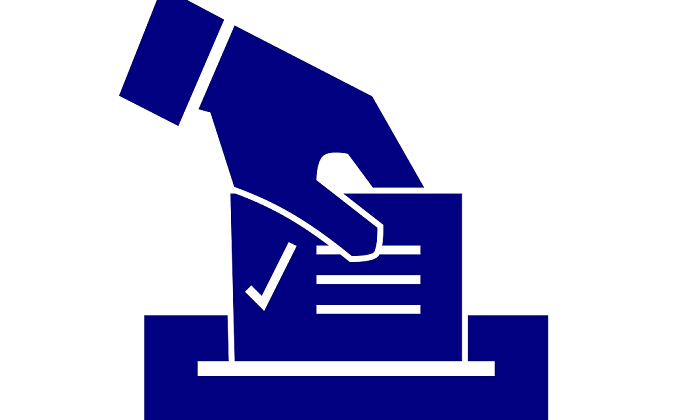 Well, let’s just hope that everything went okay on election day.
Hopefully all the ballots were counted.
Hopefully there was no intimidation at the polls.
Hopefully the gun nuts and militias didn’t start marching around again with their weapons to threaten the population.
Hopefully Mr. Loser and his minions didn’t throw a fit after realizing that the minority can’t govern the majority any longer.
Hopefully the lawsuits will mount and El Presidente will retreat to his compound in Florida and plan his escape to a banana republic somewhere to avoid prosecution for his many crimes.
Hopefully the authorities will be waiting for him after the planned fireworks display diversion fails. Just for good measure he will be escorted to a prison that doesn’t have a golf course or a salon to glue that flap of hair in place.
His mug shot will be a slight antidote for the years of pain and unrest he fostered. In an unfair happenstance, he will have government-provided health care while millions still don’t have health care at all.
Yes, it’s a cruel world Donald V. (for vindictive) Rumpt. Your sordid con man past will finally catch up with you and this time no ghost writer will help you write a memoir from behind prison walls.
Yes, you finally got that wall you promised, a prison wall not a border wall, and it keeps you from causing any more problems for the rest of us.
You can’t pardon yourself, though we know you’ll try. A packed Supreme Court can’t overrule your many sentences.
Melania might try to slip a file into a pie when she comes to visit but more than likely she’ll be long gone – sayonara, see you later, loser.
Even though the liar and cheat will be out of our hair, once again the American taxpayer will be footing the bill.
Hopefully the country will wake up to the fact that talk radio, TV and social media has grown toxic for the democracy, peddling lies and misinformation to those willing to be schmoozed into believing that facts are lies and lies are facts.
I’ve been saying this for a long time: I can’t see how the First Amendment guarantees purposeful lies that endanger our society to be covered by the notion called freedom of speech.
Is free speech a lie? Is a lie free speech?
Hopefully American schools will make It Can’t Happen Here by Sinclair Lewis and 1984 by George Orwell required reading.
Hopefully the simple act of voting will be wrested from those who seek to suppress and disenfranchise.
How simple would it be to hand out a voter registration card to every 18 year-old based on their Social Security number? Bingo, there you are with a voter ID card that’s good for life. All you have to do is show up at your local polling place and provide your social security number and you are set to vote.

Maybe that’s too simple. I haven’t thought out all the issues, but every kid turning 18 is registered. Done. Pretty much ready to vote.
Why do we make it so complicated?
Someone is trying to suppress your vote and howling about election fraud.
The only people who are committing election fraud are those who try to restrict your right to vote.
The New Conservative Neanderthal Party (NDNP), formerly the Republicans, have been playing with the electorate for decades, trying to remain in power even as the nation as a whole shifts away from their stick-in-the-mud, head-in-the-sand, fuddy-duddy ways.
A majority of people believe in climate change and social justice, health care and public education. Still, the NDNP slips in gerrymandering and suppression of mostly minority communities and ramps up the lie about voter fraud and mail-in ballots.
If you have the chance read David Daley’s story in The New Republic titled “A Cancer on the Ballot.” This isn’t about free and fair elections, it’s about cheating.
Toss them in prison with Mr. Liar and Cheat.
Hopefully all the ballots were counted.
Hopefully the stacked court won’t be called in to referee.
Hopefully it was a landslide and the bum is headed to prison. Some of his minions are already there, more to be added soon, and they can all cry the blues on the chain gang together.