We have the resources to solve the problem, but not the political will 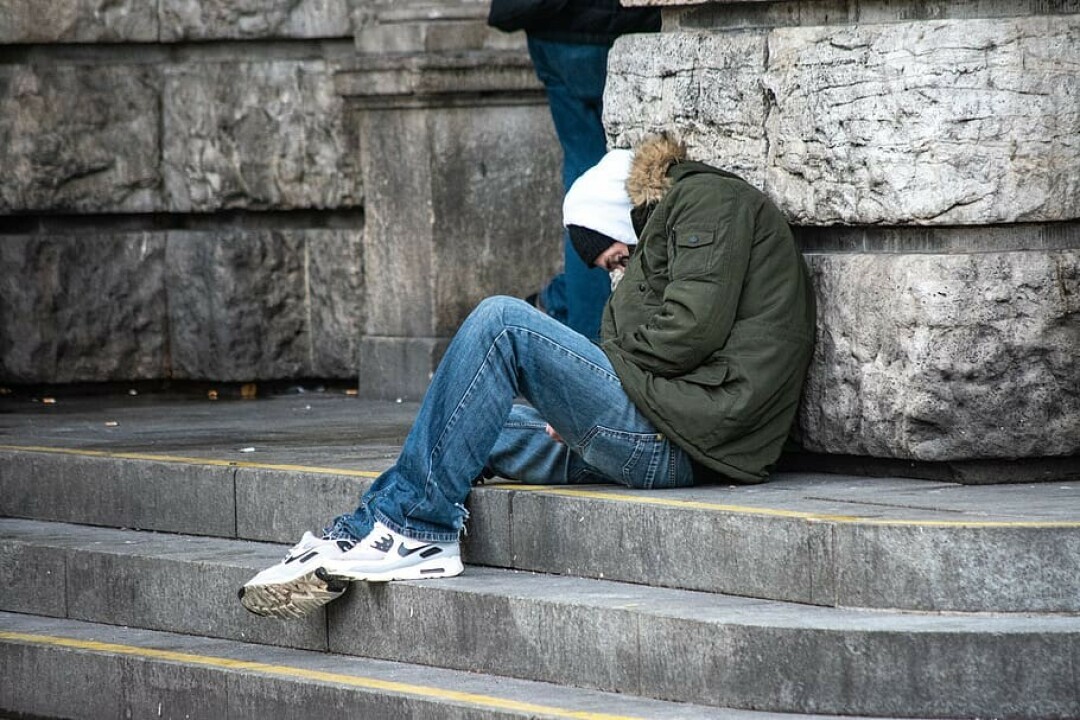 “A lot of us are one paycheck away, and there’s just a variety of folks that can experience homelessness. It’s not just a certain group of people, and it’s really important we stop characterizing people and just start helping them.” Shelly Bruecken, member of the Loaves and Fishes community (quoted in a WDIO TV news story)

Homelessness continues to be a problem all over the country. Duluth is no exception. Back in 2007, Duluth issued a 10-year plan to end homelessness. Duluth has a number of organizations working to accomplish this goal and has made progress. But homelessness persists and the coronavirus pandemic exacerbates the problems.

Last week homeless advocates put up tents outside city hall to bring attention to the growing number of people sleeping on the streets. They wanted to pressure the city and county to do more to help the homeless before winter. With temperatures already below normal they’re pushing four specific actions:

Homelessness in St Louis County has increased 18% in the last year according to the January 2020 unsheltered survey. Most of this increase is due to a lack of basic, affordable housing.

Most homeless people live precariously by couch surfing with friends or family. But homeless advocates say about 250 people in Duluth are on the streets, living in tents, cars, in the woods, under bridges, or in other places not meant for human habitation.

There is some help available. This winter the City of Duluth will again provide an overnight warming shelter at the City Center West building. The shelter will be open from 8 pm to to 8 am on nights when the temperature drops below 32 degrees.

The CHUM Drop-Off Center is open 24 hours during the winter. CHUM is the only 24-hour emergency shelter but has only an 80-bed capacity.

Both of these shelters are inadequate for the need, and reportedly are already packed to capacity.
The pandemic is adding to the problems. Many homeless advocates are expecting homelessness to increase as more people lose their jobs, unemployment runs out, and evictions increase.

CNBC reported that 30% of home owners and 36% of renters had missed mortgage or rent payments in July.

In Duluth CHUM says even before the pandemic 55% of Duluth renters paid more than they could afford for rent. Today unknown hundreds of Duluth households are behind on rent and mortgage payments.

Homelessness is caused by lack of affordable housing. The average rent in Duluth has skyrocketed. A one bedroom apartment that rented for $660 per month in 2010 was $937 in 2019. It is hard for people with average jobs to pay the rent much less those living in poverty.

Given that housing costs are based on the free market and profit, the lack of affordable housing is not surprising nor is it an easy problem to solve.

Temporary emergency shelter, however, should not be that difficult to provide. This is another issue where we know what is needed, we know what to do, and we have sufficient resources. We just don’t have the political will to make it happen.

So the first three “demands” of the homeless advocates listed above are quite reasonable and achievable. As Shelly Bruecken says in the quote above, we just need to “stop characterizing people and just start helping them.“

Last year Governor Walz remarked, “Homelessness is a math problem in many cases, it’s not a character problem.”

A little math can illustrate this statement.

To begin with the number of homeless, although embarrassing for a wealthy nation, is not large.

I am not suggesting this as a solution. I don’t mean to trivialize a complicated problem.
Many homeless have serious drug, alcohol, mental illness and employment problems. I am just pointing out that, in the context of a $48 billion state budget, it wouldn’t take much to provide housing for the homeless. We have, or could find, the resources if we chose to do it.

We also have the resources to immediately provide emergency shelter for the 250 people on the streets in Duluth.

As a former member, I know the National Guard has tents, cots, sleeping bags, portable heaters, electric generators, mobile kitchens and mobile shower facilities. This equipment is in storage at Camp Ripley or in armories around the state. All it would take is the governor’s order and an emergency shelter with hygiene facilities could be in place within days.

The fairgrounds may have usable buildings. Public school facilities could be open at night. Churches, private conference facilities or businesses closed due to the pandemic could be rented. The former mall in Superior is largely empty and there are probably empty buildings in Duluth.

Again, the problem is not resources. It is the lack of community will to find solutions.

At a minimum, as the advocates at the rally suggested, the city could stop rousting the homeless from their tent camps. In fact the city could easily establish a permanent campground, complete with toilets and showers that would help the unsheltered and minimize problems with unauthorized camping.

The first priority is to get people off the streets before winter. Duluthians need to push their city councilors to take the necessary action before the winter gets worse. Then the tough work of building more housing and dealing with the other causes of homelessness can continue.