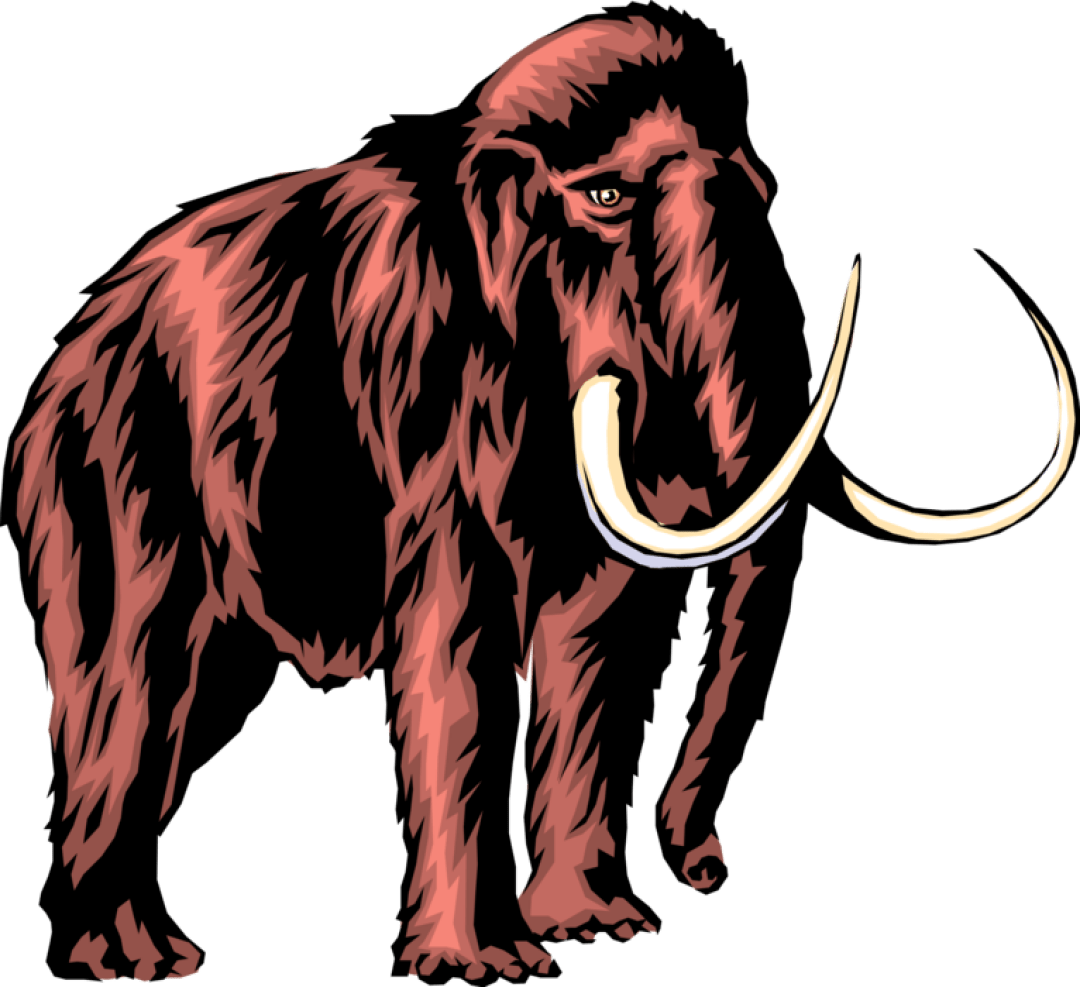 We have to stop running a reality historical show about our country’s founders. Our country was not “founded’ by a bunch of rich white guys who owned slaves and sexually assaulted them whenever they damned pleased. They were not rich white guys who made sure that only other rich white guys could vote for other rich white guys who owned lots of property and the voting booths for males only. It was, in reality, founded by Homo Sapiens who later became members of 600 Indian tribes whose ancestors grew up in Beringia, a section of Russia we now know as Siberia. Our real founders had mostly a meat diet, killing nine-ton woolly mammoths, mastodons, giant ground sloths, musk ox, and what we now know as caribou. On occasion they managed to kill sea lions that made the mistake of loafing on sea ice or shore.

About 20,000 years ago the ice sheets covering what is now North America started to melt, opening up two routes for migration to what are now Canada and the United States. Seeking relief from the intense and growing cold of Beringa, our founders hit the road for warmer climes. So our country was not founded in 1619 or 1776, but somewhere between 23,000 BC and !3,000 BC. Scientists are still working on the date.

In 1932 pieces of beautiful obsidian and jasper rock about four inches long, chipped into sharp points and edges with shallow grooves that would fit wooden shafts, were discovered in a New Mexico site filled with wooly mammoth bones. Since then more than 10,000 “Clovis “ points have been found in over 1,500 locations in North America—from Montana to Florida, from Washington to Pennsylvania. The oldest Clovis point so far was found in Texas and dates back to 13,500 BC. None have ever been found in Siberia. These points were made by our real founders. There are only 5.2 million real Native Americans in the U.S. left after “Indian” wars, Custer, massacres, long marches, smallpox blankets, and other killing methods. They are still defeated when they try to vote or leave their reservations. White Europeans were black when they left Africa and started North to a different sunny clime and U-V rays--and then acquired the arrogance to believe they founded most of the civilizations—and should always travel first class. On his first day in the West Indies, Columbus ordered his crew to seize six Indians to serve as his slaves.

Did Thomas Jefferson Know That When His Horse Farted It Affected The Climate?

At age 88, I have spent 82 years seeking knowledge of some kind. I have spent over 20 years in classroom desks from Minnesota District 54, to Little Falls High School, to several universities earning BA, BS, and MA degrees — and many academic hours beyond. I have spent 36 years teaching and supervising students from kindergartners to doctoral candidates. I have been writing weekly columns for 27 years, discussing the old and the new in many subjects. The world has changed dramatically over those years.

I grew up with a rural battery-powered telephone system with eight other farms on the party line. Now I can make calls and e-mail people around the world in an instant. On some days I agree with Martin Luther King that “the arc of the moral universe is long, but it bends toward justice.” On other days I’m ready to open all the animal cages in zoos and fill them with animals who look like Homo Sapiens. On some days we have taken two steps forward and one back. It seems in the last half century we have taken one-half step forward and two back during the terms of four Republican and two Democratic presidents.

Now we will even have six Roman Catholic “originalists” on the Supreme Court who want us to go back to the “founders” language and knowledge of 240 years ago to help us make decisions affecting 350 million people today.

In the Republican and Trumplican years we have flooded the country with guns, billions of dark campaign money, tax cuts for the rich, Jim Crow voting suppression laws, Indian voting suppression laws, created $1.7 trillion in student college debt, forced Phoenix to have 144 days of 100 degrees or more in 2020, destroyed public and private unions, “gentrified” cities, making them unlivable for the middle class, passed 480 laws limiting legal abortion, supported expensive “free market” health care instead of ObamaCare, deregulated business and pollution control laws, decreased the size of national monuments, failed to control the legal drug market killing 70,000 per year, ranted and voted against same-sex marriage and the LBGTQ+ community, refused to wear masks and stand six feet apart, and denied climate change while walking backward, forcing the arc of history to bend toward disaster.

Judge Amy Comey Barrett says she is an originalist like Justice Antonin Scalia: “I interpret the Constitution as a law, I understand it to have the meaning that it had at the time people ratified it. That meaning doesn’t change over time.” Please ask Thomas Jefferson what the word “cool” means—then ask a teenager what “cool” means today. With an MA in English Literature and a career of teaching English, Journalism, and Creative Writing, I have been fairly close to the meaning of language. The real fact is language changes constantly.

It’s dead now and waiting to give up its organs and other usable parts. Living a 21st Century life requires a transplanted living Constitution, not a dead one written in the 18th Century. We don’t need all this lawyer drivel when determining what is right for our country today. We will have six originalists on the Supreme Court following a dead Constitution and the 14th Century ideology of the Vatican. As discoveries on earth and in sky expand the mind, truths continue to emerge from rock-hard fossils and laboratories.

George Washington, the richest white voting man in the colonies who notarized the idea that all men are equal while owning 125 slaves, led an army armed with muskets. An expert musketeer could get off a round every 30 seconds or so. A recruit needed about a minute. Should we base 21st Century gun control legislation on the musket—or on living deadly AR-15-style firearms that can fire 700 rounds a minute if one could keep the barrel cool? Or a .50 caliber sniper rifle that can destroy an engine block a mile away? Or a 12-gauge “Streetsweeper” with an ammo drum loaded with many rounds of buckshot? It would take 300 musketeers to equal the firepower of a Michigan militia gun nut with an AR-15 stalking a Black Lives Matter protest.

Did Thomas Jefferson think of climate change when his horse farted methane into the clear Virginia sky? Did he think of giving his slave Sally the vote while he was sexually assaulting her on two continents? Did the rich white guy Roger Sherman think of bullet trains and A380 jets carrying 500 passengers for 10,000 miles at 500 miles an hour while riding in his oxcart? Did our first postmaster Benjamin Franklin think of e-mails, money-by-wire, a 5G phone, and even the telegraph and texting while helping one of his mailmen load up his pony with mail? Did Ben think of steam, electric, and nuclear power while holding that key during lightning?

James Madison, another rich “founder,” was so worried about his rich white rights he wrote 85 essays after the Constitution Convention called The Federalist Papers outlining his conservative ideology. He thought the Negro might be worth three-fifths of a white man but could never rule himself. The Federalist Society of today still feels the same way. The Federalist views created the white-hooded Ku Klux Klanners with their Christian crosses and the 200 Jim Crow laws in the Confederate states after the Civil War. They have morphed into all the voting suppression laws and the alt-right Michigan Wolverine Watchmen, Proud Boys, Boogaloo Bois, The Order, The Oath Keepers, and the Three Percenters militia gangs strutting around capitols and BLM protests with AR-15s with their 30-round magazines and 100-round drums--and their surplus military cammies. They created Timothy McVeigh.

George Mason was another white “founder” who fought for states’ rights at the Convention. George Mason University is named after him. It just named its law school after “originalist” Justice Antonin Scalia, Barrett’s mentor. Scalia, as a Vatican-inspired Roman Catholic, voted against LBGTQ+ rights, same-sex marriage, and transgender rights because he believed gays were “intrinsically” and “objectively” disordered. Gee, I wonder if his Roman Catholic clerk Barrett feels the same way. The Indian tribes, our real founders, often named gays as shamans, the spiritual leaders of their tribes.

It’s too bad rich white “founder” James Wilson lost his argument at the Convention that the people should vote for the president instead of voting for electors who then vote for the president. How many 18th Century rich white guys could predict that California would have a population of 40 million represented by two senators, and Wyoming with 300,000 represented by two senators? What an electoral and democratic mess we’re in. It’s time to recognize that treating cancer with 21st Century drugs, chemicals, and radiation is better than applying 18th Century leeches and blood-letting.

Why Not Substitute The Seven Fundamental Tenets Of Living For The Constitution?

It has come to pass we have four religious “denominations” fighting to replace our democracy with a theocracy. The Christian Dominionists led by Senator Ted Cruz of Texas and former Minnesota Representative Michelle Bachmann are preaching theocracy. We have the evangelical Christians led by the immoral sexual deviate Jerry Falwell and the White Lives Matter leader Franklin Graham who claims Saint Donald is “THE CHOSEN ONE.” The evangelicals have swallowed the Christian Identity Church “theology” that Blacks were created by God to serve Whites. And then we have the Roman Catholic bishops and the Vatican trying to push us back to the 14th Century. We would all be better off if we followed the seven tenets of the Satanic Temple formed in 2013:

1. One should strive to act with compassion and empathy towards all creatures in accordance with reason.
2. The struggle for justice is an ongoing and necessary pursuit that should prevail over laws and institutions.
3. One’s body is inviolable, subject to one’s own will alone.
4. The freedom of others should be respected, including the freedom to offend. To willfully and unjustly encroach upon the freedom of another is to forgo your own.
5. Beliefs should conform to our best scientific understanding of the world. We should take care never to distort scientific facts to fit our beliefs.
6. People are fallible. If we make a mistake, we should do our best to rectify it and resolve any harm that we may have caused.
7. Every tenet is a guiding principle designed to inspire nobility in actions and thought. The spirit of compassion, wisdom, and justice should always prevail over the written or spoken word.