In Pace Requiescat: Best of The Dark Underbelly

All the personnel, or should we say cast, of The Dark Underbelly

Just in time for Halloween … If you’re looking for something beyond the usual “haunted house” soundtrack, this album will sound great blasted from your porch, creepy rock music that isn’t “Monster Mash.” It might scare away some trick or treaters, but maybe you’d prefer the kids in disturbingly macabre homemade costumes who say, “What is that and where can I get it?”

The Dark Underbelly existed only five years in the Twin Ports, producing weirdo horror prog rock in their short, exuberant lifespan. It was more of an institution than a band, with no fewer than 10 musicians passing through its ranks. At first listen they come across as a curiosity, with a lead singer who’s like a bar owner drunkenly abusing his own karaoke machine, and lyrics like, “Lick out the inside of your pretty head.” Then you notice the musicians know their stuff and they rock. If you gaze into the abyss longer, you find it’s heavier than you bargained for. Their last album, “Sons of Bert,” proved they weren’t just a camp novelty.

They’ve produced three studio albums, two live, two EPs and now this, a mix of songs from earlier albums and “previously unreleased” material. Can local bands have “best of” collections? Don’t you get to do that only if you’ve had some Top 40 hits? But now that musicians have the wherewithal to control their own marketing, they make whatever collections they royally deem fit.

The new material isn’t exactly new, just different versions of earlier songs. So between all their albums there are now three to four takes on chestnuts like “Judy Garland’s Dead,” “Happy Blues for Jeffrey Dahmer”, “The Ape” and “I Hate the Country.” What was wrong with their earlier versions that they needed new ones?

The artists no doubt have their reasons, like Stanley Kubrick doing 88 takes of a single shot, or more like the 1994 movie “Airheads,” in which Brendan Fraser defends his decision to bring only a reel-to-reel recording: “A cassette makes my background vocal sound like someone’s stepping on my nuts.” To which an aghast Steve Buscemi replies, “God, Mr. Perfectionist!” The new versions are tighter and heavier, but I still prefer any original with Armond Blackwater on keyboards. There are already two drafts of “The Irremediable” on their first album and a new one here. Clearly there’s a bit of obsessive-compulsive disorder going on. But what else can you expect from a band that revels in head problems?

You can go to TDU’S Bandcamp page and hear their entire collection, so a retrospective is already there. You might start with the “Master of Skulls” EP, which in four punchy tunes can tell you whether or not you want to hear more. Lot of people will find them unlistenable, as expected. When Suzie Creamcheese said 54 years ago, “These Mothers is crazy,” she did not foresee the emergence of The Underbelly. They deal with death, depression, alcoholism and suicide with all with the subtlety of a gory campfire tale. This album’s title is from Poe’s “The Cask of Amontillado,” in which Montresor entombs Fortunato and says, as the last brick goes into place, “In pace requiescat!” (“May he rest in peace!”) 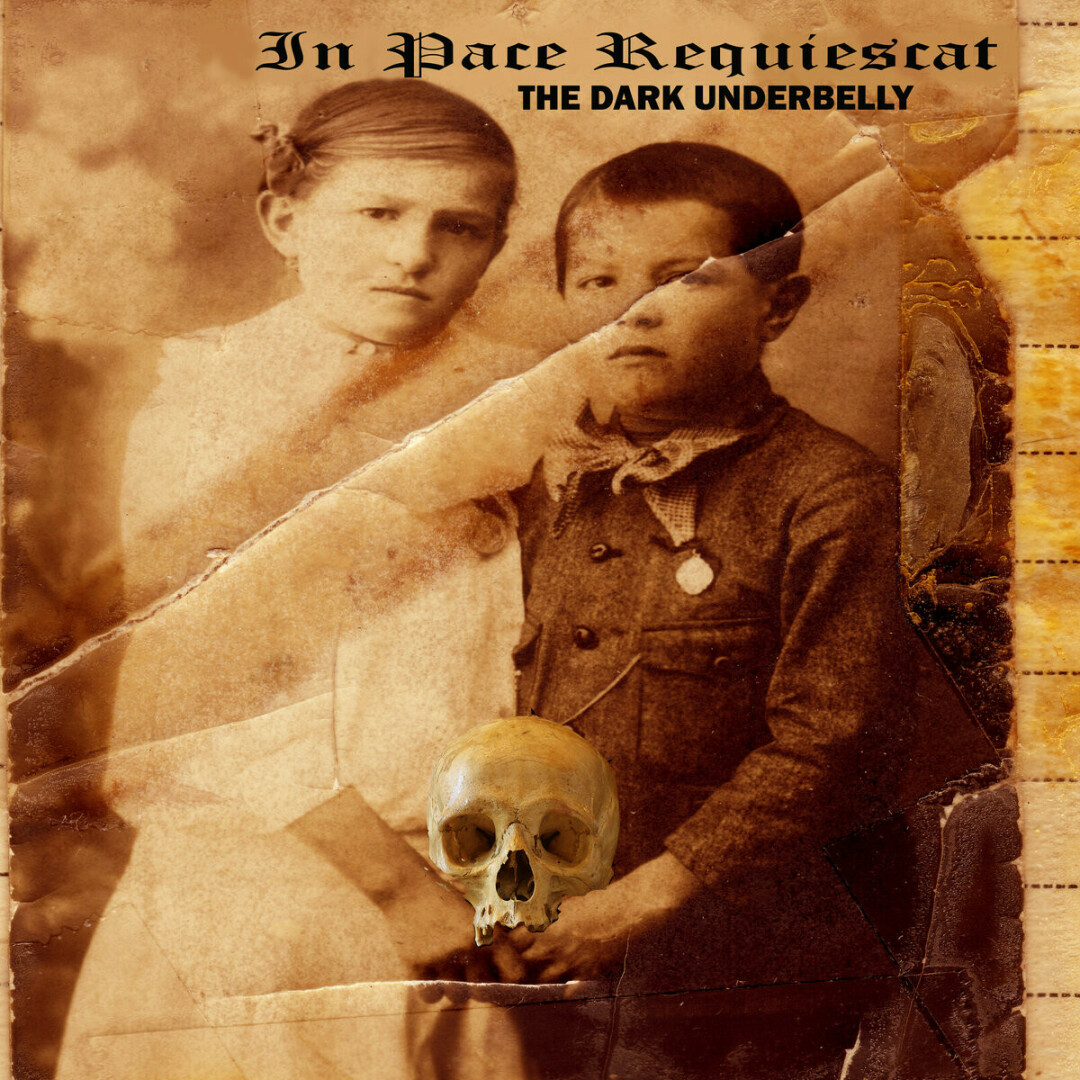 It comes out a mere two months after their magnum opus, “Sons of Bert,” and includes seven unaltered selections from that album, which seems redundant. “In Pace Requiescat” may be epic in scope but the songs have the disadvantage of being out of context from their original albums. “Time the Black Ship,” for example, was the penultimate closer to “Sons of Bert,” and being part of a concept album, it had the impact of accumulated horror. Here it’s also the second-to-last song, but near the end of 22 exhausting tracks it feels plodding, at least until the pace picks up in the second half.

A few revelations can be found here. I generally pegged lead screamer Robert Petoletti as a singer who doesn’t even try, an anti-talent whose act is a middle finger to the vocal acrobats who populate “The Voice.” But it was unlike anything else out there; whether it was actually good seemed secondary. Turns out his voice is more disciplined than I gave it credit for. He shouts in key, like Roger Daltry’s scream in “Won’t Get Fooled Again.” He doesn’t have Daltry’s range and strains on the high notes, but he whales the hell out of the octaves he comfortably inhabits.

Nick Petoletti on the drums brings to mind how Keith Richards described John Bonham, “thundering down the highway in an uncontrolled 18-wheeler.” (Richards was being critical, but sounds like a compliment to me.) Along with Calvin Lund on bass, they create a formidable low end. Eric Lund is an amazing guitarist, stealing the show whenever Robert needs to take a breath. Diane Petoletti adds electric violin like a rusty coffin hinge, inducing the urge to look behind you and making this more than your basic dude metal band, but she’s always accompaniment. I would have liked to have heard some lead-guitar-like solos.

Other musicians who have walked these dank halls, and thus appear on this album, are Mike Carlson on mandolin, Cory Davis on bass, Jesse White on bass and Jake Wynn on keys. Perhaps they’ll have interesting tales to tell to their grandchildren or a biographer. Or perhaps what happens in The Dark Underbelly stays in The Dark Underbelly.