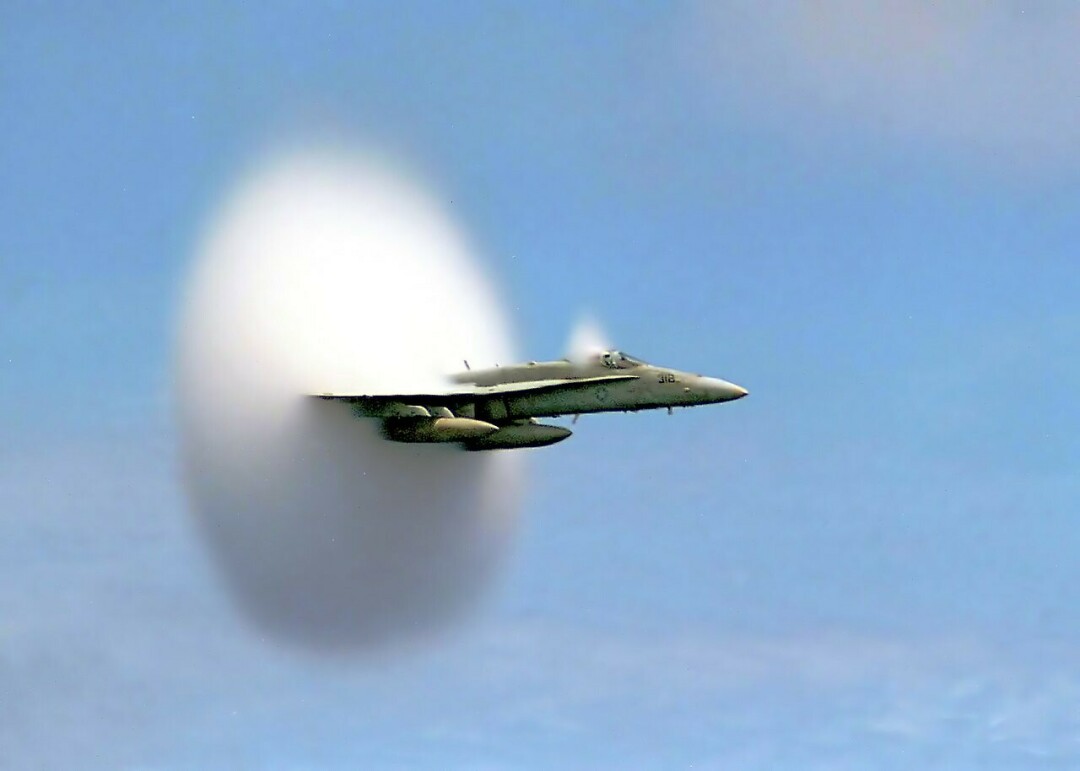 Where Was That Messenger From?

During the vice-presidential debate there were three beings on stage who tried to obey the established rules that responses to questions must be limited to two minutes: two were moderator Susan Page and candidate Kamala Harris, the other was a fly that landed on Vice-President Mike Pence’s head. Actually, the fly broke the rules, too. He was on Pence’s hair for two minutes and three seconds. The fly has been the most fascinating character in the 2020 campaign so far—and it was very black. I was smitten by the fly immediately. Was it a message from some powerful being in outer space? But it didn’t move. Did it drop dead? Was Pence wearing killer hair oil? It just sat there, unlike any flies with which I have been acquainted. I remember how flies would attack me and annoy cows on a chilly fall day while milking. I had to duck swishing tails and powerful kickers and protect a bucket--while hanging on to teats and brushing flies off my face and arms. Those barn flies never sat in one place for three seconds.

Then it came to me. I was watching a pregnant fly lay eggs on Pence’s head! The common barn fly lays eggs resembling grains of rice, most often in rotting things, manure, dead animals, etc. The eggs then hatch in 24 hours, birthing creepy white maggots that consume waste and dead materials. Maggots chow down for five days. Then they turn into flies and the whole process starts again. Why would a single fly be so occupied in laying eggs on Pence’s head? Would it be because there is little life there? Inquiring minds want to know. Pence certainly exhibited he was brain-dead by constantly interrupting Page and Harris, running way over his two minutes, and spouting Trump nonsense to an embarrassed nation. He is definitely a queer duck. ‘Tis said he never meets or has lunch with a woman if his wife is not present—and he calls his wife “Mother.” Is he afraid of rape? Can’t he control his impulses? Why does he show such contempt for women? Even a pompous ass would shut up after hearing “Thank you, Mr. Vice President!” twice! Voters want to know. Anyway, the fly searching for a good egg spot is the most scintillating political event so far in a very boring campaign.

An Apprentice Who Could Never Graduate To Journeyman

Four years ago electors representing a minority of voters cast their vote for an apprentice president who had never served a day as a public servant. Actually, his opponent received 2.9 million more votes. An apprentice signs up for a specific period of time to learn a skill, a art form, a trade, a business. Alas, we elected a rich never-do-well incapable of learning anything because he is consumed every second by his narcissistic psychopathic self. He fits every criterion for both psychopath and sociopath listed in the Manual for Mental Deficiencies prepared by the American Psychiatric Association.

In the short span of four years he has withdrawn the United States from being a moral force in the world admired by most countries to one that most pity. He loves the killers leading North Korea, Russia, and Turkey and hates the leaders of Germany, Canada, and the Scandinavian countries. He has turned us into a banana country suffocating with rotten political bananas. But I digress. One of our Ohio-class nuclear submarines is armed with 24 Trident II ballistic missiles, each carrying eight nuclear warheads with each having the power of six Hiroshima bombs. And this psychopath can reach the nuclear button on the Resolute desk in the Oval Office. The 25th Amendment should be used immediately to remove him far from the button. Pence, at least, is probably waiting for the Christian Rapture.

What Are The Important Issues In This Election?

Ninety years ago we were in the Great Depression. It was a period of 25% unemployment. Desperate unemployed workers were selling apples on the streets. Bankers were splattering themselves on Wall Street sidewalks. The homeless were living in thousands of Hoovervilles named after the president in charge. I remember reading about the time he approved $100,000 to feed starving cattle—but refused to sign the same for feeding human beings.

With this COVID-19 pandemic, we are already in another Great Depression. Soon we will have millions of citizens living in Trumpvillas when they are evicted or foreclosed on. Here are a few of the real issues facing this country after 244 years of trying to form a “more perfect union.”

Income Inequality. In the first Gilded Age for the superrich the Vanderbilts built their 254-room mansion outside of Asheville, North Carolina alongside a huge winery and cattle barns. John D. Rockefeller cheated and gunned his way to a fortune estimated at $700 billion in today’s dollars with his Standard Oil monopoly. His breakfast prayer was always about money. In 1980 Ronald Reagan lay the groundwork for the second Gilded Age by bringing his “Greed is Good” culture to Washington with tax cuts and the abolition of business regulations.

Before the pandemic, 80% of Americans were living paycheck-to-paycheck while 20% were dashing to the bank. Goldman-Sachs made a $3.62 billion profit in the third quarter while 30 million were getting tiny unemployment checks. The One Percent didn’t know what to do with all their money so they decided to play the lottery on the Wall Street Casino for the thrill of making more. The richest One-Tenth of One Percent owns wealth equal to the Bottom 90 Percent. The 50 superrich increased their net worth by $339 billion in the eight months of the pandemic, equaling the money and assets of the bottom 165 million. The bottom 165 million now hold just 1.9% of all household wealth. That means the top 50% of 165 million hold 98.1% of household wealth. It’s shocking to learn that the Top One Percent holds 30.4% of all household wealth. This is the second Gilded Age.

Anyone in his right mind knows this will not stand for long. When hunger, thirst, and misery take over, the heads will start to roll into baskets. The 1929 Great Depression hit male jobs hard. The 2020 Great Depression is female dominated. Women have been laid off at much higher rates than men. Women hold more low-wage jobs. In September alone 865,000 women dropped out of the labor force. Women have two-thirds of the minimum wage jobs. Women carry two-thirds of all student debt. Over 25% of white female-headed households are living in poverty; Black and Latino woman-headed households are at 30% poverty. Black women make 62 cents for every dollar earnd by White men. This, by far, is the greatest political issue in 2020.

Healthcare. I have spent 55 years studying our healthcare “system”—28 years on teams negotiating salaries, benefits and other issues for over a thousand employees, and 27 years writing columns on the second greatest issue in the 2020 election. At this point, whatever the “system” is, it is providing the best care in the world for the Top Twenty Percent in the United States and the worst care in the industrialized world for the Bottom 80 Percent. The battle between medical “do no harm” and corporate greed has reached obscene levels. Here are a few examples among millions of obscenities:

1. Dr. Zachary Sussman of Austin, Texas went to his hospital’s emergency room for a $175 COVID-19 test, just to be sure. He thought it would be free because he was an employee of that hospital chain. He got a bill for $10,984 for the test—which his insurance company paid! The emergency room was “out-of-network.” Greed won again.

2. A 60-year-old COVID-19 patient in critical care was transferred by helicopter from one Philadelphia hospital to one 20 miles away because it had more appropriate equipment. She survived after a six-week stay. She got a bill for $52,112 just for the ride. That air ambulance service, owned by a private-equity firm in the business to make a lot of money, did not have a contract with her insurance company, so it refused to pay the bill. The ambulance service is now being sued multiple times for such billing practices.

3. A survey by Kaiser Family Foundation has determined the average health insurance family premium has gone up 4% to $21,342 for 2020. Twenty years ago the average family premium was $5,791. Since 2010 the family premium has gone up 55% while wages have increased 27% (or practically zero for the bottom 80%) and inflation at 11%. Americans pay on average twice as much as persons in civilized countries with universal coverage pay. Why do Americans pay ten times more than a Canadian or Mexican for vials of insulin? Why did my last hip replacement cost about $60,000 when I could have gotten one in Thailand or India in a first-class hospital for $6,000 plus air fare--plus a week’s vacation?

COVID-19 has made it very plain. The only solution is to go to a single-payer universal care plan run by a government which sets prices. Let’s retrain all those insurance company CEOs and workers to actually provide health care to patients instead of trying to screw them out of it. UnitedHealth Group, the nation’s largest insurer with 320,000 employees, made $3.17 billion in profits in the third quarter off the sick and dying. Why don’t we put white coats and nurse uniforms on those employees so they actually treat patients instead of shuffling rejections?

Freedom Of Religion (and Freedom From It). Over my years, when religion ever entered my mind, Hamlet’s opening lines in a soliloquy followed my thought: “To be, or not to be, that is the question: Whether ‘tis nobler in the mind to suffer the slings and arrows of outrageous fortune, or to take up arms against a sea of troubles and by opposing end them.” He later says we dread what happens after death because no traveler has returned from Heaven or Hell to describe the environments.

On freedom of religion: I’m not against the Christian Tennessee Snake-Handlers wrapping rattlesnakes and cottonmouths around their necks while dancing to hymns and speaking in Pentecostal tongues, just don’t try to wrap a snake around my neck and try to convert me. We have come a long way from when some humans thought clocks and watches were so amazingly complicated that only God could have made them. We are now so dominated by science and technology, the decline of religious commitment around the world has been predictable. Religions have too much of the ignorant medieval in them. The fact that white evangelical Christians have decimated the Christian religion by voting for an immoral narcissistic psychopath because he promised them pro-life and anti-homosexuality judges simply boggles the mind. (My God! “The Chosen One?”) The evangelicals and conservative Roman Catholics lost the LBGTQ+ “intrinsically disordered” and gender argument in a historic blink of an eye.

In 2020, 1,006 homosexuals ran for office in primaries. The November 3 ballots have the names of 574 openly LGGTQ+ candidates put there by voters.

Another example of universal acceptance of the LBGTQ+ community: Trevor Meyer, a senior at Clovis High School in California was elected Homecoming Queen by his classmates. Trevor is “gender neutral”: sometimes he feels like a girl, sometimes like a boy. Previously, as a junior, he had been nominated to run for Homecoming King. He defeated three girls for the crown this year. He has masculine and feminine clothing. For his half-time coronation as queen he wore six-inch heels and a sleeveless dress—and stood next to King Kenneth Lim. They both received loud cheers from the crowd in a conservative town. Time no longer marches on. It dashes on.