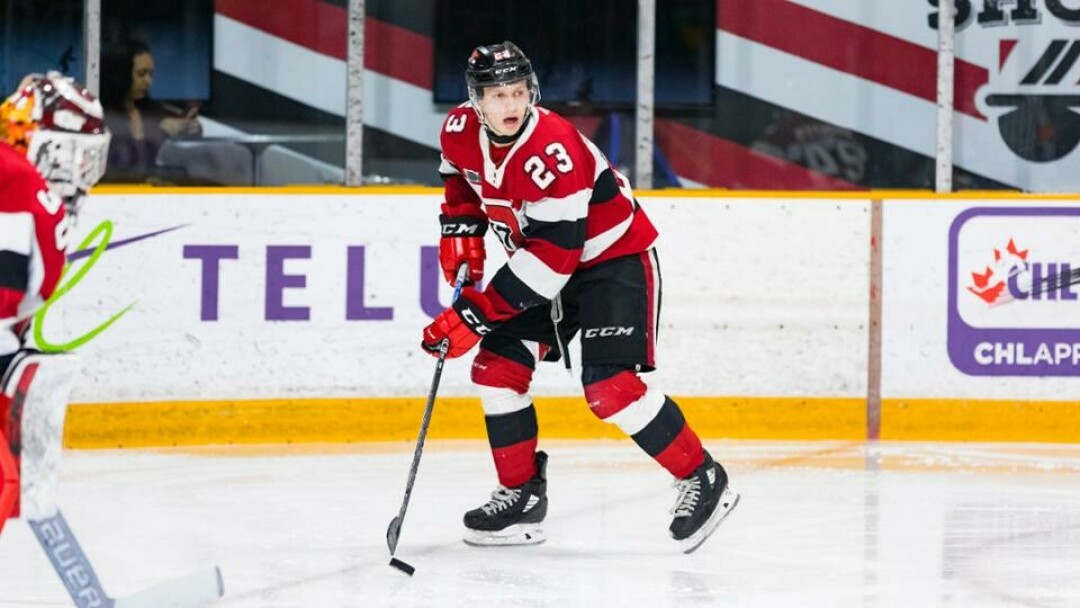 LARSMONT ... Last week was a busy week for the Minnesota Wild and the NHL. The ability to make trades was still open for business. The annual NHL Entry Draft was held. To finish up an exciting week, the Free Agent signing period commenced on Friday. The Wild were actively involved in all three phases. The impact of GM Bill Guerin’s efforts won’t be apparent immediately. But he has shown the fan base that he is not going to sit on his hands.

First off, the trades; we were already aware of the Nick Bjugstad deal with the Pens. Also, we knew of the Eric Staal to Buffalo deal for Marcus Johansson. Guerin has also sent netminder Devan Dubnyk, and a 2022 7th round pick to San Jose for a 2022 5th round pick. The Wild retain 50% of Duby’s salary in the deal. Also, the club dealt Ryan Donato to the Sharks for a 2021 3rd round choice. Guerin also obtained forward Nick Bonino from Nashville along with Nashville’s 2nd and 4th round picks in last week’s draft. Heading to the Predators was forward Luke Kunin and the Wild’s 3rd round 2020 pick. I’m going to double-check this because, before the draft, the team didn’t have a 3rd round selection.

There was a slew of other signings regarding AHL personnel and others not in the big club’s plans. The first round of the Entry Draft was last Tuesday night. I was skeptical going in, but it’s believed the team made a positive effort here. The selections went like this:

I’ve seen a few analysts do their “rank the draft” articles. The two I place the most credibility in gave Guerin a B+ and an A+. That’s encouraging as the entry draft has been a veritable crapshoot for this team forever. Before the draft, there was speculation that the team would select Anton Lundell. He is a high ranking forward from Sweden. I believe Guerin got a better choice in Rossi. Playing for the 67’s this past season, he accumulated 120 points in 56 games on 39G and 81A. Will he translate to the next level? Time will tell, but my info says that scouts are more excited by him than Lundell, who was selected 12th overall.

For Guerin to end up with three picks in the top 40 is very respectable. To elevate to four choices in the top 100 was a minor coup. Rumors are that the team will sponsor classes for fans on how to pronounce “Khusnutdinov.” The way I read it, it is kooz-noot-da-nahv. Sure. Say that 10 times quickly.

He was the 12th ranked European skater by NHL Central Scouting in their pre-draft final rank.
He acquired 38 points in 44 games on 13G and 25A for SKA St. Petersburg in the Russian Junior League. I am interested in seeing how this kid will develop.

Friday’s free agency kickoff was an exciting day of sorts. As always, there are surprises and then some expected signings. But given the circumstances, logistics, and finances of some clubs in this pandemic year, it wasn’t business as usual day. With Guerin moving Dubnyk out, there was a lot of anticipation about what Guerin would do with the goalie spot. I thought he would seek a way to land the VGK’s Marc Andre’ Fleury, a former teammate, and Cup Champion. The Knight’s are in the process of rearranging their salary cap structure and were also going to re-sign and anoint Robin Lehner as their number one. They did re-sign Lehner, but as of this writing, Fleury is still on their roster. Without a move, the Knight’s will have $12 mil tied up in their big club goalie position. That won’t stand.

The Wild would have had to make some cap adjustments to fit Fleury in, but this player is a star. And I believe he still has a couple of seasons left in him at the number one spot. We will see what happens with him. Guerin could not work it out and opted to sign veteran netminder Cam Talbot to a three year-$11 mil deal. This signing is an interesting acquisition. I have admired Talbot over the years but am left to wonder what he has left at this point. He won a Cup with the 2006 Carolina club. He has appeared in 314 NHL tilts with a 150-122-25 record. His career averages are a 2.61 GAA and a .915 SV% with 22 shutouts. He will bring in a veteran presence in goal.

I have thought that what we observed from Duby last season was an anomaly. His wife was going through an intense medical situation. This led Devan to take leave from the team. I honestly felt that he had an excellent opportunity to return to form with a good offseason training regimen. Guerin, I guess, felt otherwise. Overall, I think last season was just one of those years for Duby. Bill desired to make a statement, and he made it through Dubnyk. I’ve always had a cocked eyebrow when it came to this club’s handling of its netminders. Impatient is my key operative here. It appears that that remains unchanged.

I’ll sit back and hope that Talbot is the benefactor of what still is an excellent group of defensemen. If and when this club is ready to be an actual Cup contender with a real chance to win, I doubt that it will be with Talbot between the pipes. That’s just my two cents worth.

I believe that one of the more critical signings Guerin achieved was in forging a new deal with former UMD star Carson Soucy. He stays on with an agreement to a new 3-year, $8.25 mil deal.
The Wild are a better team when he’s in the lineup. Forward Jordan Greenway was also retained with a new 2-year, $4.2 mil deal, and Nico Sturm was re-signed to a 2-year, $1.45 mil contract. I’m imagining the deal for Greenie came with a stiff talking-to from Guerin about hitting one’s “potential.” He is but yet another Wild property that usually leaves the fanbase wanting for more. Consider me in that boat as well. I envision him dominating games with his size, but he has yet to develop that mentality to his game. Still hoping, I think.

I’m glad Sturm is staying. As an RFA, he likely wasn’t going anywhere, but after observing him in a recent Frozen Four, I believe this kid has a lot of upside that we haven’t seen yet.

The beginning of the regular season has not been established yet, but you would have to think that the upcoming Winter Classic, with the Wild as hosts, won’t be held this year. After seasons of waiting, this is a significant disappointment. In a perfect world, the Wild will get the first chance at one when the world returns to some sort of “normal.” If that EVER happens! PEACE