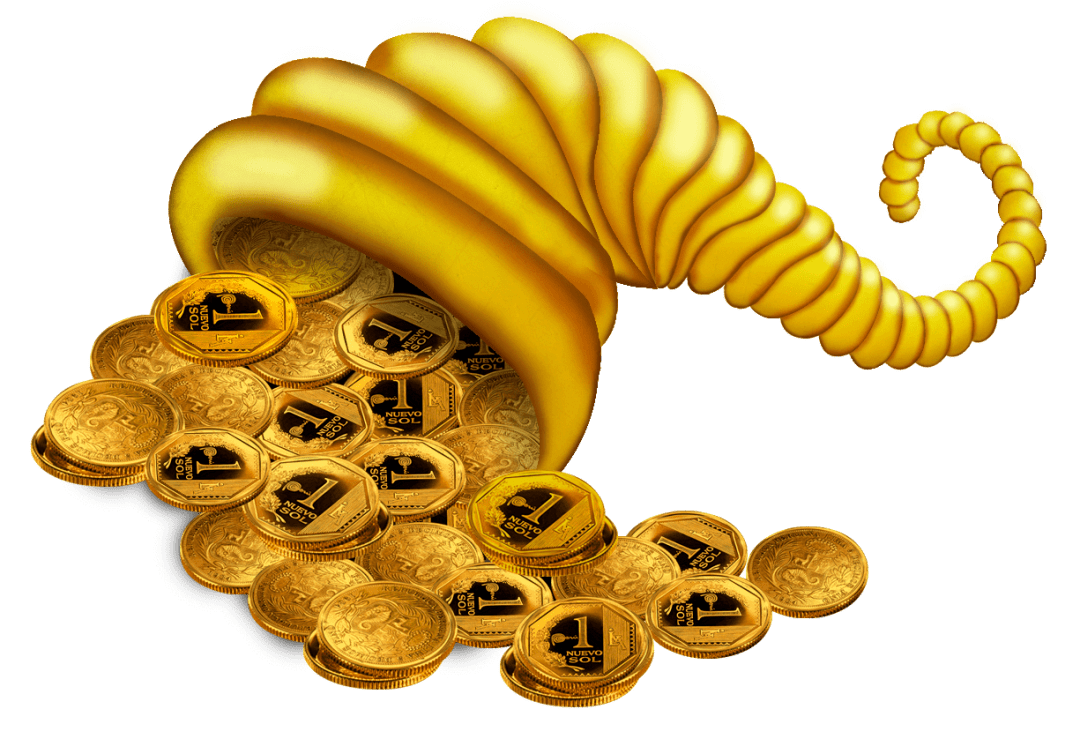 Are Diamonds a Billionaire’s Best Friend?

An analysis of our economic condition indicates that 80% of Americans are actually in a depression greater than the 1929 Great Depression--while 20% at the top are living in a kind of Gilded Age. The highest earners have been left relatively unscathed because they can run away to country estates, elaborate bunkers in old missile sites, island tax havens, and still have their banks collect checks from investments. Some billionaires have added billions to their bank accounts. The Great Depression and the following Great Recessions hit manufacturing and construction jobs—but not this one.

Nine of the ten hardest-hit are service industries staffed by low-wage workers in the hotel, restaurant, hospitality, nursing home, and childcare industries. COVID-19 has eliminated low-wage jobs at eight times the rate of relatively high-wage jobs. We currently have 28 million on unemployment and millions of other self-employed and unemployed sitting at home without any relief. Many of the 80% living paycheck-to-paycheck before COVID-19 entered the U.S. are now not getting any checks. This is the sharpest economic contraction ever recorded in the U.S., according to government economists. Six in ten college-educated workers could work at home, only one-in-seven with high school diplomas could.

Hunger In The Richest Country In The World

People are going hungry. Feeding America, a network of more than 200 food banks scattered around the country, estimates that the total need for charitable food in 2021 will reach 17 billion pounds, or three times what was needed in 2020. The Greater Boston Food Bank, as an example, started the year giving out one million of pounds of food a week. It is now up to 2.5 million pounds a week. The Boston food bank is now giving out in a month what it did in a whole year 20 years ago. In March of 2020 over 18 million American adults reported they weren’t getting enough to eat. In August of 2020, 10%, or 22.3 million adults, said they didn’t have enough to eat. About five million children live in households that cannot afford sufficient food. In six months the U.S. food stamp program has risen by six million participants. IN THE RICHEST COUNTRY IN THE WORLD. In Massachusetts, one of the wealthier states, food security has gone from 1 in 13 to 1 in 8 in six months for adults—and is much higher for families with children. A Feeding America survey revealed a 56% average increase in demand for food in just six months. In August it distributed 593 million meals, a 64% increase from March. Food banks, by the way, receive no federal monies, but are supported by private individual contributions.

Meanwhile, Back at the Bunkers, The Hamptons, The Yachts and Jewelry Stores

Jackson Hole, Wyoming is at the center of Teton County, the richest county in the entire United States. The landscape is among the most beautiful in the country. It is the summer and winter vacation spots for much of the One Percent. And they think they can hide from COVID-19 there. After the virus hit the U.S., the Jackson Hole airport was so crowded with private jets they could hardly keep the runway free. The small terminal was filled with hundreds of rich virus “refugees.” Some jets even carried in medical supplies and ventilators in case the passengers caught the virus.

Teton County has the country’s widest disparity in income between the Top One Percent and the Bottom 99 Percent. As early as April of 2015 the Top One Percent in the county earned an average $22.5 million a year. The county has the highest per capita income in the country. But the rich don’t seem to care about the service workers who staff the local stores, gas stations, and other service businesses. Here’s a reaction from a busy airport worker: “It’s disgraceful these people do not understand the severity of the problems. It makes it uneasy to provide the services to these kinds of people. I live paycheck-to-paycheck and I don’t have much saved up to my account to handle a serious illness.” Because of the loss of jobs the Teton County working class is faced with unaffordable housing, stagnant or no wages, and very poor rural health systems—and hunger. Teton County is Paradise for the rich and Hell for the poor. IN THE RICHEST COUNTRY IN THE WORLD.

Survival Condos Around The World Are Selling Like —Diamonds!

The New York stores of the superrich like Macys, Tiffany, and Bloomingdales report that the rich who are briefly in town spend a lot of money on diamonds and jewelry because they are not spending money on cruises, travel, and expensive restaurants. Billionaires are dropping $50,000 for diamonds during a few minutes of shopping. Diamonds can be a good investment when the dollar devalues! Meanwhile there are a lot of hungry kids in New York. Survival condos constructed from old missile silos in the Midwest are selling like hotcakes. The silos resemble inverted skyscrapers. Some billionaires are buying Pacific islands and turning them into preppy survival bunkers. Donald Trump has an underground bunker at Mar-a-Lago, one at a Palm Beach golf course, and, of course, one at the White House.

As an example of a survival bunker, a missile silo in Kansas has been modified as a series of survival bunkers for 75 people. The 180-ft hole in the ground has been remodeled to be a 15-story condo building with at least a dozen apartments. Most have been sold. Half-floor apartments have sold for $1.5 million. Full-floor go for $3 million. A two-floor apartment has sold for $4.5 million. The condo association fee is $5,000 a month. This includes security by armed guards with machine guns. One dweller contributed 2,600 bottles of the finest wines. One resident from Manhattan has filmed the seasons in Central park so she can show them in her theater in the bunker.

Life underground ain’t bad. The silo dwellers won’t go hungry. Many have supplies that will last five years. There are underground gardens for fresh produce. There’s a fish farm. Staff handles all services. Three huge tanks hold 75,000 gallons of water. Pets will have treats every day fortified with table scraps. One apartment is styled to be a log cabin with fireplaces and a six-part screen of mountain scenes. Yoga classes can meet daily.

In case some of those five million hungry kids with their parents attack the complex because they are hungry, a computerized semi-automatic rifle will fire bullets in three-round bursts at them from a computer console. (Remember: a rich guy can sit at a desk in New York and hunt, pull a trigger, and kill an elk with a remote-controlled rifle in a Texas hunting ground by parting with about $25,000.) The site has three armories, each supplied with sniper rifles, AR-15s, helmets, gas masks, first aid kits, and non-lethal weapons such as paint balls, rubber bullets, and various pepper sprays. Outside and inside areas are loaded with cameras, thermal devices, and night vision equipment. Invaders would have to be real hungry. IN THE RICHEST COUNTRY IN THE WORLD.

Not Only Are The U.S. Poor Hungry, They Can’t Afford Water Or Electricity

The Guardian newspaper, although based in London, is the paper I depend upon to give me the unvarnished news of what’s happening in the United States. It sponsored an 88-page analysis of the price of water and sewage costs in 12 large cities in the U.S. The cost went up 80% in the last decade, resulting in the fact that 40% of the residents in some cities live in neighborhoods with “unaffordable bills.” In Austin, Texas, water bills went from $566 a year to $1,435 in the decade. In Tucson, Arizona, 46% of low income residents are facing unaffordable bills that have gone up 119% to $869 a year in the last decade. In San Diego, 62% of low income people cannot afford to pay the average bill of $1,416. That’s one in five of the total population. Seattle, a large city with the lowest poverty rate, has 13% of the population who cannot afford the water bills.

Nationally, one in twenty households have had their water disconnected because they can’t afford the bill. When the city of Detroit went bankrupt, it disconnected 141,000 households. Even the United Nations investigated this event because 80% 0f the Detroit population is black. The whole country should be embarrassed. Santa Fe, New Mexico has the most expensive water at $1,845. By 2030 it’s estimated that 99% of the Santa Fe poor will be unable to pay for water.

Before COVID-19 over one-third of the population faced difficulty paying utility bills. Over 25 million households may have their electricity shut off soon unless something is done by state or federal governments. Millions are threatened with eviction or foreclosure, putting them on the streets with the 600,000 who are already there. IN THE RICHEST COUNTRY IN THE WORLD.

What Will “THE RICHEST PEOPLE IN THE WORLD” Do About These Conditions?

The book The Psychology of Money coming out in November contains an interesting story of how a tech billionaire celebrated his success. He bought hundreds of gold coins valued at $1,000 each at jewelry stores, drove to the Pacific, and threw them flat into the ocean one at a time, seeing how many he could “skip.” How many angels on the tip of a pin would it take to discover why the billionaire did it? Why didn’t he drive down to Skid Row in LA and throw the coins at thousands of the homeless? Twenty-seven psychiatrists and mental health experts think The Donald is a psychopath. What would they think of this guy?

While billions of poor people on earth are starving, dying from COVID-19, going thirsty, being evicted, going homeless, and committing suicide, 2,189 billionaires in the world just pocketed $1.3 trillion more from profits made during the pandemic. Jeff Bezos of Amazon gained $74 billion in the last seven months, making his world-leading fortune well over $200 billion. He still refuses to pay hundreds of thousands of his employees a living wage. If he paid each of his employees an $80,000 bonus he would still have over $120 billion left for essentials. He owns several homes around the world while combining two adjoining Washington, D.C. mansions into one and installing 27 bathrooms for his personal use. Elon Musk of Tesla fame made $76 billion so far in 2020, fighting constantly to keep thousands of employees from unionizing. He totals out at a measly $103 billion.

Sotheby’s Auctions recently had an auction of hip-hop memorabilia where a $6 plastic crown once worn by the Notorious BIG sold for $594,750 and a 12-inch copy of a Beat Bop track sold for $126,000 when its “value” was estimated to be $3,500. A collection of 22 love letters from Tupac Shakur to his high school sweetheart brought $75,600—while children are going hungry and thirsty in the grand cities IN THE RICHEST COUNTRY IN THE WORLD.

Actually, billionaires in Sweden are quite popular, which is quite different from any other “civilized” country. Swedes have the highest rate of billionaires per 250,000 people. But Swedish billionaires are modest, do not drive fancy cars, don’t own fancy yachts, don’t own beautiful mansions, and eat with the “common” people in family restaurants. They also establish foundations to help cure the nation’s ills and give tons of money to worthwhile causes. Swedes are not interested in punishing their billionaires with punitive wealth taxes because they like how they participate in the nation’s business. And the Swedish billionaires are not IN THE RICHEST COUNTRY IN THE WORLD.