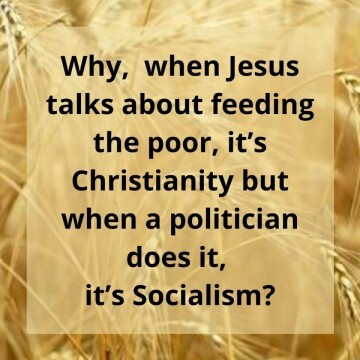 Northwest Wisconsin is electing a Representative for the House of Representatives. This election has the same candidates as the special election in May. The difference now is we have the House voting record of Tom Tiffany over the last few months. This record along with the information from the candidates’ campaign websites should be considered by voters.

In a recent article Wisconsin Public Radio news says Tiffany is the most conservative of any of Wisconsin’s Republican representatives based on his voting record. Looking at 72 roll call votes, WPR says he has been more than twice as likely to vote “no” than “yes” – even on bills with bi-artisan support. Here are a few examples.

• He voted against extending the corona virus unemployment benefits.
• He voted against the Great American Outdoor Act which provides funding for national parks and outdoor recreation (which is very important for Northern Wisconsin’s tourism industry).
• He voted against removing confederate statues from the U.S. capitol.
• He co-sponsored cutting federal funding to schools who chose not to reopen with in-person classes.
• He supported giving business legal immunity from corona virus related lawsuits.

On the issue of immunity for corona virus damage suits, Tiffany publicly stated that preventing employees who contracted COVID-19 from suing employers was one of the “most important” issues facing Congress. Apparently he believes protecting big business is more important than the health of their employees, controlling the corona virus, opening schools safely, or dealing with massive pandemic related unemployment. This is a clear statement of his priorities. Clearly the well being of most of us is not important.

As I wrote about in April, a look at at each candidate’s own words (from the “issues” page of their campaign websites) further illuminates the differences between the candidates.
Tricia Zunker, the Democratic candidate, identifies thirteen issues she thinks are important:
“Covid-19, Healthcare, the Farm Crisis, Education and Children, Standing up for Working People and Protecting Equality, The Economy & Infrastructure, the Environment, Rural Broadband, Caretaker Crisis, Protecting Social Security, Protecting the Post Office, Campaign Finance Reform, and Criminal Justice Reform.”

Both of these lists are quotes and presented in the same order as on the candidate’s websites. Let’s explore the more important issues for most people in the 7th Congressional district.
Healthcare. The current pandemic illustrates the failure of our expensive, fragmented, for profit, health insurance system. Many people lack insurance or have inadequate insurance. Tricia supports a voluntary “Medicare for All” as an addition to the Affordable Care Act options. She believes no one should die, go without care, or go bankrupt because they can’t afford to pay for medical care.

Tom Tiffany believes free markets and competition will solve the problems. He opposes any form of universal health insurance including “Medicare for All.”
Public Education. Many people are concerned about the funding for local public schools. Tricia Zunker supports well funded public schools. She believes vocational and college education needs to be “accessible and affordable.” She says the student debt crisis needs to be addressed. She says teachers deserve respect and should be valued for the important work they do.

Tom Tiffany does not list education as an issue on his website. However, we know he doesn’t support local public schools from his voting record as a Wisconsin legislator. He repeatedly voted for private school voucher programs. He supported massive cuts to public school funding.
Clean Water and Air. Tricia Zunker is concerned about the impact of mining and concentrated animal feeding operations (CAFOs) on water and air quality. She believes we must protect the environment and be careful stewards of our natural resources. She says we have an obligation to “tackle emissions and climate change to protect the environment for our children and grandchildren.”

Tom Tiffany does not list protecting the environment as an issue on his website. But it is clear from his statements on other issues that he does not support strong environmental protections or actions to reduce climate change. Speaking on supporting farmers he says he will work for “fewer government regulations so all Wisconsin farms can succeed.” This opposition to public oversight of business practices is a theme of his campaign. His voting record as a Wisconsin legislator shows support for mining, sand fracking, and industrial agriculture as his priorities.

Protecting Social Security. Tricia Zunker knows Social Security is a vital EARNED BENEFIT for Wisconsinites whether in retirement, on disability, or with survivor benefits. She opposes efforts to dismantle, defund, or convert the program to individual stock market based accounts.
Tom Tiffany does not address this issue but given his other statements it is clear he will support cutting and privatizing Social Security. In his mind social insurance programs are “socialism” and must be opposed.

Economy and Jobs. Tricia Zunker suggests a number of ways to build a better economy for northwest Wisconsin. She talks about strengthening “the middle class by focusing on manufacturing, small business owners, our farmers, education and career training.” She says
we need to increase “money in people’s pockets by increasing the minimum wage and creating good-paying jobs.” She says ending “tax giveaways to big corporations” and creating an ”infrastructure plan” to fix roads, bridges, and water systems is necessary.

Tom Tiffany is vague on this issue. He cites his experience running a small tourist excursion business and says he will “work with President Trump to ensure America keeps good, family-supporting jobs.” In talking about energy independence he calls the green new deal “socialism” that would “bankrupt Wisconsin small businesses and manufacturers.” Reducing “regulations” appears to be his solution for the economy. He thinks, despite any evidence, that free markets with less government oversight will create economic growth.

It is obvious which candidate will represent you, and your family’s well being, and which will represent big money interests. But don’t take my spin on these comparisons. Go to each candidate’s website and read it for yourself. Then VOTE.