Its Your Turn to Milk the Dragon 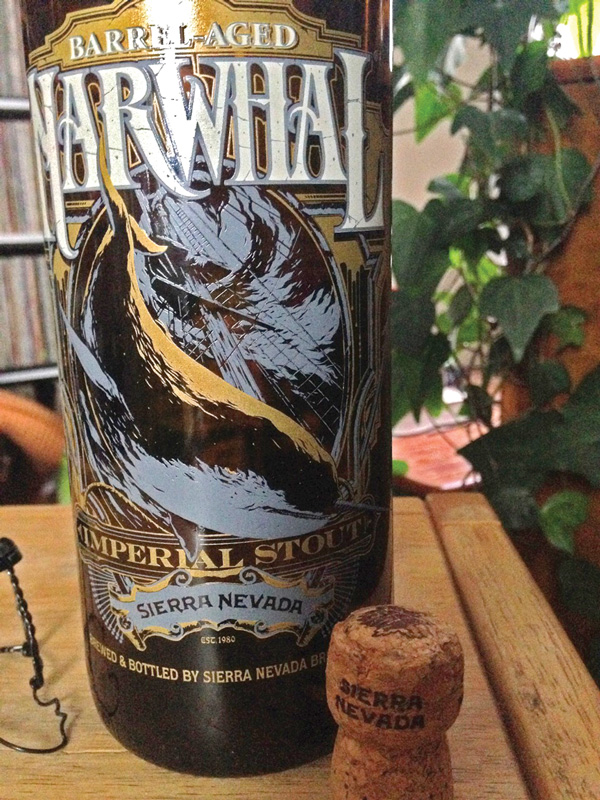 On a recent snowy day, after kneading a loaf of honey wheat bread until my arms felt like rubber bands and setting it aside to rise, I reached into the magic fridge and, thankfully, pulled out a bottle of Bourbon Barrel-aged Dragon’s Milk Stout from the New Holland Brewing Co. Oh, you lucky breadmaker!

I pour it into a friendly glass and take an inviting big whiff of dark fruits and chocolate. In the glass, it reminds of the starless and bible-black sky of Dylan Thomas’ fictional fishing village Buggerall (actually, he called the village Llareggub, but he meant Buggerall). I hold the glass up to the steely, snowy sky outside and total darkness envelopes the snowstorm and renders it meaningless.

And the first sip proves that what you smell is what you get. Stewed prunes and cacao in a creamy liquid with a deep, rich finish. It’s like a beery milk shake of lipsticking goodness.

I love this beer, but I wish I could get my hands on some of New Holland’s other specialty beers, such as Dragon’s Milk Reserve, which comes in a variety of intriguing flavors – aged in a coconut rum barrel, or in oak with raspberry & lemon or coffee & chocolate or vanilla & chai spices. Yum! Or their Blue Sunday sour ale, or their Pilgrim’s Dole, a wheatwine.

But in lieu of those awesome-sounding beers, which I have never seen in this part of the world, Dragon’s Milk will do just fine on this snowy day.

Halfway through the bomber bottle, my bread still has not risen. I probably added too many ingredients. I’m going to bake it anyway because I can always use another paperweight or doorstop.

As this luscious stout warms, the dark fruits become even more prominent, followed by a big, round chocolate flavor. The ethanol at the end also becomes more pronounced, reminding you that this is an 11 percent beverage.

As soon as I finish, I promise I will go outside to shovel out. Or maybe a nap first. So many decisions on a snowy Sunday!