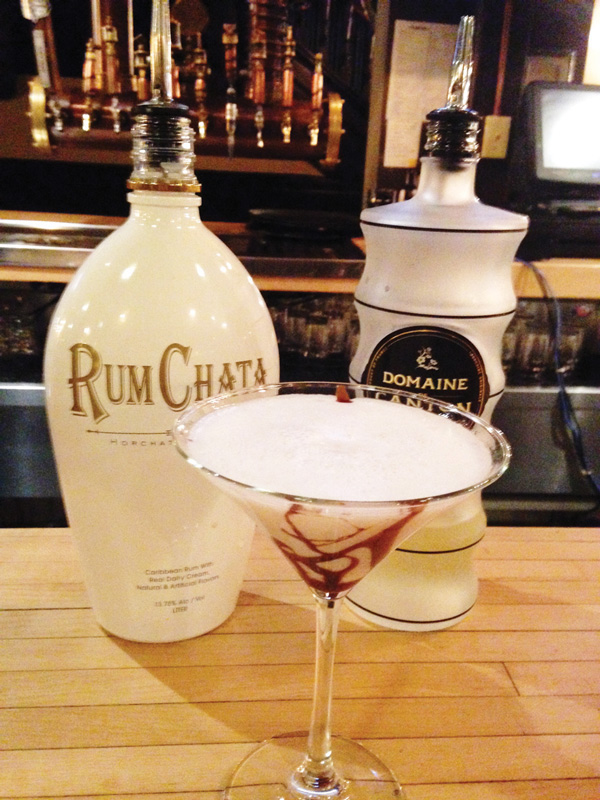 In this week’s quest for cocktails I headed down to The Blind Pig Gastro Pub & Ale House. Formerly Tycoons, the establishment made a few changes and reopened with a new menu and a cocktail list that caught my eye. They now have more live music such as their “Ham Jam” on Thursdays and the Sunday Blues night. Fridays and Saturdays feature various live music acts as well.

Featured Bartender: Travis Holt. Holt has six years of bartending experience but has only be living in the Duluth area for two months. He has worked down in the Cities at venues like the Dakota Jazz Club. As a Philosophy Major, he fell into the bartending business. He also does accounting, which he gained a degree in due to the lack of jobs in the field of Philosophy.

Interest’s and Activities: Holt loves outdoor activities and feels his move to Duluth is a good fit. Running, biking on his fat bike, basketball, going out to Lester Park with his dog, and tennis are just a few of the things he likes to do.

Favorite Music: Holt is more of a metal fan but he did admit to going to a Phish concert with his girlfriend recently. Progressive metal bands like Opeth and Dream Theater were on top of the list.

Featured Cocktail: The Ginger Bread Man. There are 14 feature cocktails on The Blind Pig cocktail menu and I chose this one for two reasons. First, it’s coming up on the holiday season and it seemed like a good drink to review for the colder weather. Second, I hate Rumchata, so I challenged myself to see if I liked this.

How is it?: It’s definitely a desert drink, perfect for after a dinner of comfort food and a handcrafted beer, which is pretty much what Blind Pig excels at. While I’m not a big fan of Rumchata, the addition of the Domaine De Canton, a ginger liqueur, really evened out the taste of the super creamy vanilla and cinnamon notes. It is served in a martini glass which is first drizzled with chocolate syrup, mostly for appearance. The Rumchata and ginger liqueur is knocked around a little in a shaker and strained into the glass which creates a nice frothy aspect from the cream and also adds a few shreds of ice in the mix. The chocolate syrup becomes more of a part of the drink as you get down to the bottom. I suppose one could get a stir stick and scrape it away from the glass. This might have been a good idea because the syrup is all that’s left for the last sip, which I was fine giving up. This drink at least made me appreciate that there is sometimes a time and place for Rumchata. The Ginger Bread Man has a low key amount of sweet, spice, and overall, pretty nice.