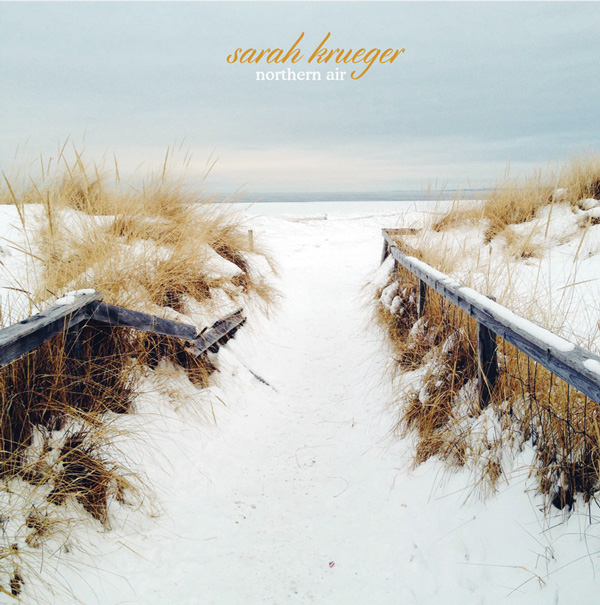 Sarah Krueger has definitely established herself as a noteworthy songwriter in the area. In 2014 she won “Best Album” in our Best of the Northland Poll with her album “Lustrous.” That release came out two years ago in December and in one month it topped the Electric Fetus best selling album list. That’s right, she sold more albums in a month than most local bands did for the entire year. A few of you must think Krueger is pretty awesome, and we won’t disagree.

Just a week or so ago she released an EP album titled “Northern Air.” It’s a fitting title for the album since it is a winter themed/Christmas album. Krueger is so cool that she has released the album for free on bandcamp. Of course you can pay whatever you want for it, but in a way it’s a little gift from Krueger to all of her fans. That’s pretty nice of her because we didn’t really have anything to review this week and we don’t exactly have a lot of money. This album would probably get a good review even if it sucked because how am I supposed to dump on a free Christmas album? The best part about this album is that it doesn’t suck…for a Christmas album.
I personally don’t really care for Christmas music. I don’t mind the idea of the Holiday even though it’s basically just pulling off of pagan traditions and is more or less a ploy for people to spend money for capitalist gain. There’s nothing more miserable than being in a store and watching how awful people are as far as material things go. It’s fair to say that more than a few don’t really have Christ in mind during the holidays. These are probably the same people that knock someone over on Black Friday and trample them mindlessly for a cheap gift made by an impoverished person overseas.

Alright, I know I’m being really negative here. I had to get that out because here I go switching gears with this.
Krueger breaths a fresh breath with her latest EP, Northern Air. It captures some of  that Christmas spirit, or whatever I imagine what Christmas spirit should be. She brings out classics such as Silent Night, a subtle instrumental take of Do You Hear What I Hear where the guitar shimmers through the mix boldly over an organ, and It Came Upon a Midnight Clear. Her renditions are heartfelt and a delight to listen to…for Christmas music.

There are two original tracks on the album and I’ll focus on those for the rest of this short review.  The album opens with the track “Winter Song.” I guess it has sort of a Christmas feel because there are literally jingle bells jingling through much of the song. That might have been slightly over the top, but never mind. The song is a nice piece of songwriting that bursts through with positivity and hopefulness in its feel. Lyrically there’s not much to the song. “Walk out with me into the white,” sings Krueger. She sings about lighting some candles in the window and putting your coat on and going out. It’s a nice opening that’s inviting, but that’s really all the song has lyrically besides some vocal harmonies towards the middle that go until the end. It’s a nice song for what it is.

The other original is the track “Northern Air.” This song was thought has a little more lyrically. Again, it is quite inviting and warm. I was mentioning the more material aspects of Christmas earlier and I feel that this song really juxtaposes that mentality, “they can have their silver, they can have their gold, I’m waiting for my baby to come home,” sings Krueger. Her references to traditional classics such as “Noel,” “Hallelujah,” and “Silver Bells” are very cleverly worked into the chorus line.
I really felt that Krueger’s approach here was quite thoughtful and uplifting. I’m not the biggest fan of Christmas music, but I didn’t want to stick a sewing needle in my ears after giving this a half a dozen listens, I found it pretty easy to listen to and it’s not that long. If you do like Christmas music, I think this regional album will definitely be a nice switch up from all the over played holiday radio hits that we’ve been subjected to over the years. You can get it for whatever you want to pay, so there’s not much to lose here. With as awful as 2016 has been, Krueger ends things off with some taste…for a Christmas album.