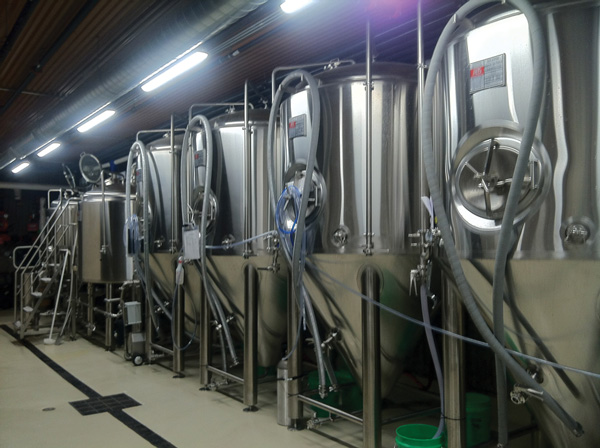 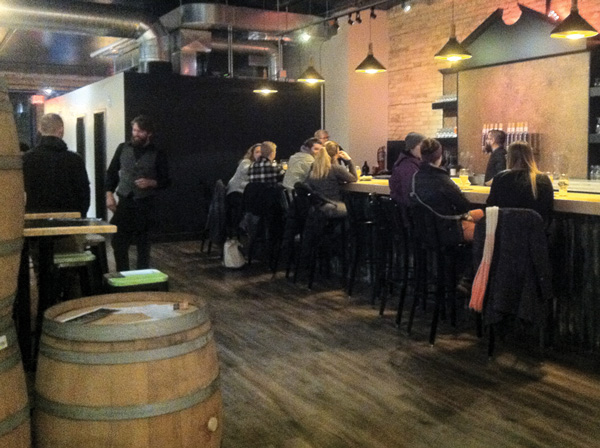 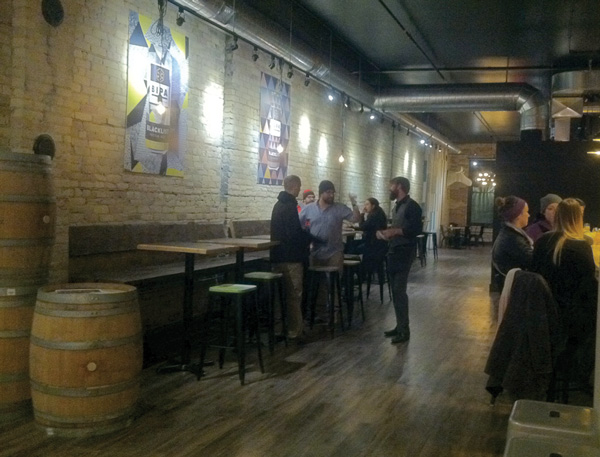 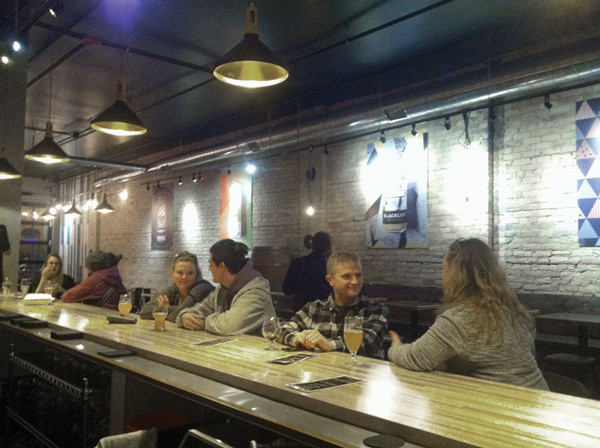 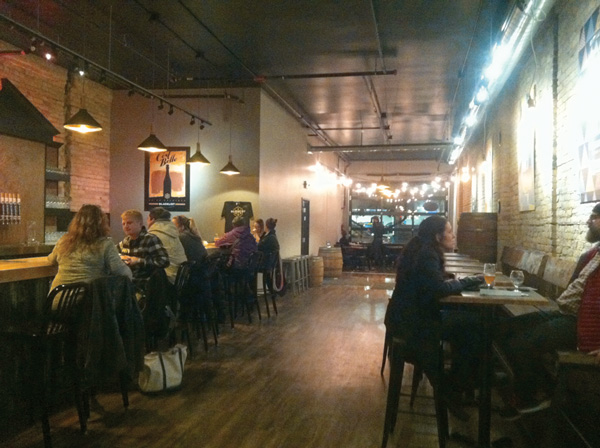 Blacklist Artisan Ales, founded in August of 2012, can now add a taproom location to their repertoire. The brewery opened their doors on Black Friday 2016, or what they would prefer to call “Blacklist Friday”. Founded by Brian Schanzenbach and Jon Loss, and later joined by TJ Estabrock, the trio of owners have managed to steadily grow a name for themselves in the Midwest. We thought it was about time to check them out, and had an opportunity to sit down with Jon Loss.

Reader: So when did Blacklist begin?

JL: Well, we started originally as a kickstarter campaign in 2012, and it was kind of a beer of the month program. We used that as kind of a test market, to figure out what people were liking in their broader market.

Reader: Where were you guys located originally?
JL: Du Brew allowed us to be a smaller brewery, inside of their brewery (in Downtown Duluth). They offered us an opportunity to dabble in the world of beer making. At that point in time it was fairly unique to start on a Belgian beer kick, and so all of our product actually came out in 750 milliliter bottles, that we more or less distributed in the Twin Cities until very recently. Our first round of cans are coming out in a couple weeks here, but before it was always 750 milliliters Belgian conditioned bottles.

Reader: When did you procure this space?

JL: We signed the lease in December 2015, and we’re working with Titanium Partners, they’re the landlords of this space. He is a local developer and had his ear to the ground when the Marshals decided to put out requests for the space.
Reader: This building had some interesting history behind it?

JL: We know this building has a long history, and we are so happy to move on from it, and hopefully can be something positive for the community.

Reader: Do you mind telling us what kind of licenses you hold?

JL: At this moment in time, we still do not have our off-sale license, we’re about one inspection away from being able to sell our growlers…Right now, through the Department of Agriculture we have our taproom license and our manufacturing license. Through the city we have our on-sale license. The last one, which we are hoping to get settled here in the next few weeks or so, is the off-sale growler license.

Reader: So does that mean you can or can’t sell wine and liquor?

JL: We are only allowed to sell the beer we brew on the premises, but some exceptions have been made for ciders. Though they generally fall under a wine-making license, if you bring to a boil, it’s legal under a brewery license.

Reader: We’ve heard whispers of food, or should I say catering?

JL: We are not intending to ever have a full commercial kitchen, we would like to partner with other local businesses as caterers. So right now, we don’t say that we don’t have food, we say that we have food partners. In the future we’d like to figure out (since we’re surrounded by restaurants), times that would work for them to supplement what they already do.

Reader: What would you say your goal is here as far as atmosphere?

JL: We want our atmosphere to be interesting, slightly artistic. We are looking to develop elements that are a little atypical, on purpose, because we want to make more of a creative atmosphere. We want to be a little more on the classic European side of design, but somewhere in between the typical industrial taproom and a British pub. What we want to emphasize though, is that there is always going to be something new and interesting happening.

Reader: Are you planning to hold music in the taproom?

JL: Yeah actually, we are planning to build a murphy stage, or basically a stage that folds down from a wall. We plan to hold some interesting fun here during Homegrown this year, though we are too new a venue to be a sanctioned Homegrown venue.

JL: Well, we call ourselves Belgian inspired, and we really like the creativity that you can see from outside the perspective of Belgium, but we don’t necessarily want to adhere to that, we just like the variety they represented while we were growing up and developing our own tastes in beers. At this exact moment in time, most of our beers have that inspiration (though we still branch outside of that a bit).