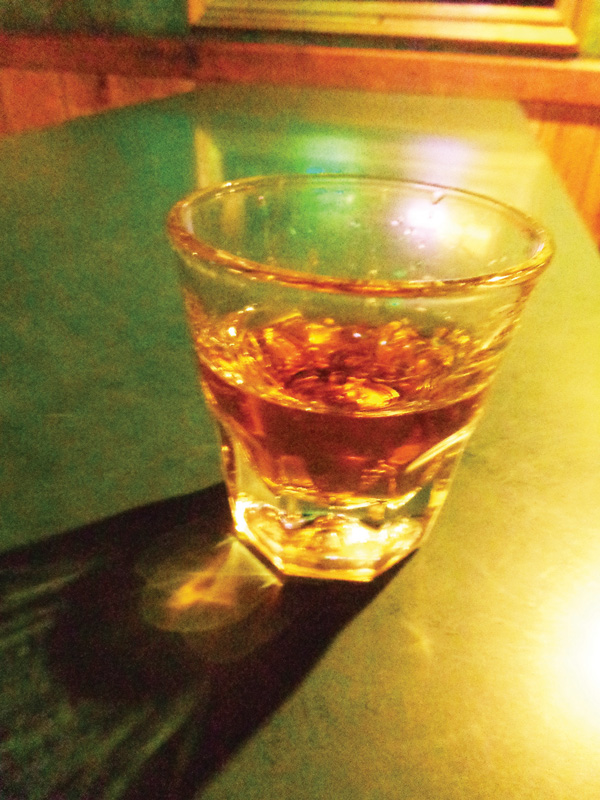 In the Northland it’s not all about fancy drinks. Most places are what they refer to as a “whiskey and beer” bar, and these tend to be a favorite of mine. Often, these places offer the least expensive drinks to be had, and in the case of RT Quinlan’s, offer a mixed scene of regulars and music type people. RT Quinlan’s has hosted music on their stage for as long as I can remember with a few breaks here and there. I consider it one of the most “understanding” of the venues, which makes it a standout venues for 21+ audience music that can span from folk to the heaviest of styles. They have a good selection of tap beers (just not Guinness because not many drink it there), there is a full bar, but it leans towards the person looking for something one might normally order, not something that will take two or three minutes to construct.

Featured Bartender: David Van. He is a pretty seasoned bartender with getting his start back in 1998 and working at RT’s off and on since 2000. The establishment itself has been around as R.T.’s since 1993.

Interest’s and Activities: Van likes to go out golfing or hiking in the area when he gets the chance.

Favorite Music: Usually I like to just ask this for a sense of personality. With Van, since RT’s has had music on their stage for as long as I’ve been kicking around and going to shows, I asked specifically what bands that he has seen at the venue he likes the most. First off, Lord Montague, “to me it seems like would be like Black Sabbath jamming in their garage. Just with the energy and rawness they’re putting out,” said Van. Velahsa from the Twin Cities made Van’s list as well as The Bottle Jockeys, an off shoot from The Acceleratii, an average band featuring Chad Lyons. We had to ask about the experimental industrial rock performances from Bratwurst at the place. “Bratwurst is amazing, they clean up after themselves, which is why we continue to have them.”

Featured Cocktail: The Quick Quinlan. Mike Hampston (aka Quinlan) actually came up with this shot and it’s quite simple. Many who have gone to the bar more than a dozen times may have encountered the “Quick Carlos,” well, the “Quick Quinlan” is very similar, it’s just reversed. Rather than three parts Amaretto and one part (usually) Black Velvet Canadian Whisky, just the opposite. I think it was mentioned that Windsor might take it’s place. I’m a big fan of Windsor as cheap go to whisky.

How is it?: I actually don’t like Amaretto very much, so I found it to be a little better than an actual Quick Carlos. There is a nice sweetness in there. If the taste of whisky doesn’t bother you as much as Amaretto, then it’s a nice twist on the drink. Obviously, more than two or three of these will get you somewhere “quick.”