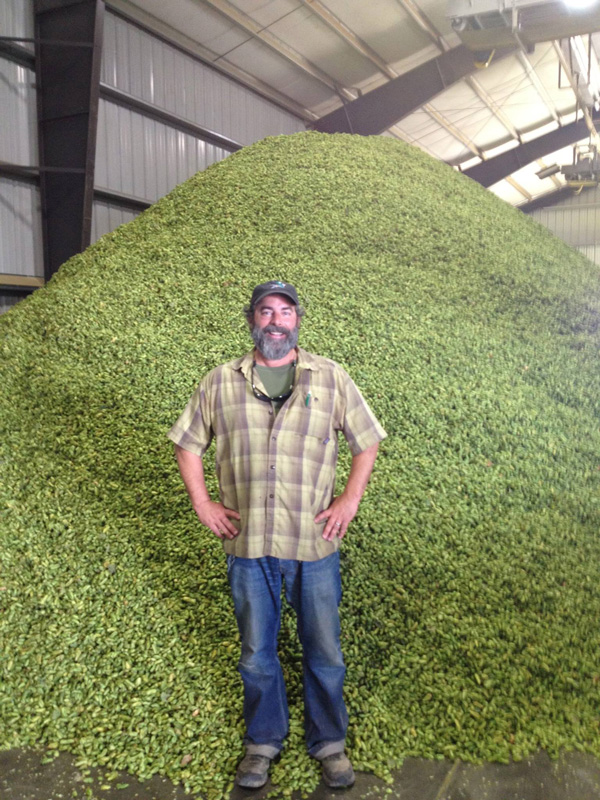 With the upsurge of breweries in the last few years the Twin Ports has become a tourist destination for our industrious high standards with a favorite adult beverage known as beer. While there is now plenty of competition, from what we’ve noticed, the general attitude among the brewing community is the more the merrier. This is what long time brewer David Hoops is hoping for as he plans to be one more addition to the Twin Ports’ thriving brewery scene.  In April 2017, the old Timber Lodge Steakhouse in Canal Park (located in the Suites Hotel complex) will be turned into a tap room called Hoops Brewing.
Hoops was born in Duluth and moved around with his family in Minnesota and ended up graduating in Glencoe, a small town just west of the Twin Cities. He came back to Duluth for a couple of years where he attended classes at UMD and headed out to San Francisco where he picked up the trade of brewing in the early 90s following some time making wine the Napa area. In 1999, Hoops moved back to Duluth and started brewing with Fitgers Brewhouse. In October 2015, he parted ways with the Brewhouse and started plans on starting his own brewery.
It’s no small secret that the Duluth has a good number of breweries and there are a number more just a short drive away, we felt the need to ask Hoops a little about his vision for the endeavor, “I guess I’m the lucky designate of kind of being the grandfather of Duluth brewing, because when I moved to Minnesota there were four breweries in the state. I watched it grow and my model is a lot different than my friends at Bent Paddle or someone like that who is doing a great job. I’m making a destination brewery, meaning I’m not trying to make beer that I have to sell at every outlet in the Twin Ports. It will be a beer hall, a large location where people can come and sit in a communal setting and drink the beer and enjoy it,” said Hoops. The establishment will be a brewery and tap room where people are encouraged to bring in food from the abundant surrounding  dining establishments. “I’m going to have a very limited distribution model, which makes me a lot different than a lot of the other breweries because I’m all about a local one stop shop kind of deal.”
As far as distribution there will be kegs as well as “crowlers.” Crowlers are essentially a large can of beer that has just a little of 25 ounces of beer that can be purchased on sight and at select liquor stores.
While Hoops is a seasoned brewer, he does have plans for some collaboration with other brewers. After all, the nature of the brewing industry in the area is fairly friendly.  He’s first looking at working with Indeed Brewery out of the Twin Cities, but there will be plenty of other meeting of the minds when it comes to ale creations in the future.
The April start will give some time for the operation to be ready for what ever the summer tourist season has to throw at it. It’s sure that with having one of the most experienced brewers in the area taking the helm for himself that there is sure to be something that hop off the charts.