For the last five or so years I’ve done a list of horror movie suggestions. While I could keep going with that, I don’t see the point. Everything I could suggest is either something that won’t be easy to find unless you want to order it off Amazon and I’ll say straight up, if you’ve had Netflix for the last couple of years, they’ve done a crap job on selecting new movies for their horror section.

What can I offer? Well, how about some scary, intense, cool music videos you can play for free off of Youtube? Even people who don’t go out much might find themselves at a Halloween party. If you’re an introvert like me, you might find yourself having more fun playing DJ than talking to people. A big mistake is to play what you’d normally play at a party. If Sublime or Bob Marley is in the Halloween playlist, that’s just wrong. Save that for a BBQ next summer, or maybe the summer after that because everyone has played the hell out of that. I’m also not going to cop out here and recommend you play some Nine Inch Nails, Marilyn Manson, or TOOL. Everyone knows that the music videos from those bands tend to be creepy. If it comes down to it, it at least sets the mood, but there’s just more out there. If you know all of these music videos already, pat yourself on the back or something.

So, here’s some recommended Halloween inspired music videos for your enjoyment. Some of these are more disturbing than others, so just a heads up on that. Whether you’re chilling out with your furry friend, or get a chance to play some of these around others, I hope you enjoy. 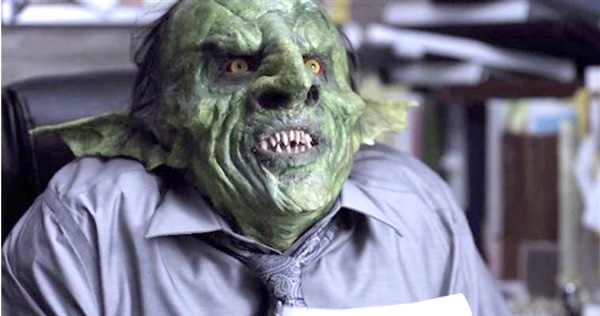 15. Nekrogoblikon -”No One Survives”

Who says that a disturbing horror music video can’t also have a sense of humor? Nekrogoblikon has a guy who dresses up like a pretty convincing goblin in the band. In this video he plays himself (a goblin) and goes through the disappointments of office life and love. Sounds lame? Wait until the end of this video. 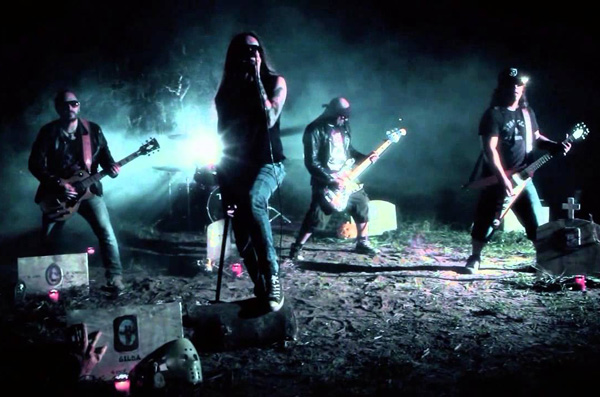 Let’s take a little trip back to 1989. It’s kind of interesting that this song that was written for the Steven King inspired film of the same name became a big radio hit for the band. The video is a little campy, but I’m a big fan of a little light heartedness mixed in with my horror.

I’ll admit this is perhaps the least spooky video on th list. It’s more that I’ve put this song on every playlist that I’ve made for the last decade is why it’s on here

I’m not sure if this song is pushing a straight-edge agenda, but the video is awesome. A boy holds his own against zombies with a bow and arrow by himself and nothing is very easy or happy for him in this video. Even when he finds a friend, it ends tragically.

There are things about this song and video that make it just creppy enough to add to this list. It’s a long time go to for a Halloween mix for me. Most people don’t wake up after a rave, go home and face down their demon self and get drug back to the rave which is now evil and disturbing.

Pretty much any God Module song is fitting for a Halloween mix. They are painfully (no pun intended) lacking in music videos. There’s plenty of gory and disturbing imagry in this video.

The psychobilly band Tiger Army has plenty of songs dealing with the preternatural, but they sure make it seem fun. Lead singer, Nick 13, seems kind of short in “ghostly” parts, but this song and video keep the Halloween spirit alive.

This song isn’t too spooky, but the video itself is pretty horror obsessed in a certain way. What other video where you get some kids dragging around a dead dog, cutting each other’s hands off, and disembowling themselves? It’s not as scary as it sounds.

7. Wolf Blood -”Dancing On Your Grave”

Hell yeah, I’m going to mention some local music in this. This video was created for the 2015 Homegrown film fest. It’s pretty cheesy and it you can just get over that, then maybe it can be enjoyed. It’s a battle to the death between a man and a squirrel, the results are brutal...and as campy as it gets.

Alright, I think Youtube took this video down and that’s pretty sad. You’ll have to view this on either Vimeo or Dailymotion. Iggy Pop does the vocals over this electronic oriented/rock song and they are haunting. The intensity of the actress and choice of surroundings leads up to the big finale.

This isn’t a music video nor is it a song. Why would I include this? Well, just give this a listen and you’ll find it’s among the creepiest things on this list.

I’m pretty sure this is a fan made video using claymation, but it’s pretty cool. The song sets the mood for a perfect Halloween song in my book. The song comes off the album “Grave Disorder,” pretty much anything from The Damned makes for a decent addition to a Halloween set list.

I had to put at least one more local song and video on this list. The video isn’t the scariest, but there are plenty of horror movie references that make this a great local tune for a Halloween play list. 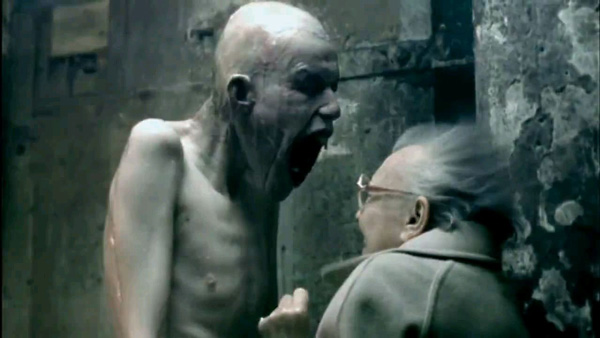 I was a teenager when this video first came out when MTV used to still play music. It is probably the most disturbing of the videos on this list. The lyrics “I want your soul/I will eat your soul” are pretty simple yet effective in making it clear this is one wicked song. The demon thing that crawls out of the TV at the end is the stuff of nightmares...really messed up nightmares. 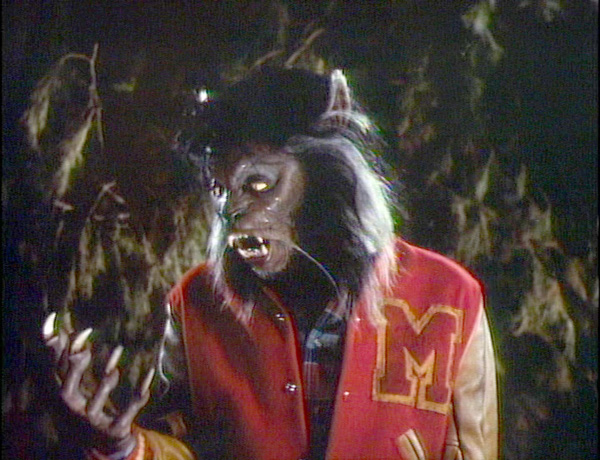 My first experience with horror oriented music videos started with this classic right here. When I was a little kid my babysitter put this on and I remember freaking out when Michael Jackson turned into a werewolf. I’m older now and can appreciate this amazing video for what it is.