NonFic: Worth the Work 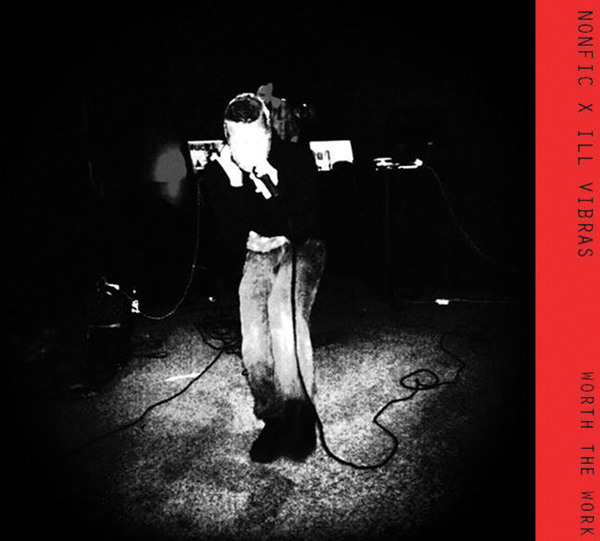 Scott Vezina has been an active performer in the area’s hip-hop scene for a number of years now. While local hip-hop often doesn’t get the attention it deserves, Vezina, or NonFic, has opened for a number of National acts coming through town, including Tech N9ne just a few weeks ago at Clyde Iron. The performance happened just in time for the release of his latest album “Worth the Work.” At the Tech N9ne show he was able to hand out 50 albums to those attending, further building a base of listeners.
The first track on the album is “Let it Knock.” I’ll have to say that lyrically, things flow amazingly at times. “Moving through this maze of words takes all of your concentration, don’t loose it this music is fused with passion rooted so deep there’s no more moving the tools you’re using the list of random students…” I’ll stop at that because there’s a lot going on and it’s not like I have the lyrics written down for me. If you’re hoping to listen to this album and rap word for word over it, it might take awhile.
From what I can ascertain, the backing tracks were put together and produced by “III Vibras,” with songs like “Hold the Phone,” there is a certain amount of build up with the layers of samples and an interesting outro with all of the tracks slowing down including the pitch. There are a lot of subtle touches in the music, but I’m leaning towards perhaps a little too subtle. It’s as if everything is good, but not quite making the impact I’m hoping for. This is concerning the backing tracks mostly, but the lyrical impact is hit and miss as well.
One of the tracks that stands out to me on the album is “$5 Dollar Shades” as in it’s perhaps one of the simpler songs and that’s hard to explain. The mix of the keys along with other samples pull together this fairly accessible song. It is also lyrically easy to approach. “You can’t tell me nothing with these $5 shades on” is the type of single line statement to make a song stand out with a certain pop ease.
To stand in contrast with this is the well built up track “Worth the Work.” The rhymes come heavy and steady with the beginning of this song and mellows out with the sung choruses. This song about rising up to make this music does make the end of this album.
As I guess any rap album should, lyrics drive this material, but it seems that Vezina took it upon himself to carry pretty much the whole album. This is fine, but there is often a feeling of just one personality and while the rhyme schemes are tight, things begin to get lost from song to song. The album is challenging for me to review because while indeed there are a lot of lyrics that are meaningful, they didn’t string together something that I could hold on to for more than a few moments. After listening over and over again, there is a general flow to the album, but that added to me noticing that the tempos on this album are mostly all the same or really close to each other.
Overall, this album is good, I just wish there had been more risks taken. Something from song to song to stand out just a little more. The song “Know This” with it’s over use of “motherf***er” was probably the most driving song with lyrical cuts. Any one song is pretty good, but the whole package just doesn’t hit my mind the way I would hope for in a truly memorable listening experience.