The Dark Underbelly - Self Titled Debut 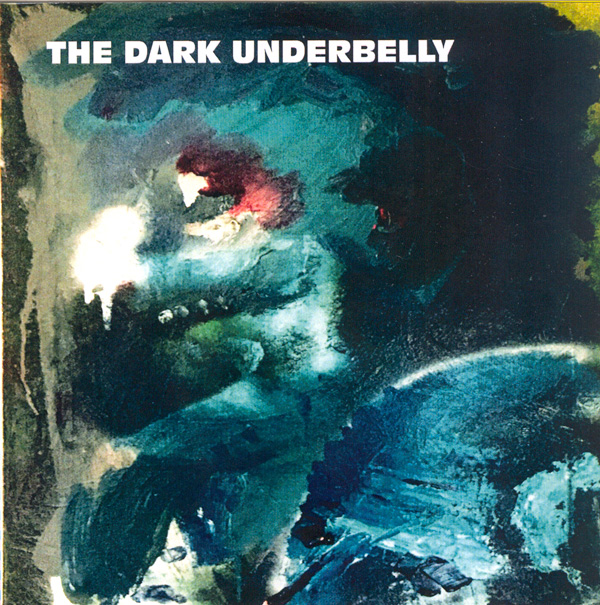 We’ve seen a lot of Twin Ports bands, and there are a few strange ones out there, but that seems to be where The Dark Underbelly excels. Their debut album is mix of rock with a good twist of whacky themes, riffs, and vocals from frontman, Robert Petoletti.
If you’re wondering what we mean by strange or whacky, let’s just start with the first track “Happy Blues for Jeffrey Dahmer.” As inappropriate as it may sound, the song is appropriately named. “He’s got body parts in the kitchen/Body parts in a vat/All the neighbors are bitchin’/It ain’t no scene to be at,” goes the chorus. It’s perhaps the psychedelic rock/blues feel of the song that makes it seem like it’s not really about the serial killer and cannibal from Wisconsin.
The album continues with “I’ll be a Petoletti Yet.” It should be noted that aside from Robert Petoletti on vocals, the younger Nick Petoletti plays drums. I’ve met Nick a few times and he doesn’t seem to be that bad of a drinker, but the song is about a woman who basically drinks excessively under the pretense that she will fit in with Petolettis. Let’s just say the drinking described in the song is pretty overboard.
The band is hard to pin down, as I mentioned it has a psychedelic rock and blues feel. The vocals really drive the music and it floats somewhere in the realm of Dead Kennedys, but not quite as punk, Primus, but not quite as funky, but close on the quirky aspects, GWAR, but not as obsessed with violence or the image, or perhaps Frank Zappa, but maybe not that far over the top. If any of that made sense, then maybe check out this band.
I think my favorite song on the album is “Judy Garland is Dead.” No, it’s not as long as “Bela Lugosi’s Dead” by the Bauhaus, but it is pretty epic. Joseph Anderson plays bass on the album and the thump of his bass lines have a mid-ranged pluckiness to them that contains that Primus feel, but not quite as technical. Cory Davis can really shred the guitar when he feels like it, but allows the vocals to shine through without distracting that energy. Finally there is Armond Blackwater on keys. Blackwater is the father of a man who goes by Ash Blackwater of Lorenzo’s Tractor, a rather strange and experimental band in their own right. They sometimes play as The Blackwater Tribe. I don’t think I’ve ever seen either of them play in a straight forward or conventional band ever, so it makes sense that Armond is part of this.
The band will be officially releasing this new album on Friday, September 16 at Red Herring. Of special interest for the show, aside from the album release, is that the band Freight Train Rabbit Killer is back in town. They identify themselves as “doom blues/apocalyptic roots” and come from Kansas City, MO. I didn’t get the chance to see them, but my roommate did and he loved them. With his past as a DJ, I’ll take his word for it that they’re is something about them that is definitely cool and different. It looks like the show overall will be some interesting and original music that I can’t exactly fully describe. If you like it a little weird and a little rocking, you shouldn’t be disappointed.