Why I Am a Union Member in Retirement 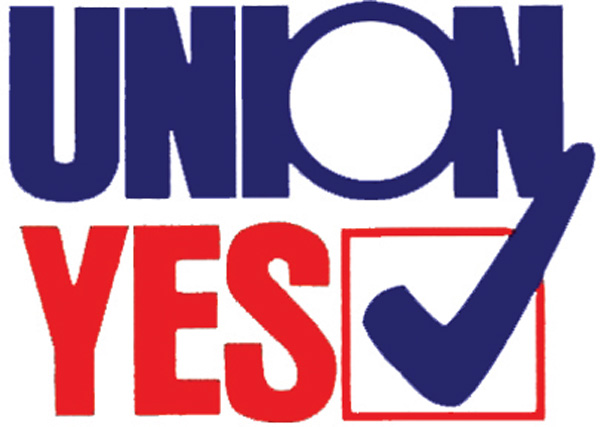 My first experience with labor unions was when I was 19. While attending college I worked part time at a grocery store. Henry, the owner,  ran a good store but was a hard guy to work for. You could always get a job there because of turnover! The employees were represented by the Retail Clerks union. One day about a year after my last employment there I got a check for $85 from the union. The reason for the check was good old Henry had been manipulating the pay records in violation of the union contract and state law. You were suppose to earn more for night shift (early morning stocking was my job) and more if you worked over 30 hours in a week. Henry had been averaging hours over the pay period to avoid this cost. At that time the minimum wage was $1.35. Being a student, 85 bucks was very welcome money!

During my working life, the only “good” jobs I have had were union represented. I have working in many different jobs and industries and been represented by five union locals. Now I am  retired and have a modest, but stable, secure income in large part because I was union represented. I am still a union member and there are many reasons why I remain a member as a retiree.

Unions serve a number of useful purposes for working people. Unions give workers a voice in the workplace. They provide protection from arbitrary treatment by an employer with workplace rules and grievance procedures. They negotiate better pay and benefits. Unions also advocate for more fairness in our economy for all workers. Their efforts to raise the minimum wage, achieve equal pay for women, or advance workplace safety, for example, are good for everyone.

Unions help to keep you informed. Unions monitor and analyze legislation to protect your interests. They do policy research and operate “think tanks” to provide data on important issues and policy alternatives. They provide information on elected representatives’ voting records in areas of interest to union members and working people. At election time unions make recommendations (called endorsements) on which candidates appear to be the best choice.

In retirement unions continue to provide a collective voice and work to protect pensions. Unions fought for pensions and retiree benefits in their labor contracts. Unions helped create and have worked to protect Social Security and Medicare on which most retirees depend. Unions helped advocate for laws to protect pensions and retirement savings. Some unions even operate retirement programs. Unions often provide benefits such as group insurance plans, dental coverage, and discount legal services that can help many retirees.

Unions set the standard and create the tide that raised everyone’s boat. For most people security is a job with a future, a family supporting wage, affordable healthcare, affordable housing, and a secure retirement. Most people don’t expect to get rich but they do expect to have a enough to live on and a house to live in. They expected their children to do better.  During the 1950’s to 1970’s many workers achieved a decent middle class lifestyle.  This was the time of the highest level of union representation. Workers who were fortunate to have a union job, or to work for a major employer, enjoyed improving financial well being. The “American Dream” never reached all workers but, for the first time in human history, many ordinary workers had a measure of economic security.
Today good, family supporting jobs with benefits and some job security are on the decline. Average workers are being paid less adjusted for inflation. Roughly 50% of people in this country are in poverty or “working poor.” Homelessness is on the rise. Workers in their 20’s are especially insecure with high costs of schooling, student loan debt, poor job prospects, and continuing high housing costs. Secure retirements are disappearing for most people.  In a consumer economy when everyone isn’t doing well, everyone is less secure. An injury to one is an injury to all.
Why has this happened? Since the 1980’s and Ronald Reagan there has been an aggressive effort to destroy unions. The effort has been largely successful. Workers have been divided. Right-to-work laws have increased. Trade deals have decimated the manufacturing sector. But, most importantly, many workers have bought into the “free market” propaganda. They have failed to defend and support unions. In Wisconsin, Governor Walker’s attack on public employee unions is succeeding because too many union represented workers voted for Republicans. Many union and non-union workers voted against their own best economic interests.
Being a retired union member is not about what I receive. It is about what I can give back. Being a union member  gives me a chance to protect what I have, work to expand social justice for everyone, and do my part to keep unions alive for my children and grandchildren.

All of us can support the right of workers to form unions and negotiate contracts with their employers.  We can all reject the “divide-and-conquer” of union bashing. We can vote for candidates who support unions and help build a fair economy for everyone.