Gaelynn Lea: The Songs We Sing Along The Way 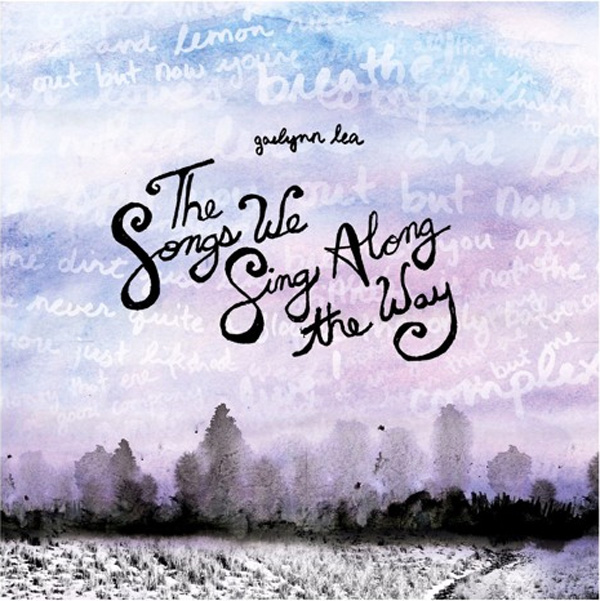 Gaelynn Lea has been a standout musician in the area for quite a few years now with her entrancing fiddle tunes. Recently, she has moved up to being a standout musician to the Nation. National Public Radio held their second annual Tiny Desk Contest in March and Gaelynn rose above 6,000 other artists for the win. This summer she performed in New York and was heard across the United States on radio broadcast in honor of her achievement. I’ve had the chance to interview Gaelynn in the past and have listened to most every official recording she has released so this will be a little bit of a recap and a brief review of her latest EP titled “The Songs We Sing Along the Way.”
Gaelynn’s style is a contemporary mix of classical (Tchaikovsky being a favorite of hers), bluegrass, and definitely Celtic fiddle. She was born with condition called Osteogenesis Imperfecta. She is roughly 3 feet tall and gets around in a motorized wheelchair. She plays the violin as a regular sized person would play the cello. She actually named one of her albums “Imperfecta,” with her project Murder of Crows where Alan Sparhawk of Low plays guitar throughout it. Sparhawk saw Gaelynn playing at a farmer’s market and the two hit it off. She was already pretty established before Murder of Crows, but that seemed to gather some momentum.
Other bands include Snobarn with local songstress Arianne Norrgard, The Getarounds with singer/songwriter Dan Dresser, and a good number of appearances with her fiddle on other recordings. Speaking of The Getarounds, the first track of this album “Watch The World Unfold” comes from her initial performance of the song on “The Getarounds Live EP.” The Getarounds version has a bouncy beat and is somewhat fun with Dresser’s guitar, this album’s version slows it down a bit with soothing but yet somehow slightly sorrowful weavings of fiddle. Gaelynn reproduces a lot of what can be heard on this album with a loop pedal when she performs live. The song is quite humble in a discerning way, “What makes you think that you’ll ever get there?/What makes you think you deserve to know?/Who are you really, are you so important?/Take a look around and watch the world unfold.” There are little hints of wisdom through a lot of Gaelynn’s lyrics and this song is of no exception.
The next song highlights the traditional folk fiddle side of her playing with the track, “Boys of Blue Hill.” There are some accompanying guitars played by Alan Church. Zachary Hollander is credited for engineerings and Robert Hadley mastered it. Recording wise, it certainly is put together well. While it sticks to Gaelynn’s fiddle pretty close, there are are a number of additions in the mix such as with the song “Someday We’ll Linger in the Sun” with subtle bells and guitar in the background. In the song its’ really her voice that commands attention. Gaelynn’s voice is a little different in considering that she is small in stature, but she really does have some power and control in her delivery, both to the ear and to the listener’s mind.
I’ll wind up this review with mentioning the song “Breathe, You Are Alive.” This song is more or less spoken word poetry/philosophy with some mesmerizing fiddle in the back ground. Her husband Paul Tressler and her contribute to the this monologue like reasoning about existence and identity. “Who are you? Are you what you do? How you perform different acts every hour. Are you brilliant? Burning? Beautiful? Or are your fires uncontrolled, pulling every direction?” goes just one exerpt spoken by Gaelynn.
I guess we don’t need to really say that this album is truly quality. I’ve watched her play a number of times and she’s really at a peak where I couldn’t suggest what to do other than to keep at it. The Tiny Desk award was truly earned and if you listen to her material, this album and past work, it should become readily apparent what a unique and talented musician Gaelynn Lea is. The album was just released this week and should be available at store like Electric Fetus.