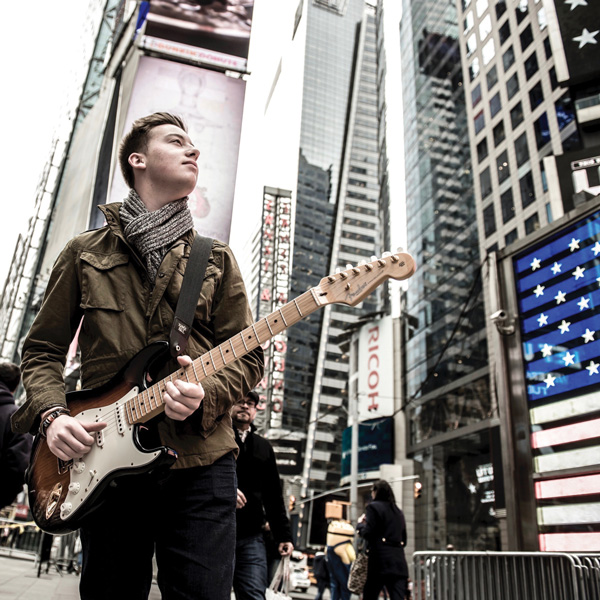 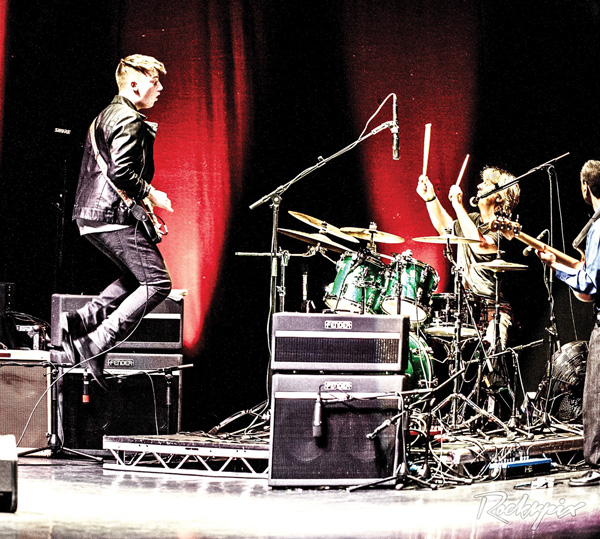 With the 28th annual Bayfront Blues Festival just slightly in the rear view mirror, I’m reminded of how many blues fans look forward to hearing about a new blues wunderkind ala Jonny Lang, Monster Mike Welch, Kenny Wayne Shepherd etc..
One new one on the horizon is Quinn Sullivan. He has a brand new release (it’s actually his third recording) called “Midnight Highway” which showcases his blues guitar chops, maturing vocals, love of the Beatles, and his wide-ranging musical sensibilities.
Sullivan’s story is not unlike Kenny Wayne Shepherd’s who had an encounter with B.B. King when he was just a toddler. Sullivan’s parents got their young blues prodigy in a backstage meeting with the legendary Buddy Guy (in of all place New Bedford, Mass) where Quinn asked Buddy to sign his guitar. Guy then asked the lad to play it for him….this led to Guy inviting Quinn onstage to join him. Guy has been Sullivan’s mentor ever since, including sharing dates last month at Scotland’s Royal Concert Hall in Glasgow.
On the new album, we get a mixture of blues (which like Eric Clapton) informs everything Sullivan does, plus some acoustic tunes, a George Harrison classic, pop, and even southern rock sounding tunes.
“Something For Me” has Sullivan singing into a Green Bullet microphone to start the proceedings, then erupting into some volcanic guitar riffs in an overdriven (Guy-inspired) blues tone. It’s the only real 12-bar blues on the disc, but it shows his stuff, including a maturing voice that is clearly much stronger than on his previous outings. Quinn and the outstanding studio band really lock in and stomp on this groove that gets the record started.
“Tell Me I’m Not Dreaming” switches gears in a breezy pop tune with jangly guitar that could easily fit on an upcoming Duncan Shiek release.
Tom Hambridge, who drums in Sullivan’s road band, has a real good feel for what the leader needs. He’s a huge part of making this a fine new disc and not just another bluesy offering. Everything from co-writing virtually the entire set of tunes, to providing solid direction as the producer, to bringing in a A-list group of side-men including Reese Wynans (from Stevie Ray Vaughan’s Double Trouble), Michael Rhodes and Tommy McDonald.
George Harrison’s “While My Guitar Gently Weeps” is so spot-on with the backing track….that it sounds like Hambridge simply plopped Sullivan’s vocals into the original Beatle instrumentation. It shows that though he’s young (17 years old at this time) he has a mature appreciation for a group that has influenced popular music on every level for the last 50 years . The title track has the forward momentum of an old Allman Bros. tune with lots of Hammond B-3 swelling up all over the place, staccato bursts of biting guitar, and lyrics about “…keepin’ on movin’, rollin’, and ridin’ down the Midnight Highway.”
“Crazy Into You” has that quirky rhythm that David Byrne would love to sing/talk over with the Talking Heads. “Buffalo Nickel” is an instrumental that closes “Midnight Highway” and shows Sullivan’s nuanced guitar virtuosity. Good dynamics and some “over the top” (Buddy Guy-esque)chops burst through at just the right times.
Though just 17, Quinn has spent time in the recording studio with some real veterans and has come out standing tall. This record shows that he is already a fine bluesman, but the diversity of the entire recording also shows that he can go in any of a variety of directions in the future. Listen for him.