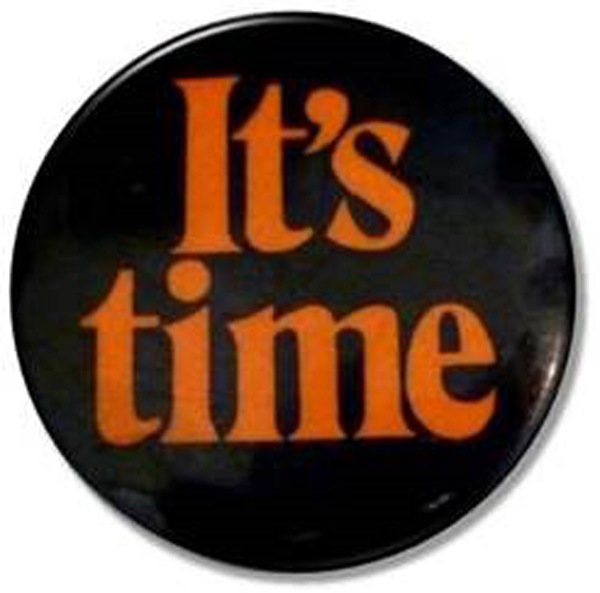 “Fear and negativity won out in Australia after the coup. Again, that familiar tune. We learn from this that opponents of change will do anything. As we’ve seen here, they will play dirty, they will vow and pledge and undermine like there’s no tomorrow. We cannot expect them to abide by democracy or decency.” – Meaghan Delahunt

Four decades ago in Viet Nam War-era Australia, after a decade in which that nation’s progressive thinkers (especially its logically anti-imperialist, antiwar youth) were fed up with Australia’s collaboration in the stupidity and the atrocities of the American-led Vietnam War, a political movement emerged that came close to revolutionizing the ever-lasting right-wing Australian political system.
The early 1970s were exciting times for progressives, and it was happening at the exact same time that the disastrous and ill-conceived agendas of Lyndon Johnson, Richard Nixon and Henry Kissinger were provoking chants in the streets that said “Hell No, We Won’t Go”. Australian progressives were sympathizing with returning American Viet Nam veterans who testified about the war crimes that they had committed “in country” and then, in disgust, went to Washington, DC and threw their military medals at the Pentagon.
The revolutionary Australian movement of the early 1970s was virtually indistinguishable from the politics of the 2016 Bernie Sanders-led movement that came close to upsetting America’s entrenched, conservative, perpetual war, pro-Wall Street, pro-privatization political system that has had increasingly firm control of America’s electoral politics for the last century. Back then, in Australia’s major parliamentary elections of 1972 and 1974, the Australian Labour Party’s very popular progressive politician (and democratic socialist) Gough Whitlam was elected and then re-elected as Prime Minister. Whitlam was vigorously opposed by the very conservative (right-wing, NeoLiberal) Liberal Party – the equivalent of the conservative Tory Party in England.
Below is what author Meaghan Delahunt has to say about how progressive politics in Australia was decapitated. Delahunt has uniquely experienced both the crushing Australian coup d’etat in 1975 and the equally crushing (and failed) Scottish Independence Referendum of 2014 (to gain independence from Great Britain).
Paraphrasing items from the longer essay below, Delahunt wrote the following about Prime Minister Gough Whitlam and the anti-democratic coup d’etat that deposed him. Bernie Sanders’ supporters will resonate with Whitlam’s democratic socialist platform.
Whitlam “pulled Australian troops from Vietnam, abolished conscription, released draft resisters from jail, pushed legislation for equal pay and equal rights for women, pushed for free college education, land rights, Medicare for all, public arts funding, and pushed for anti-racism legislation.”
The Whitlam government was “anti-nuclear, challenged the legitimacy of the US spy base at Pine Gap began to chart a foreign policy independent of Britain and America, sought to regain control from multinational corporations over Australia’s own natural and mineral resources (de-privatization) and to use the funds to support an ambitious welfare programme.” (For much more about the CIA conspiracy, go to: http://johnpilger.com/articles/the-forgotten-coup-and-how-the-godfather-rules-from-canberra-to-kiev.)
“The spirit of the era was optimistic. As one of Whitlam’s advisers later noted: ‘1972 was one of the really happy years in Australia…there was just an abundant air of good feeling.’ A generation radicalized and traumatised by the Vietnam War (over 60,000 Australians fought there, 521 were killed and 3,000 wounded) helped bring his government to power. Women’s Liberation, Aboriginal Land Rights, Gay Rights were all coming to the fore. It was a movement of young people and the young-at-heart who wanted change after decades of conservative rule.”
Those of us Americans who have been “Feeling the Bern” over the past year will easily understand the despair experienced by progressives during Australia’s last gasp attempt to overcome the entrenched conservative powers-that-be and their endless war and pro-multinational corporate agendas.
The 1975 coup was a conspiracy between the CIA, the Pentagon, the Australian and American militaries, the British monarchy, Big Business, Big Mining and the Rupert Murdoch-dominated Big Media.
Novelist Meaghan Delahunt tells the story well. But the top secret files that would expose everything and everybody involved are not due to be opened until 2025 when the culprits are expected to all be dead. Don’t hold your breath.