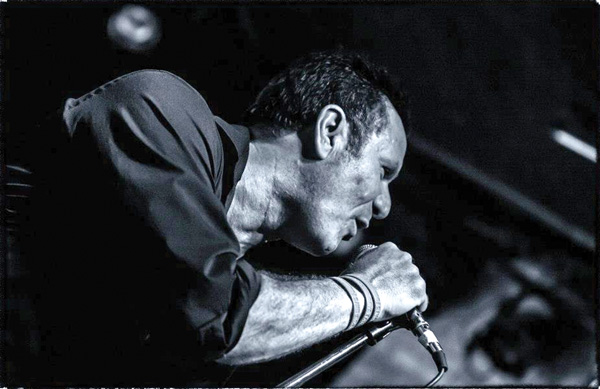 Mick Sterling is no one new to the region’s music scene or the Bayfront Blues Fest. It’s possible that one might have seen him with his groups “The Irresistibles” or “The Stud Brothers” over the years. While Sterling is still performing after over three decades, he won’t be playing at this year’s Blues Fest, although he will certainly be around on the festival grounds.
Sterling is taking a break from the stage this weekend to promote something that is important to him and is making a difference. He has put together a charity called The 30 Days Foundation. It is set up to help people going through a personal crisis from anything from a looming bill or car repair to covering groceries for a month. People can get over a hump with the help of the Foundation. Since 2011, The 30 Days Foundation has assisted 20,000 families with over 11,000 families being assisted in 2015.
We talked with Sterling about his music over the years and his visit to the Bayfront to represent his foundation.

Reader: I know that you come from the Twin Cities and you’ve been a vocalist and frontman for some 35 or 36 years, how do you end up making that long of a run?

MS: I feel really fortunate that I have been able to do it for as long as I have. I’ve surrounded myself with really good musicians and was able to make some good choices with material and picking venues to start bands at. With the band I was in for a long time, Mick Sterling and the Stud Brothers, we filled a slot that wan’t filled yet in the Twin Cities. That really took off for over a decade. From that came everything else. If you stick around long enough things develop in a good form and fortunately that’s what happened with me.

Reader: When doing the Twin Cities calendar in the Reader, I’ve noticed you’ve play with The Irresistibles as well.

MS: That band was really fun to do. We played off and on for about seven years. They’re really great. We still play out sometimes when everyone’s available. It’s tough because everybody has so many other gigs going on too.

Reader: I’m pretty sure you’ve played up here in Duluth before, right?

Reader: I noticed the line-up, were you put in late?

MS: I’m not on the line-up this year. I’m there with my charity, The 30 Days Foundation, but I’m not playing this year.

Reader: Ok, that makes makes sense. Tell me about The 30 Days Foundation.

MS: It’s a charity I started back in 2011. What it does is assist people in real life financial crisis with a one time grant. The difference is when you make a donation, it doesn’t go to the person requesting assistance, it goes to the service that needs payments. So if someone is need of a utility bill being paid or need help with their first months rent or medical bill, any kind of real life stuff that someone has to pay at one time or another, if we can help them, we write the check to the service provider. It’s a unique and direct way to help people quickly and help stop the momentum of bad stuff that happens when you start falling behind on your bills.

Reader: I see. So will you be chilling out at a booth?

MS: The 30 Days Foundation tent will be right next to the merchandise tent at Bayfront Blues Fest. When we’re there, this is the second year where I put together this CD called The Bayfront Blues Collector’s Club: Volume 2. On the CD it features 18 past Bayfront Blues Fest performers. These artists have given me a pre-recorded track of theirs to put on the CD. People can come to the tent and the funds raised will go to this foundation. We did it last year and it was the biggest selling CD at Bayfront Blues Fest. It was a good fund-raiser for us.

Reader: Can you give me an idea of a few names that are on the new CD?

MS: Yeah, we’ve got Ruthie Foster; Lonnie Knight; Tinsley Ellis; Jonny Walsh; Big Walter Smith and the Groove Merchants, they always start off the CD because Big Walter before he passed was there every year at the Bayfront Blue Fest, in honor of him we always put his track first. My old band Mick Sterling and the Step Brothers is the last track on there. We’ve got Theresa Grace on there; Scotty Miller; Paul Mayasich, it’s a great CD.

Reader: So you’ll be hanging out all weekend for the Foundation.

MS: Yeah, with my history with the Blues Fest and my old band playing there for ten years, The Irresitibles played there for a few years and I did my own solo acoustic stuff there, I have a real long relationship with the fans of Blue Fest so the tent will be a good place if people want to hang out and catch up with each other.
The charity goes to specifically help people in Minnesota and with this CD, it can only be found at this festival. It’s not in the stores, it’s not online. We have three days to sell 2000 of them, that’s our goal. If we can do that, it’s going to help a significant amount of Minnesota families. We’d hope that the first $20 that people spend will be on something that will last and help people.
For more information on the foundation look up www.The30-DaysFoundation.org. For information on Mick Sterling and upcoming gigs visit www.micksterlingpresents.com.