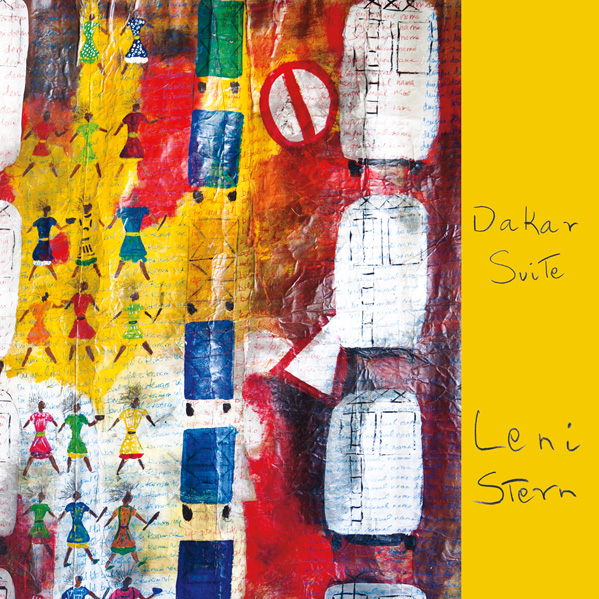 This record is exactly what I hope this column is about.
It’s about realizing that there is an enormous world of music out there. And thus, realizing that if you truly love music, then you want to be constantly reaching out to explore new vistas, sample new tastes, improve and refine your musical palette, and increase your knowledge of this precious entity: music.
Just as the purest musicians that I have absorbed…those that seem to have had an ethereal light shining on them (John Coltrane, Stevie Ray Vaughan etc.) these artists were always searching, always seeking, always remaining vital and non-stagnating….that is exactly what I want to be as a listener. In this column I hope to point out recordings that help move us beyond our convenience spots that it’s all too easy to stagnate in.
This record is the very kind that I want to search out and absorb.
Leni Stern, was known during the first phase of her career as an accomplished jazz guitarist. She played and recorded with the likes of Dennis Chambers, Bill Frisell, Michael Brecker and Paul Motian. She was Gibson Guitars Female Jazz Guitarist of the Year five times and held court @ NYC’s popular (but tiny) “55 Bar” in Greenwich Village.
But, a second chapter in Stern’s life (both personal and professional) began in 2006 when she played at the Festival in the Desert outside Timbuktu, Mali. Hearing the seductive sounds of Youssour ‘N Dour opened a new world of music to Stern. She began traveling (several times a year) to Mali to absorb the rich music and culture of a country that produced Salif Keita, Toumani Diabate, Bassekou Kouyate, and Ami Sacko.
“Dakar Suite” is Stern’s eighth African-inspired recording and shows how clearly she has moved from grasshopper to master in this art form, and also shows that she is not only versed in the Malian musical dialect…on this album Stern dives into the complex rhythms of Senegal.
“Mercy” is a sincere cry from the heart inspired by the tragic church shootings in Charleston, West Virginia. The melody has a sing-song vibe with the leader in almost lullaby mode that includes a mesmerizing melodic guitar solo eschewing any flashy pyrotechnics. Stern’s vocal ability is excellent as she is comfortable not only in English but also in French and Bambara.
On “Malisadio” (a griot classic) she wades through the waves of string and percussion rhythms with a vocal intensity that is palpable. George Brooks adds swirling soprano sax fills that light up the night sky here.
Stern doesn’t just stick her toe  into the waters of traditional African music, she dives in head first. She studied Sabar drumming with percussionist Alione Faye and then used her New York based band to hone the complex tunes she composed. She recorded the bulk of the material in Dakar, then enlisted some of her esteemed colleagues in NY to add texture and flesh out the nuances that make “Dakar Suite” so compelling.
“The Sun Went Down” has a chimey acoustic guitar anchoring the pop of the djembe drum. Stern’s voice has the loveliest “little girl” quality that draws you in
to really focus on her text. Her expressive bent-string ride adds emotion and seems to walk the stairs from verse to verse.
Don’t be thrown by the albums title. Suite, Stern reminds us, originally meant a series of classical dances. Here , in a more contemporary setting, the word means
“a collection of tunes that are thematically and tonally linked.”
Expand your horizons and explore a new release that brings you into the rich and rewarding music of Africa.