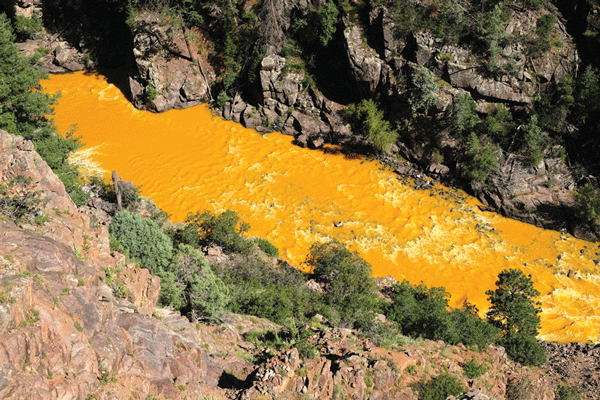 Despite the fact that copper-nickel sulfide mineralization lies within both the Rainy River and St. Louis River watersheds, some would have us believe that it is worth sacrificing the Lake Superior watershed in order to protect the Boundary Waters Canoe Area Wilderness. Minnesota citizens and regulatory agencies need to understand that the “Inherent risk” involved is not the geographic location of the mining activity; it is the sulfide mining activity itself.

On March 6, Governor Dayton, in a letter to Twin Metals, stated, “... I have grave concerns about the use of state surface lands for mining-related activities in close proximity to the Boundary Waters Canoe Area Wilderness.  ...my concern is for the inherent risks associated with any mining operation in close proximity to the BWCAW. ...As you know, the BWCAW is a crown jewel in Minnesota and a national treasure.”  On March 23, in a follow-up statement with the Mesabi Daily News, the Governor further said, “...a leak of highly toxic sulfide waste from Twin Metals Mining could flow right into the Boundary Waters.”

On April 1, in a letter to the Star Tribune, former Vice-President Walter Mondale added, “...we have learned much about the catastrophic consequences of sulfide-ore mining.  Above all else, we have learned that sulfide-ore mining has never — never — been undertaken without serious environmental consequences.  Sulfide-ore mining is dangerous everywhere and most dangerous in wet environments. And the Boundary Waters is nothing if not wet.  The consequences of such mining are perpetual. They will surely outlive all of us and will just as surely outlive the mining company’s pledges, promises and sureties.” (Walter Mondale, Fighting to save the soul of Minnesota: the Boundary Waters, Star Trib, April 1, 2016.)

On June 13, 2016, the U.S. Forest Service announced a 30 day period for public input related to two proposed mining lease renewals, currently held by Twin Metals Minnesota (TMM). The Forest Service expressed a deep concern for the location of the leases within the watershed of the Boundary Waters Canoe Area Wilderness, and risks associated with potential copper-nickel sulfide mining. Potential impacts to water resources include “changes in water quantity and quality, contamination from acid mine drainage and seepage of tailings water, tailings basin failures, and waste rock treatment locations.” Based on these concerns, the Forest Service is considering withholding consent for lease renewal. (United States Dept. of Agriculture, Forest Service website)

On the coattails of political momentum expressing concern over metallic sulfide mining, the Forest Service is now considering the denial of the TMM leases. However, the pollution threats of sulfide mining are just as true for the proposed PolyMet copper-nickel mine as they are for Twin Metals. The only difference is that PolyMet, if permitted, will poison and degrade  the Lake Superior watershed, with pollutants to seep into the Rainy River watershed (BWCAW) upon mine closure and thereafter.

The Tale of Two Watersheds

When PolyMet Mining purchased the former LTV taconite crushing plant and tailings basin, it purchased excess processing capacity.  PolyMet is proposing to use approximately 1/3 of its plant capacity for the proposed NorthMet project.  PolyMet lies in close proximity to richer deposits of ore claimed by Teck Resources and Twin Metals, either of which could utilize PolyMet’s excess capacity, while saving on costs. Twin Metals has already indicated a willingness to process their ore and deposit much of their sulfide mine waste in the Lake Superior watershed, under the guise of protecting the  BWCAW,   and thus polluting two internationally important waters.

Both PolyMet and Twin Metals would be located on public Superior National Forests lands. Mineral exploration is taking place throughout this most critical and legendary area of northeast Minnesota--the headwaters of the Rainy River watershed and the headwaters of Lake Superior, separated by the Laurentian Divide. This is the iconic Arrowhead region of the state--not part of the Iron Range.  Copper-nickel mineralization is a separate geological formation that underlies the network of forests, wetlands, rivers, lakes, and streams that form the basic ecosystem of the mixed boreal forest.  Superior National Forest serves  as a buffer, a protector of both watersheds.

The U.S. Forest Service has the simultaneous responsibility, while denying the Twin Metals leases, to also deny the more than 6,700 acre land exchange sought by PolyMet for the location of its destructive open pit sulfide mine, upon what is now protected Superior National Forest public land.
As part of PolyMet’s mining process, nearly 1,000 acres of high quality wetlands would be destroyed, and up to 8,264 acres impaired. This is a red flag warning of how the water flow and quality of the Lake Superior headwaters would be permanently altered. The impacts of this immense physical loss of wetlands to wildlife and wildlife habitat are not known, nor do we understand the adverse effects upon the ecological functioning of the Lake Superior headwaters area. This would be the single largest permitted destruction of wetlands in the Great Lakes basin since the passage of the Clean Water Act over 45 years ago.  This kind of impact to water resources is reason enough to deny the PolyMet land exchange.

The potential to pollute and poison the St. Louis River watershed is an issue of great tragedy. The largest human population in northeast Minnesota lives downstream of the proposed PolyMet mine. This includes the Fond-du-Lac Indian Reservation, as well as the cities of Cloquet and Duluth (and Superior, Wisconsin).

Pollution from existing taconite mines is already contaminating fish with mercury and degrading or destroying stands of wild rice, native food sources for Native Americans, as well as other locals and visitors.  The addition of a toxic sulfide mining district in northeast Minnesota would be the second wave in the history of the state when Native American cultural resources would be destroyed by mining interests.

Of further concern is the giving away of public lands, turning them over to foreign mining conglomerates. It seems ironic that we would seek to prevent highly toxic sulfide waste from entering a watershed that flows into Canada, while simultaneously allowing a Canadian mining company to pollute the headwaters of Lake Superior and the Great Lakes system.

While politicians and citizens are having increasing concerns regarding the opening of a toxic sulfide mining district in Minnesota, the Forest Service promotes a mixed use of our natural resources.  What must be made clear is that mining is not a “mixed use” of our National Forest lands. Mining operations destroy all other surface uses and resources of the land, while depleting and contaminating both surface and ground water. The waste from PolyMet’s copper-nickel sulfide mine would need to be treated for at least 500 years, a perpetual problem. Our agencies must find a way to place value upon resources that are needed to serve us  in the future, rather than priority placed upon perceived immediate, short-term gain.
The decision to sacrifice our forests and pollute our waters in favor of the unsustainable economic activity of sulfide mining lacks long-term perspective. If the only jobs that we can offer our young people are jobs that will destroy the environment for our children, grandchildren, and the generations to follow, then we live in a decaying society.
Any decisions regarding the mining of sulfide ores in northeast Minnesota will impact the next 25 generations. This is serious business. The U.S. Forest Service needs to nix the Twin Metals leases, and the PolyMet land exchange as well. The time for integrity is now.

Tell the Forest Service and the
Governor, protect Minnesota’s
waters and forests:

The Arrowhead region of Minnesota contains the triple watersheds, where waters flow north, east, and south, into the Rainy River, Lake Superior, and the Mississippi.  The headwaters of this region are too valuable to put at risk from toxic sulfide mining schemes.

The Duluth hearing is set for 5 p.m. -7:30 p.m. on Wednesday, July 13, at the Duluth Entertainment and Convention Center (the DECC).

Check out www.sosbluewaters.org for more information.