End of an Era for Duluth Practice Space 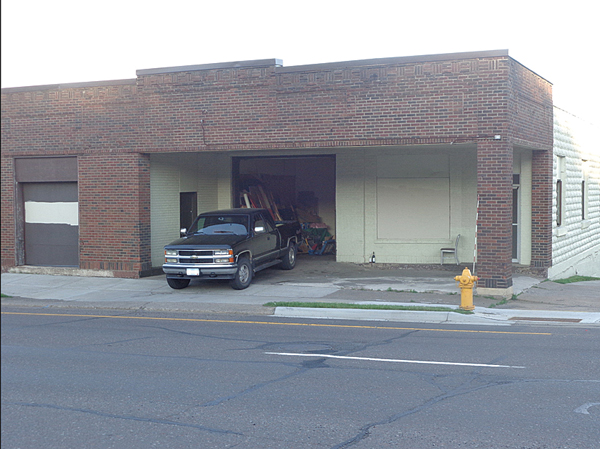 When a band gets together and decides to go forth with a project there are a few things that are needed. First off, having the right gear is important. It doesn’t need to be the most fancy stuff, but it needs to work and be loud enough, especially to cut over the drums if there are any. Next, having a member of the band with a vehicle is pretty handy. Walking half a block with an amp can be tough, and going many blocks or miles is improbable. Finally, having a practice space is vital. Most people don’t enjoy having to listen to a band’s rehearsals no matter how good they are. It’s loud, there’s stops and starts and it’s almost guaranteed that someone smokes or drinks. Your neighbor who has to get the kids up for school will probably hate you after a few practices even if your sludge metal/industrial band is the best the area has ever seen.
For several bands, one of these key components will be just a memory by the end of the month of June 2016. The Clubhouse Studios located at at 7th Avenue East and 3rd Street will be shutting down and leaving a number of well known area bands looking for another practice spot.
The building isn’t much to look at. What appears to be a run down auto-shop allowed many bands to hone their skills for over a decade inside without upsetting the neighborhood.
We had the chance to talk with some seasoned musicians of the Twin Ports’ music scene about this iconic practice space. Chad Lyons and Ben Marsen currently play with a band called The Bottle Jockeys, but are perhaps better known for their years with The Acceleratii, a rock-a-billy act that has played more shows than we’d care to count. According to Lyons and Marsen, the location was used as a rehearsal space since the late 90s. The room that was once filled with vintage centerfold pictures from the 60s and 70s along with other artifacts of old school memorabilia now has blank walls of tagboard and carpet. A drum set still sits in the corner for a couple of more practices to be held before things end. There is a hall way with several other rooms were used by other bands.
The space goes back as far as the band Ballyhoo, one of the first 10 bands to play during the original Homegrown according to Lyons. “When we split it (the space) we started with the Conscious Party, (Prince Paul and the Conscious Party) and the Black Labels would sometimes come in here. That was the tail end of the Red Lion (what is now Teatro Zuccone),” said Lyons.
The rehearsal rooms have been a musical home away from home for Fred Tyson, Glass Elevator, American Rebels, Monster Mob, Ire Wolves, Phillip of Nazareth, Lord Montague, Mary Bue, Horse and Rider, Cars and Trucks, and Xhaust to name a few. Jake Larson, a well known sound engineer in Duluth, has recorded Portrait of a Drowned Man, Humanoid, Greg Cougar Conley, Al Sparhawk, and Trampled by Turtles, among many others in the far space towards the rear of the building where there was a control room and lounge. Many short term projects for Rock and Roll Kamikaze and Ides of March utilized the space as well. “It might be easier to say who hasn’t played here,” said Marsen.
We talked with Mike Trapanier of Ire Wolves about why the space was being shut down. Tim Pichetti is the owner of the building and Kyle McClean is the manager from what we were told. The top floor of the building was being used by Essentia as a storage space and they eventually moved. It was on McClean and the bands to rent out the vacant space to more bands or they would have to leave so the entire building could be rented out as a complete unit. Since the vacancy could not be filled by more bands with the time frame allotted, the move marked an end of an era for the bands using the space, some for over a decade. It was “kind of a staple spot for a lot of Duluth bands over the years,” said Trepanier. McClean did not return out call in time for our deadline.
While a lot of bands are fortunate enough to practice in a basement or living room without causing too much of a disturbance, Marsen pointed out how renting a rehearsal space gave some of his projects focus to show up once or more a week. “Having this spot is what forced us to have a band. If you don’t have a space that you have to pay for, you don’t necessarily have to play. But having to pay the rent here after all of these years, it has forced us to play every flipping month. So, it’s a great thing,” said Marsen.
Things are up in the air for exactly where the bands will find a new space. “Our back up plan is to practice in the basement of the Shaky Ray (a recording/rehearsal space formed by a band called Giljunko in the 90s). So we’re going from one historical spot to another. Otherwise, we’ve got some fine leads on a place or two, but nothing super solid yet. Hopefully there will be something this week,” said Lyons.
While it is certain that the bands who have brought their music to life in the old auto-shop will continue to rock the area, it is also certain that the space will be considered legendary for the Twin Ports scene. It is a bittersweet end of an era.