We wear many hats 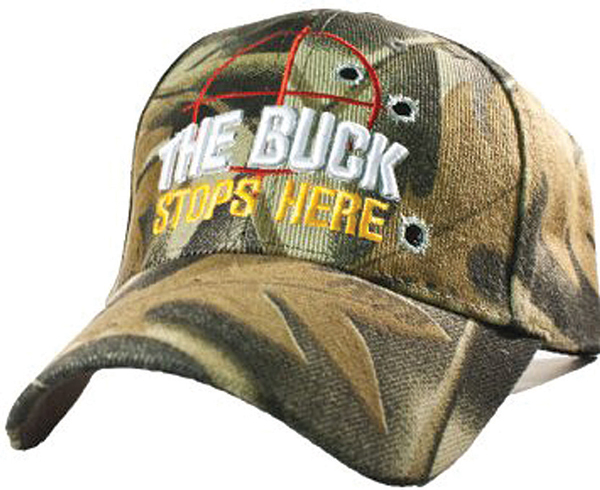 It happened accidentally. There was no fore thought or plan. It’s like leaving the house without your pen. Soon as you realize (generally when it is too late to turn back) you will quickly begin the search to find a replacement. Banks that give away advertising pens are the first choice if you don’t want to buy a cheap ballpoint that will end up in a drawer with dozens of other freebie and cheapie pens with seeming powers of magical propagation. It is interesting that most if not all of us do not continue using pens from the junk drawer until they are used up and gone. The simplest explanation is likely the best. We do not trust them. Bitter and frustrating experience has taught that each hurried trip to the ballpoint stash will result in fetching forth a dried up dud. It will look fine on the outside, but it’s done for. The following two or three and so on pulled from the stash will be the same, with one or two performing faintly until the dried up ball path is all you’ll see.

I’m sure you’ll realize that no intellectual process was involved when I hurriedly left the house and later realized my hat hadn’t come with me. This omission wasn’t noticed in the few feet from home to car. Indeed, I was unaware until fueling up well beyond the turn back to get it point. There is little intellectual process in quickly find a replacement. There were really only two mental elements. Speed was first; meaning find something at the convenience store. Price was second; meaning find something cheap. Expecting an easy (so to speak) kill I zeroed in on the hat area and then came to a muddled halt. Like it or not there was a third element. A rational mind was not needed to reject blaze orange at any price. I was going to an appointment and then do some shopping. Not getting lost made finding me no cause for blaze or fluorescent color. What I thought would be a snap stab and gut transaction snagged on the understructure of too many hats with too much messaging.

You know manufacturers and advertisers have long ago found our weak spot. If we think a product carries status or quality we’ll wear its marque and happily give the brand free publicity. Has any highly successful and super rich shoe company every given you a penny for wearing its logo? No, am I not right? In fact, when you buy certain garments you pay to wear company advertising on whatever apparel they’ve put it on. Of course on the brisk windy day I needed emergency head gear I could not find an innocuous anything. Items were either suited for finding my body in a blizzard or were forms of statement I am firmly disinclined to wear. For that think a fishing hat colorfully emblazoned Happy Hooker with very full round hooks like parenthesis. Brain freeze was preferable. Speed having long dropped from the equation, it was a quarter hour later I made my decision. No surprise, I suppose, that camo goes with nothing in my closet, but what choice was there? I bought a camo cap reading THE BUCK DROPS HERE.

I have killed a fair number of deer, but neither in season or poaching. I take them out with a vehicle. My current truck has racked up four and I can show proof this form of deer hunt is costly as any cruise vacation you’d care to take. I’m not going to go bleary over Bambi. I call my truck the Bambi Killer and have a locked closet with weapons easily able to delete living creatures up to moose size. I’m not a hunter or anti-hunting. I own guns but without, I think, going nutty about it. Having for many years cruised innocently along in innocuous attire I was caught off guard by the not infrequent response to an old guy wearing BUCK DROPS HERE. I became the enemy. In most cases the animus was in a look or knee-jerk, but on two occasions not so. (Cheap, I wasn’t going to throw BUCK DROPS away, plus by then I was increasingly curious about reactions to the hat.) A couple of times I was told through blunt preaching of the violence and cruelty I was inflicting on the innocent earth.

The way people reacted to the hat was revealing. Oh, a good many simply ignored, others accepted as course, while another group tried to compute that with what they knew of me and came up empty. Clothing is costume, so when a person tweaks the ensemble there is apt to be a response. The best of those (in terms of memorable amusement) were the high minded preachy ones far more oppressively judgmental and strident in tone than anything I said or did. It’s interesting how people justify their prejudice. Making it bigger and nobler in sound makes it easier to feel good about being a bossy busybody making pronouncements without benefit of inquiry. With a mind already made up there was little point in saying “I bought it to keep my head warm.”

It got me wondering. If meagre old BUCK DROPS can trigger oversize response what would an NRA cap bring me? I can imagine, but am I mentally ready to take on culpability for Orlando? More importantly, how much imbecile debate can I take based on the premise that things, inanimate objects, are responsible for human responses? How does one discuss with a person who seems to think a sharp butter knife will prompt bloodshed at the breakfast table. Where does reasoning enter into talk with persons maniacally committed to control of humans and their destiny through absolutist regulation? Bad as gun violence can be, the form of mental violence used to intimidate and control is damaging and lethal in its own way. We can wear many hats. The danger is from those who say there is only one hat to wear.