Thank a Veteran With Action, Not Words 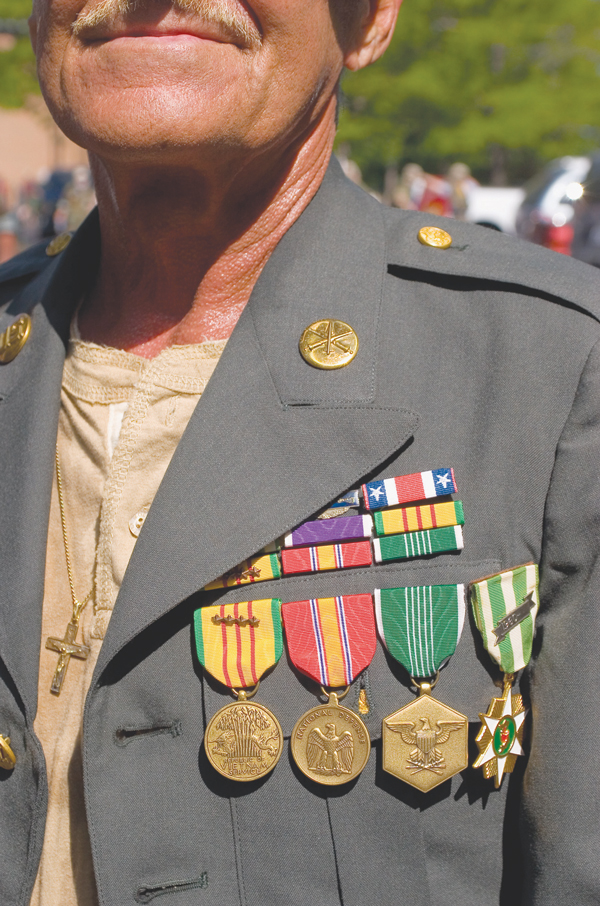 The theme of the Superior Fourth of July parade is “Thank a Veteran.”  This is a nice sentiment. But the cliche “thank you for your service” is too often just a meaningless platitude. It is like saying “thank you for shopping at...” when the clerk couldn’t care less. Along with “support the troops” bumper stickers, it is part of the propaganda that supports our too frequent wars. Real thanks must be more than words. Real thanks is doing what is right and needed for veterans and their families. It is working to make our country what it should be for everyone.
We don’t think of the costs of war during the flag waving run up to starting a conflict. We underestimate the costs - especially the human costs - of war. And when the veterans come home we don’t want to pay the price. Veterans with PTSD, drug addiction, alcoholism, and other problems too often don’t get the care they need. After Vietnam agent orange exposure was at first denied. So was “gulf war syndrome” from the first Gulf War. With Iraq and Afghanistan “moral injury” and a high number of suicides are being downplayed. Obvious injuries, like missing limbs, can’t be denied. But broken minds, emotions, and guilt are not visible injuries. Too often returning combat veterans have to fight for the help they need and the benefits they have earned.
This shameful record shows that our “thanks” are mostly empty rhetoric. If we really cared ALL combat veterans would automatically be screened for PTSD. There would be no VA waiting lists. There would be no veteran unemployment. There would be no homeless veterans. We can thank a veteran by working to fully fund the care they deserve.
Freedom is meaningless unless it comes with the ability to enjoy that freedom. Too many veterans have come home from war to face racism and discrimination. Minorities who disproportionally serve in combat roles come home to voting, employment, and housing discrimination. They come home to hate driven mass killings in churches, theaters, and schools. We can thank a veteran by building respect, tolerance, and equality for all.
Veterans live in a country that refuses to deal adequately with freedom from want. Too many people don’t have adequate income. Economic inequality is huge. Veterans come home to blighted inner cities and impoverished rural areas. They come back to communities suffering environmental deterioration. Veterans don’t come home to a job. Even veterans with reinstatement rights under Federal law have been denied or had to fight for their former jobs. No veteran, or current service member, should need food stamps to feed their family.
Veterans have families. They and their families should have affordable health care, affordable housing, family supporting jobs, and debt free access to education and job training. These are the real-life needs that give meaning to the freedom veterans supposedly served to defend. Freedom from want and economic privation is a basic human right. We can thank veterans by making the economy work for everyone.
Veterans are members of communities. They deserve to have clean, safe, decent communities in which to live. Clean air, clean water, quality public schools, good public services, and infrastructure are needed by veterans and all of us. Working to create a better America would be a great way to thank veterans for their service.
The right to vote is a basic freedom. It is hard to deny the that our election process is broken.  Voter suppression is spreading. Big money taints the process. Gerrymandering is widespread. Many people are pessimistic about the whole political process. Veterans served to protect and defend the Constitution. We can thank a veteran by working to insure the democratic rights and ideals embodied in the Declaration of Independence and the Constitution.
Most of all we can thank a veteran by not starting the next war. If we really cared about “supporting the troops” we would not get them into unnecessary, no-win situations like Vietnam or Iraq. We would demand that the politicians, diplomats, and bankers find alternatives to violence in solving international disputes. War does not solve problems. War does not protect our freedom. Nor does it make us safer. Thank a Vet by working to abolish war as a tool of government policy.
To paraphrase a former Army recruiting slogan, we can thank veterans by being “all you can be” as a nation. Thank a vet by working for peace, justice, tolerance, economic security and a better America for everyone.