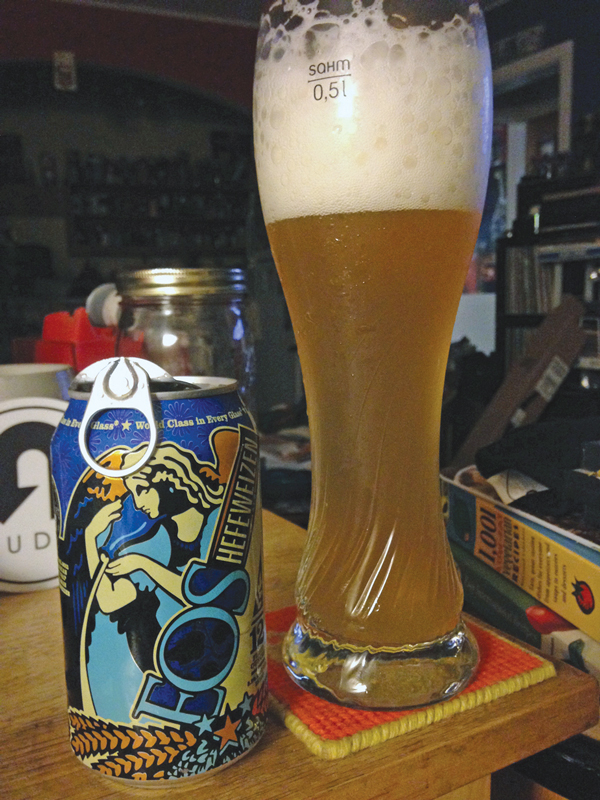 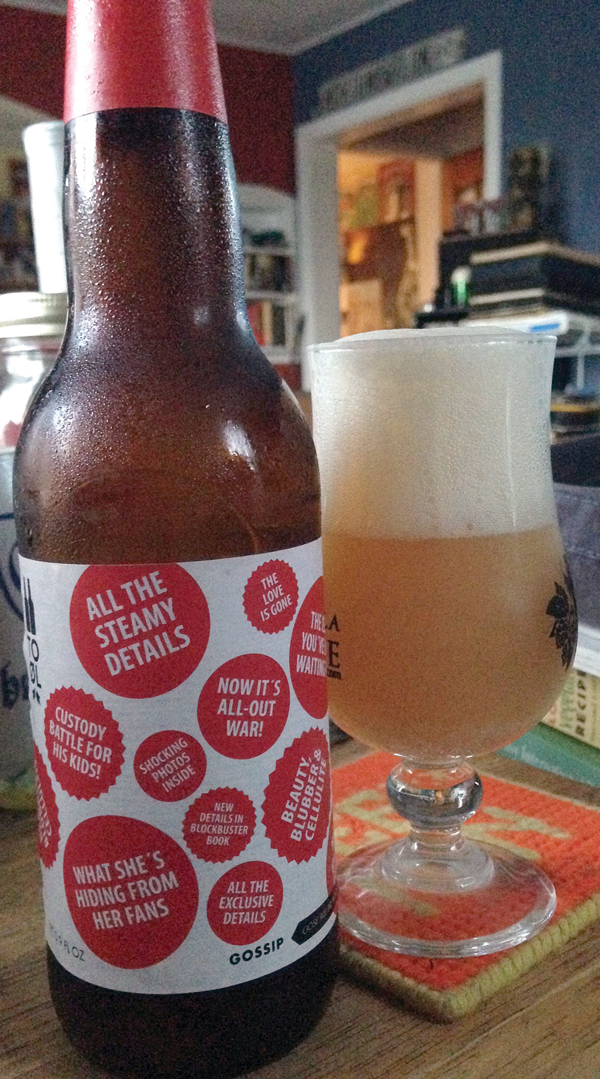 While sitting chained to my desk at work, I started fantasizing about which beer I might pick up on my way home. Since I had worked up a terrible thirst and wanted something with a lot of flavor, Weiss floated right to the top among the beery images that flooded my head. Yes, a good German Weiss would do the trick.
But something else caught my eye – an American Weiss called EOS Hefeweizen from the Nebraska Brewing Co. It comes in 12-ounce cans with a big round pull top. It poured into the Weiss glass a beautiful hazy gold with a voluminous white head, which means it looked very promising.
The can proclaims that this beer won a Bronze medal at the 2011 Great American Beer Festival in the South German-style Hefeweizen category. Also promising.
It has plenty of the clovey taste I expect – perhaps too much for it lingers long on the tip of the tongue. There is also a pleasant hint of citrus without a lemon slice, and the necessary effervescence, but something is missing. It tastes very light, almost watery, which is weird because there is the aforementioned spicy flavor.
The missing element, I think, is sweet malt depth. In Germany, a beer must be at least 50 percent malted wheat to be considered Weiss, but most are 60 to 70 percent malted wheat, with the remainder being malted barley. The brewery website does not divulge the wheat to barley ratio.
I am not saying I dislike this beer, but it is missing the sweet malt undertones that I expect from a Weiss, which is sort of like The Who without John Entwhistle on bass holding everything together.
I picked up a bottle of Gossip, a Gose brewed with rose hips from TO OL Brewery, a “gypsy” brewery founded by two Danish homebrewers without a brewery. They contract their recipes out to brick and mortar brewers.
Gossip is brewed by De Proef Brewery of LoChristi-Hufte, Belgium, a 20-year-old brewery that has earned a reputation as a contract brewery for other brewers. It is just one of 15 Euro brewers the TO OL gypsies have enlisted to brew their beers.
Gossip does look nice when poured into the glass pouring an opaque hay color with a tall and magnificent white head.
At 8 bucks a bottle, I expected a spectacular Gose with salt and sourness at the forefront, which is what this regional East German beer is known for from a high salinity in the local water.
I get a bit of saltiness up front from Gossip, especially if I bite into the foam with a sip. But I feel I have to really concentrate to identify the subtlety of the salt here. Most of it accumulates on the lips after a sip, so you have to remember to lick your lips. But it shouldn’t be that hard to find something so integral to the style.
The sourness is pleasing, tweaked up by the rose hips, I imagine (I am purposely leaving out a rose hip story that includes volcanic diarrhea).
Ultimately, this is a rich, refreshing and satisfying beer.