He Aint Heavy, Hes My Melon 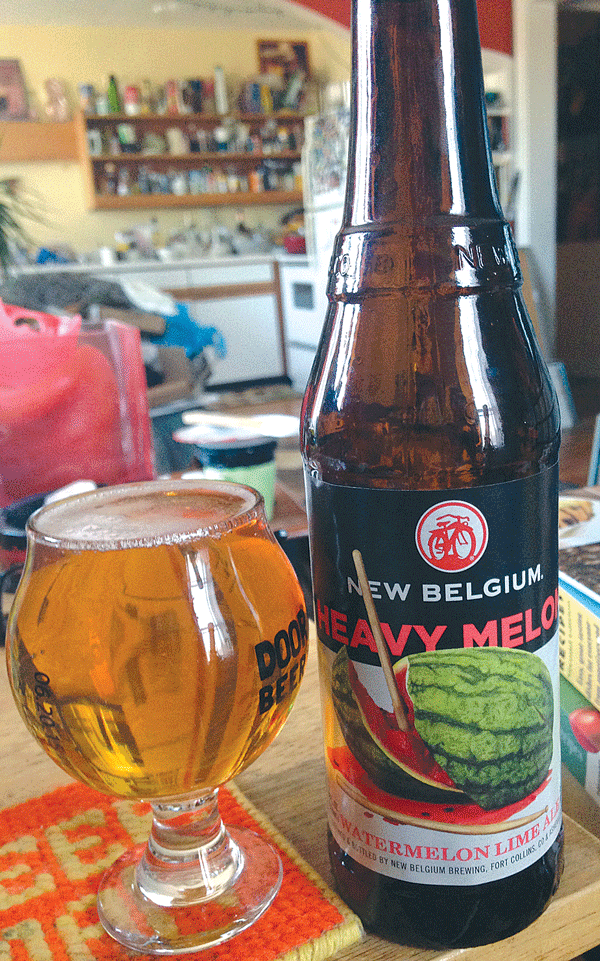 Guess what appears to be all the rage among brewers of summer seasonals this year?

If you said watermelon, you win!

I’ve been seeing watermelon listed on more beers lately, so I thought it was time to try one. It’s been a long while since I’ve had anything from the New Belgium Brewing Co. of Fort Collins, Colo., so I opted for a sixer of their Heavy Melon, a watermelon lime peel ale.

Before they had commercial distribution in Wisconsin, the NBBC brewers used to send me beer to sample and write about, so I have a nostalgic fondness for their beers. However, I was never a fan of Fat Tire. Much like the ever-popular Big Two-Hearted Ale from Bell’s that is so popular, I don’t get Fat Tire. Nothing wrong with either of those beers, but they do nothing for me and the reason for their popularity escapes me.

However, there are other New Belgium beers that I like. They used to do a delicious summer seasonal with kaffir lime leaves, so I was curious to try this Heavy Melon.

It pours a beautiful red-tinged gold. The aroma reminds me of a hair salon – not unpleasant or chemical, as you might think a hair salon would smell, but almost like an ozone perfume. I don’t know what else to say about that. It’s an odd but not off-putting smell. (On the very last sip, I stuck my nose in the glass and took a big whiff of pure beer, so maybe my sniffer is off in this heavy pollen season.)

With my first sip I am prepared to taste both watermelon and lime, but I get neither. And then I take another sip and get a distinct lime flavor that explodes on the roof of my mouth. It’s an interesting sensation.

I search for the watermelon. Maybe it’s there right at the very front, but sip after sip, I just don’t get anything more definite than a vague exotic fruitiness.

Wait…is that a cucumber there in the middle?

I take another sip to see if that really is cucumber. Yup!

And then the beer is gone.

What? How did that happen? I don’t drink beer that fast.

I guess that means New Belgium brewers did their job in creating a light, refreshing and highly drinkable summer beer with a heavy name.