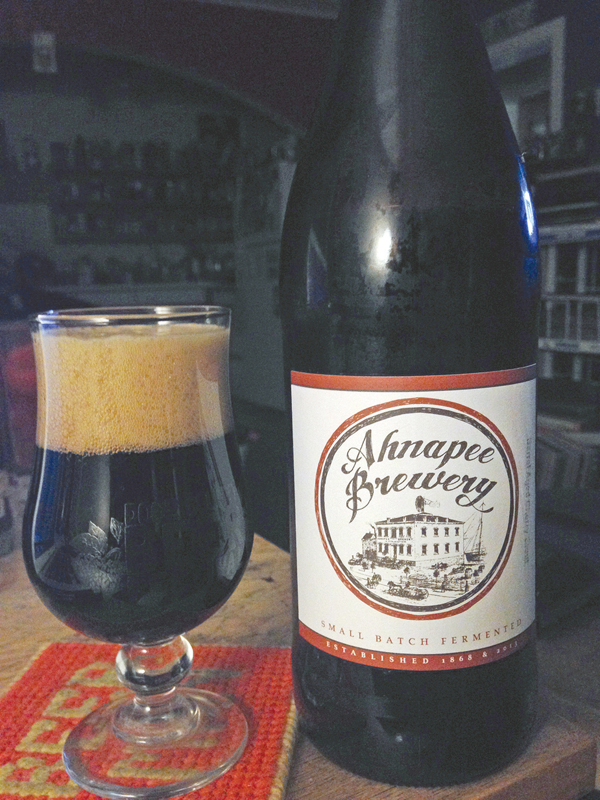 I was not at all surprised to learn last October that small and relatively young Ahnapee Brewery of Algoma, Wis., won a silver medal at the Great American Beer Festival for its Munich Helles – a lager.

It’s a classy lager made in a country that has little respect for lagers due to the bad rap they’ve had to endure with versions presented by macrobrewers for so many decades. But all those macrobrewers began as descendants of German émigrés who brought the art of European lager to this country. It’s a shame those brewers have forsaken their heritage, but that is why we have had the incredible growth of the craft beer evolution/revolution.

I find all Ahnapee beers to be true to style – clean, crisp, clear and consistently consumable. I think they go to extra expense to buy the grains and hops and yeast strains that define the styles they produce. That is the true mark of dedication to the craft.

Three different times while stopping at the two-stall garage brewery outlet in Algoma, I bought a bomber of their small batch Barrel-Aged Cherry Stout.

The first one I brought on vacation to share with an old hometown pal, and ended up leaving it in his fridge.

The second bottle I gave as an impromptu birthday present to a friend.

The third I am finally having right now.

It’s all there. Dark stoutliness and cheery cherriness combined to titillate the tongue and stimulate the mind. This is the perfect combination of earthy stout and tart cherry brightness.

Cherry stout is one of the first beers I tried to make as a homebrewer many beers ago (1990, to be exact). I was living in Oshkosh at the time and was brewing my own because the craft beer evolution/revolution was only just beginning to unfold here in Wisconsin. To drink all the legendary beer styles of the world at that time, you mostly had to be prepared to make a trip to a big city liquor store or make the beers yourself.

Now, thank the beer gods, I don’t have to brew because commercial brewers make all the beers I wanted to make.

Ahnapee Brewery’s Barrel-Aged Cherry Stout is exactly the sort of flavor I was seeking way back when with my own version. In short, it reminds me of my (late) youth and how great it felt to be DYI.