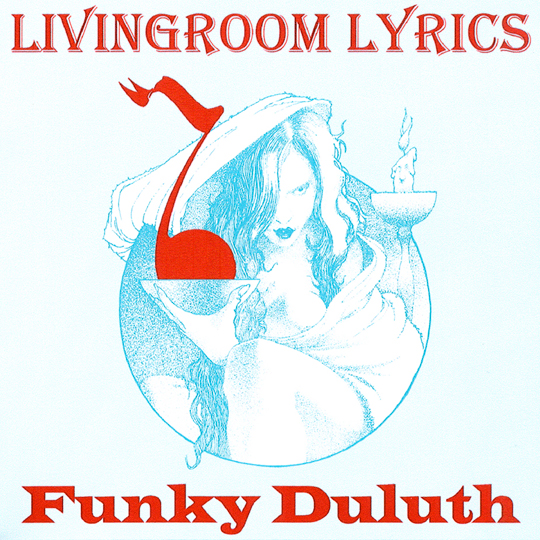 Several years ago Chris Kemnitz (guitar) and Becky Meyerson (bass) started actively playing at the open mics around town. They had a number of originals interspersed with covers that were pretty easy to get into. Fun and laid back song structures along with catchy choruses featuring vocal harmonies between them rounds out their sound. In the last couple of years they have started playing at local pubs and coffee shops and Bob Sebbo now often plays electric guitar in the group. Every once and awhile they can be found with a percussionist, but typically the three play out live without a drummer further adding to the mild mannered groove that they have.
This album titled, “Funky Duluth,” was recorded over a year at F5 SoundHouse in Minneapolis and their own home studio in Duluth. The primary difference between most of their live performances and the recorded material is that there is percussion on the album giving it a little more of a rock feel, but not too much. Overall, the group plays a mix of blues, jazz, adult contemporary, ska, and world music.
The album begins with the upbeat blues song, “Little Ray of Sunshine.” I use the term blues loosely because there’s a definite hint of pop music from yesteryear in this material as well. If I were to compare the feel of this song, think of a song like “Thing Called Love” by Bonnie Raitt except with less of an underlying country feel. Yes, it’s kind of blues, there are certainly blues leads in a number these songs, but it is just as much pop and adult contemporary as the other genres that the songs touch on.
The songs don’t have a drop of negative tone in them. The song “Disappointment” opens with the verse, “I got up from my little bed, stubbed my toe and hit my head/No hot water for the shower because the storm knocked out the power/No clean clothes to wear today but I’ll where them anyway/Disappointments come to plague me, I face it everyday.” The feel of the song is grooving and cheery and the chorus dispels any notion that this song is in anyway about being bummed out. “I’ll just laugh it off and fill my ?coffin? smiling/Because there’s no point in belly aching or heart breaking/Disappointment’s not a problem you can run from/Because it will seek you out and make you shout and then some.”
The track “Opposites” brings out a little bit of the jazzy side of the band, but it should be noted that the light-heartedness of the group stands out in each of the tracks. If you grew up listening to Marilyn Mason and Nine Inch Nails, this album probably won’t be your thing, but I have yet to see anyone run for the door when this group plays live, and yes I have seen some almost immediately get up when certain acts in the area play. Positivity isn’t exactly a fault, but the group does lean more to the brighter side of life.
One song that does match some music that I definitely love is the ska track, “Ordinary Joe.” It’s close to the ska from groups like Skankin’ Pickle, of course Living Lyrics make it their own.
There are a couple tracks written by Sebbo on the album including the last track, “Funky Duluth.” It’s mostly a funky blues instrumental besides the words “Funky Duluth” and a refrain that I think is saying, “We’re going down down down down to the waterline.” As chill as the band is, the musicianship is subtle yet pretty great. Not too complicated, but then again not too simple. There’s plenty of fun things going on with the instruments from walking bass lines, clever riffs, and tight guitar solos.
One of the final things going on with this album is the cover. A rather menacing woman is loosely wrapped in a sheet and is carrying a bowl in her hand that has a musical note in it. I’m not sure how it relates to the music overall, but there’s no rule saying that an album cover needs to have anything to reflect the music that’s on it, just look at Meatloaf’s “Bat Out Of Hell” cover art.
Most of this album can be found by visiting thelivingroomlyrics.yolasite.com. The group plays often in the Twin Ports. Their next show is at Sir Benedict’s in Duluth on May 27. If you like what you hear, they will be happy to hook a CD or perhaps even mail one if none are available.