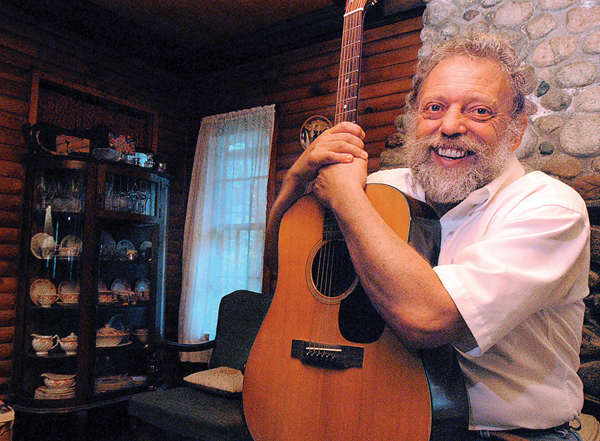 This past week Minnesota lost one of it’s most respected folklorists and someone I had to honor to call my friend, John Berquist.  John passed away peacefully last Thursday, May 12, he was 69. 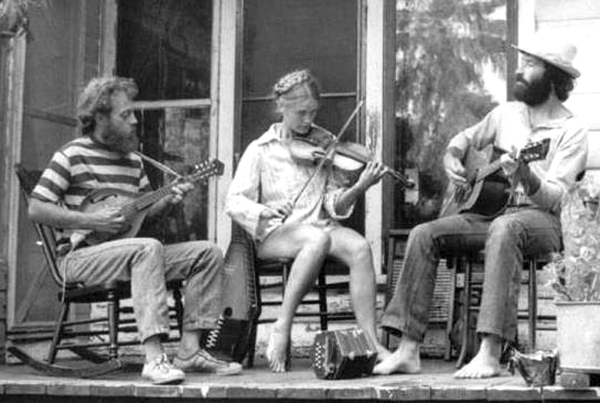 The first time I met John was back in 1976. He and his trio which included Greg and Charlotte Ham, the “Moosewallow Ramblers” were performing in the upstairs bar in the newly opened Grandma’s Restaurant  in Duluth’s Canal Park. They were wildly popular those years ago and recorded their most requested song “I Like It In Duluth” which has become the unofficial song of the city.

As most bands do they split up and John continued to present concerts and programs that brought to life the heritage and lore of the Upper Midwest. Lumberjack ballads to miners’ laments, folk melodies from Scandinavian, Finnish and Slavic immigrants to songs about people and places, John shared his lifelong collection of music and stories with his audiences with his own “Ranger” touch. I remember him playing masterfully on his custom built Peterson mandolin and could get your toes a-tapping on the button box as well as the guitar. 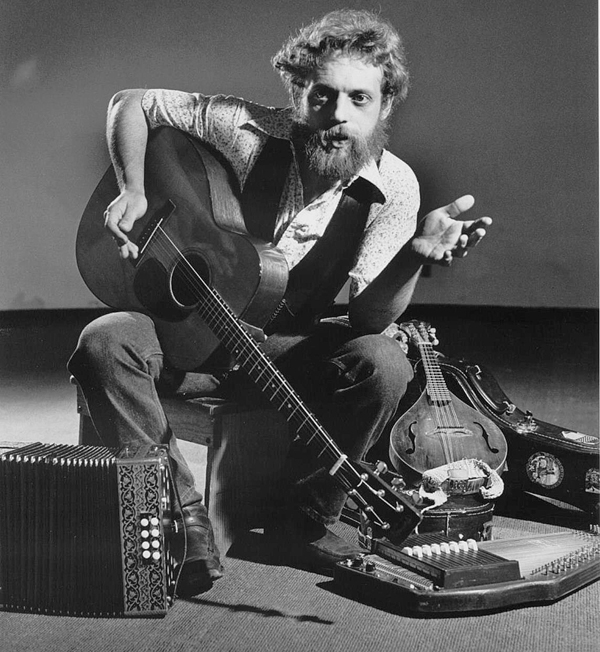 A native Minnesotan of Norwegian and Swedish descent, he toured Europe and had performed at festivals all across America. He appeared on television and radio in Germany, Switzerland, France,  and Canada as well as in the United States performing on Garrison Keillor’s A Prairie Home Companion. He and his wife Carol Carol Hepokoski, moved back to Minnesota after a decade in Chicago, where he was the leader of Chicago’s premier Scandinavian band, the South Side Swedes and was an instructor working with teens in Chicago’s After School Matters Program.

He participated in the prestigious Norsk Musik Vekke at Ål, Hallingdal, in Norway. He had been a featured instructor and performer at the AmeriKappleik, America’s largest gathering of Norwegian folk dancers and musicians, in Northfield, MN, sponsored by the Hardanger Fiddle Association of America. He was the former Folk Arts Program Associate with the Minnesota State Arts Board, and served as a consultant to the Smithsonian Institution’s Folklife Program, worked as folk music consultant for the Cousteau Society, produced several public radio documentaries, and had been a folklife consultant for several television documentaries and films.

He once taught Jessica Lange how to sing a Finnish birthday song for the film “Far North.” For over 4 decades, John marched in the Eveleth 4th of July parade with the Clown Band.  He kept the beat on the bass drum, dressed as Santa on vacation in sunglasses and red high top tennis shoes.

During the summer of 2005, John coordinated both the concert and banquet programs for the Centenary of the IWW in Chicago. He performed at the Two Harbors Folk Festival in Minnesota, the Jamestown, New York, Scandinavian Festival, the Mohegan Storytelling Festival in the Hudson River Valley, the Bishop Hill Midsummer Festival in Illinois, Midsommar Fest at Lindsborg, KS, the 2008 FunnFest in Duluth, MN and many other festivals. He had recorded several albums from the self-named “Moosewallow Ramblers”, “Fire In The Jackpine” to the most recent, “John Berquist and the South Sides Swedes: Scandinavian Music from Chicago.”

I remember a few times when John would call and ask me to share the stage with him, every chance was an adventure and loads of fun, and a chance to learn from John’s wealth of knowledge of the immigrant story and to add to my own song collection and enjoy a story or two. Most of all were the gatherings at his cozy summer cottage on Long Lake in Eveleth with friends. 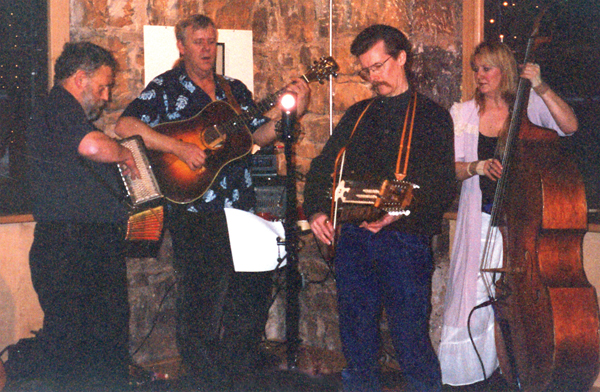 The last time I shared a stage with him was awhile back with Kim and Mike Monson. We did an intimate show at the Red Mug Coffee House here in the Twin Ports, a warm evening with friends and fun music. The evening came and went all too quickly. We will miss John and the generosity he shared with all of us.

From all of us from the Iron Range, Duluth and all who he made music with on the West Bank of the Twin Cities.., and all along the Snus Boulevard. “Til vi möts igen” - “Kunnes jälleen tapaamme” - “til we meet again my friend”.

Later this summer there will be a gathering of friends for a rememberance at Kalavala Hall in Virginia, Minnesota August 6th. 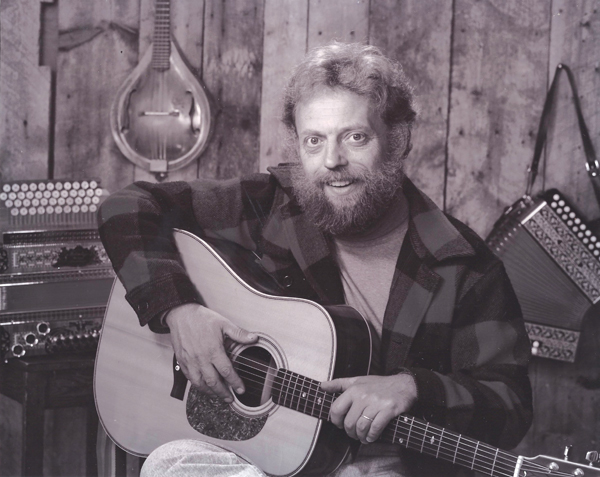 He was born and raised in Eveleth, graduating from Eveleth High School in 1964. He trained in cultural geography at Macalester College and the University of Minnesota.  As a young man, he was actively involved in the West Bank folk music scene of the 1960s and '70s; he later went on several tours of Europe, street singing, playing in bars and then in concerts with the String Band.  He returned to the Iron Range where he formed the Moose Wallow Ramblers in the mid-1970s and wrote the local hit, "I Like It in Duluth." 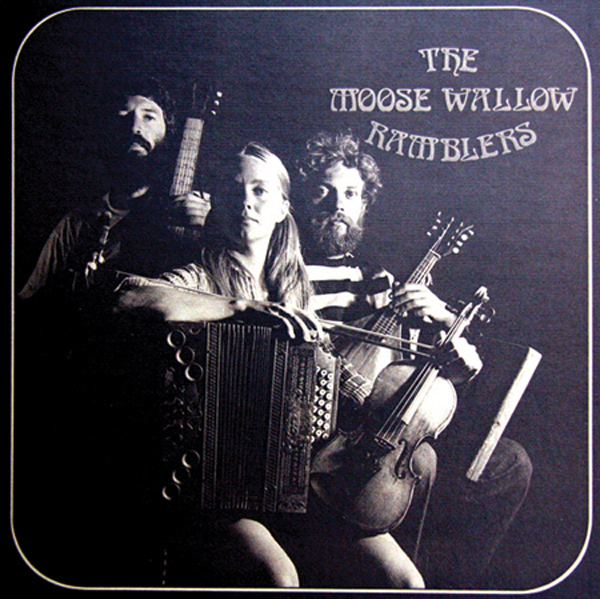 John's passion was the cultural heritage of the Range, especially the oral history and music of the immigrant groups from the late 19th and early 20th centuries.   He delivered historical and musical programs in  State Parks, libraries and community centers throughout Minnesota; was a field worker for the Smithsonian, helping to bring a group of Finnish Americans from Palo to the Washington DC Festival of American Folklife in 1980.  He worked as a folklife specialist, helping to organize Ethnic Days at Ironworld (now Minnesota Discovery Center) in Chisholm and was the Host of KAXE's Jackpine Jamboree, a traveling live radio program nominated for an award by the Corporation for Public Broadcasting. His hand crafted maple syrup won blue ribbons at the St. Louis County Fair for several years.

In 1983, he married Carol Hepokoski. They lived for two yeas in St Paul, where John served as the Folk Arts Coordinator for the Minnesota State Arts Board.  Returning to the Iron Range, he and Carol co-parented two sons, Andy and Jonah. John often said that the most important he did during the years when his children were small was to hold them and rock them to sleep.

When Carol's work moved them to the Hyde Park neighborhood in Chicago, John worked as a story teller and musician in after-school programs and in senior centers throughout Chicago. During those years, he formed the band The South Side Swedes,  sang with the Chicago Swedish Male Chorus, was active in the Chicago Local of the International Workers of the World (the IWW "Wobblies") and created hand crafted wild green wreaths that he sold at the annual Christmas Mart of the Swedish Museum in the Andersonville neighborhood. 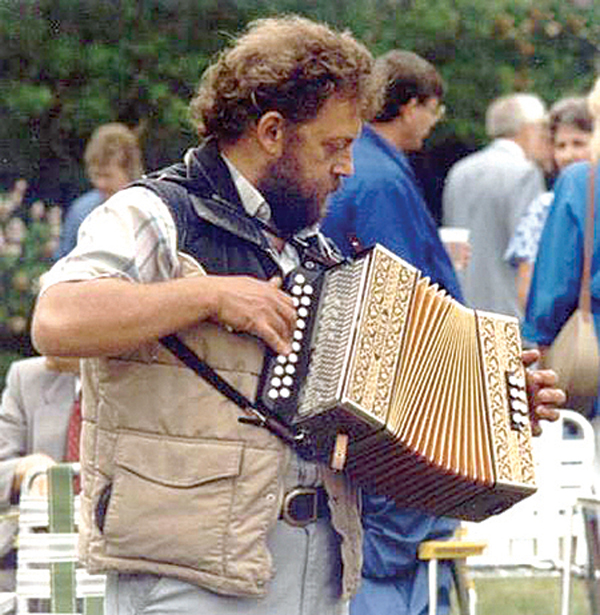 In more recent years, he lived in Rochester, Minnesota where he worked for a time with the Diversity Council and volunteered with  the annual World Fest, showcasing Rochester's  many ethnic cultures.  He also served as the Director of the Saint Paul Swedish Male Chorus, the oldest continuous performing Swedish Male Chorus in the United States, was active in the Sons of Norway, and played with The Nodding Wild Onions.

John was a scholar of Iron Range history, as well as Finnish American, Slovenian Button Accordion, lumberjack and union musical traditions. He was active in the storytelling communities in Chicago and Minnesota. He'll be remembered for his sense of humor, including his telling of Ole and Lena jokes.

For over 4 decades, John marched in the Eveleth 4th of July parade with the Clown Band.  He kept the beat on the bass drum, dressed as Santa on vacation in sunglasses and red high top tennis shoes.

A year ago, John was diagnosed with pancreatic cancer.  He and Carol retired back to their cabin south of Eveleth on Long Lake.  Memorial donations can be made to Pancreatic Cancer Action Network, Mesabi Unitarian Universalist Church, Faithful Fools Ministry in San Francisco or organization of donor's choice.

John was preceded in death by his parents, Olaf and Daisy (Andersen) Berquist.

A celebration of John's life in music and story is being planned for early August.