Thank the Pope for Doppelbock 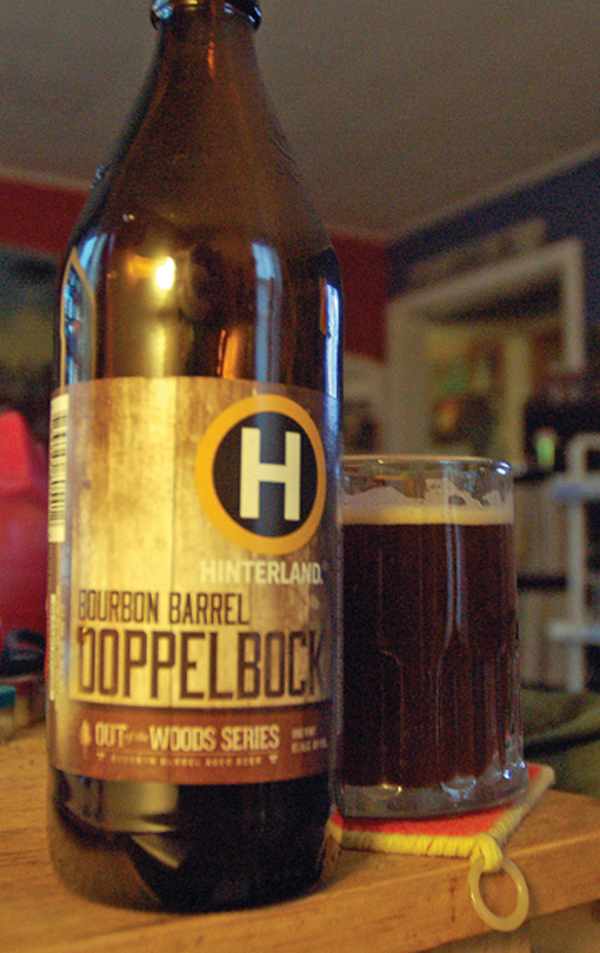 Talking beer with a guy the other day, he tells me he’s a fan of dark beers, but he quickly adds, as a bourbon drinker, he does not like bourbon barrel-aged beers.

Talking about them made me want one, so I picked up a pint bottle of Hinterland’s Bourbon Barrel Doppelbock, one of their Out of the Wood Series, which, as the name suggests, is nothing but barrel-aged beers. Perhaps the best known of the series is Stovepipe Imperial Stout, which celebrated its 20th anniversary in 2015.
Doppelbock! This strong, potent lager is also known as Fastenbier or Lenten beer. During their 46-day Lenten fast, German monks of yore would cleanse their bodies and souls by drinking copious amounts of doppelbock.
Paulaner monks of 17th century Munich are credited with creating this awesome beer style, and there’s a hilarious story associated with their beer.
The Paulaners felt so guilty about fasting with such a delicious liquid bread that they sought Papal approval, so they sent a cask of doppelbock to the Pope to get his blessings, or not.
But we’re talking about the mid-1600s, so sending a cask of beer from Munich to Rome was not as simple as loading it onto a refrigerated beer truck. No, that cask of beer spent weeks on the journey, through the Alps and then a long road under the hot Italian sun. By the time it reached the Vicar of Jesus Christ, the beer was spoiled.
Apparently the Supreme Pontiff thought if those wacky German monks want to fast on this bilge water, more power to them! He must have thought it a sort of Lenten liquid flagellation. We can only wonder what might have happened had the beer arrived intact. It might be a completely different world.
Either way, thank you for this malty liquid bread, you mad monks!
Big sweet malt is the essence of doppelbock, and that is the core of this beer. The twist is the oaky smoky bourbon flavor that bores right into the palate in a very nice way.
This particular 8 percent Bourbon Barrel Doppelbock would probably make those monks happy, but who knows about the Pope? That awful taste of 17th century beer might have been passed down in Papal lore, so the Holy Father might mistake the bourbon oakiness of this doppelbock for the putrid sourness of the doppelbock presented to his predecessor.
Or maybe, like me, he’d rate this beer pure yummy.