The Adjustments: At North Shore 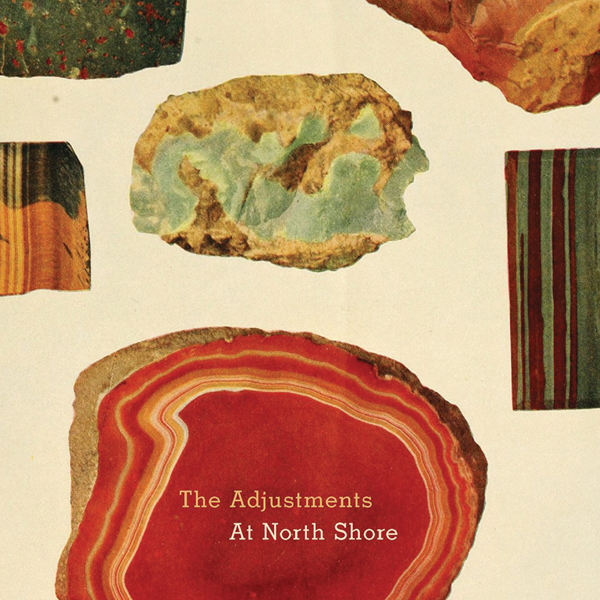 The Adjustments have been playing in the Duluth and the surrounding area for a number of years now. I first encountered them at open mics, and the years have certainly allowed their talents to shine through. The current line up of the band is Justin Lofquist on guitar, Alex Nelson on piano/keys, Timy Paul Nelson on guitar, and Charles Lattimore on drums. The group just recently released their new album titled, “At North Shore.” I know they have released at least one album before this. In the next few reviews I’ll be sticking to bands or CDs that will be pertaining to the upcoming Homegrown Music Festival happening in the first of week of May. The Adjustments will be playing at Tycoons Alehouse in Duluth on Saturday during the week-long festival.
The band states that they are “blues/rock,” and while this is true, the feel of the group leans towards a collected jam band. There are plenty of guitar and piano leads, but most of the songs stick between four to five minutes. There’s a general groove to the songs throughout the material and while they definitely aren’t a bluegrass band, they wouldn’t seem out of place playing a summer festival on the same line up with that style of music. I neglected to mention that all of the band takes part in the vocals creating strong harmonies, which adds to the feel of being something a little more than just a typical blues or rock band.
Enough with trying to explain genres. The album opens up the track, “Two Dogs.” It’s a pleasant arrangement of mid-tempo and danceable jammy rock. It should be noted that the album was recorded in Alex Nelson’s home studio and they did a pretty good job as far as the sound. If you listen closely, however, there are a few little mistakes with the musicianship here and there such as the guitar leads towards the end of this song. It’s a nice and pretty lead that flows well with what’s going on and then there’s a notable hiccup. Since they’re in a home studio there’s no real worry of wasting studio or engineer time and the part isn’t exactly a once in a life time technical lead. Taking a break and punching in and laying it down again would have been a good course of action.
The album has four tracks called “North Shore Sinner.” They come in four parts, which is a little unusual, but I’m fine with the notion. Each one varies in feel. The first part being pretty upbeat, but asks in the refrain, “will he make it back alive?” as the sinner either sleeps all day or perhaps heads out West. It’s at this point in the album where Alex’s piano really starts pulling through and it’s a fantastic mix of barroom blues, jazz and rock. He knows when to hold back and let loose and he more than makes up for not having a bass in the band. The second part of the “Sinner” songs starts with the line, “you made it through.” While the first part suggests travel, this next part continues the sinner’s story where he has come home, “you came back but your mind’s still away, finding yourself really makes a man pay.” The last two parts indicate that some sort of peace has been found along the way.
Songs like “Brushes” carries some of more laid back and care free parts of the album with happy rhodes piano sounding keys and mellow parts picked on the electric guitar. The opening line leaves a little to be desired because I’ve heard things similar all too often, particularly in folk music, “I’m watching the sun rise, waiting for the western breeze.” While contemplating life and watching the sunrise is something many can relate to, this song is filled with things that seem very familiar from a lot of songs: being on the run, a dark shadow following, having a cup of coffee, being at the bar, looking at the stars, and thinking she’s the one. The song isn’t particularly bad, and perhaps it’s just me from listening to so many singer-songwriter albums over the years.
I’d say that the band works together very well most of the time. Song structures sometimes take a fun twist and there are certainly times where the band does really shine like at the end of the track “Frank” where the band jams out and they’re having a good time and it’s just solid and happening. Strong vocal melodies that give way to the honest lyric writing of the “North Shore Sinner” songs drive this album. While I have brought out a few slumps in the albums, they are slight to the overall presentation of what is going on. They have a familiar sound, but the band is doing their own thing and when it comes together, they drive through with likable musical arrangements that range from subtle to spectacular.