Livin On A High Note 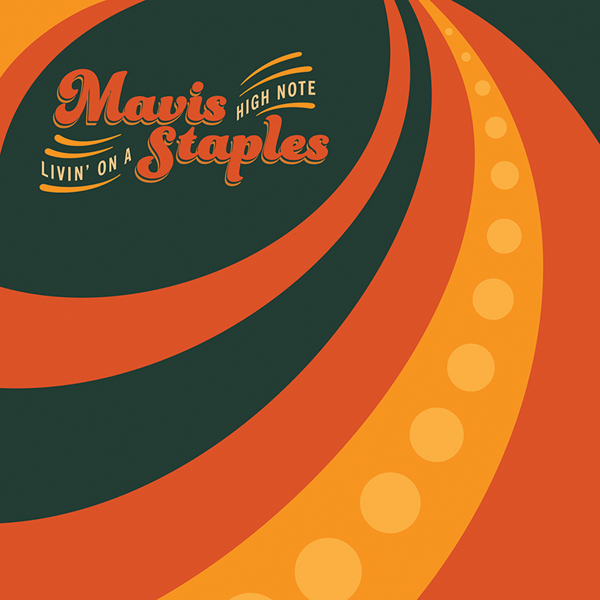 With a glorious career that has included countless awards and a recording history that is the envy of most, Mavis Staples could have simply drifted into a musical comfort zone on her new release, at ease with the knowledge that her place in music history was secure.
Instead, the 76 years young soul legend has joined forces with young, fresh, and vibrant songwriters and a new producer, to come up with one of the finest records of her storied recording career.
“Livin’ On A High Note,” Staples’ 13th solo release, brings her soulful vocals and her positive take on the world today to listeners with tsunami-like power.
The Staples Singers, led by her father Roebuck “Pops” Staples, and his children, not only fused gospel with soul and R & B, but were the spiritual voice of the civil rights movement of the 50’s and 60’s. Mavis and her family were personal friends of Dr. Martin Luther King, Jr. and performed regularly before Dr. King would speak both in Chicago and across the nation.
Prince once called Mavis Staples “the epitome of soul.” Her rich, deep, mellifluous voice can go from guttural howl to a churchy high register in a split second, and on “High Note” it has the ability to just wrap itself around your auditory senses on contemporary songs penned by Neko Case, Nick Cave, and Bon Iver’s Justin Vernon.
M.Ward is at the helm of this project, and gives the songs a stripped-down backing that lets Staples’ vocal instrument take center stage.
“Take Us Back,” written by Benjamin Booker, opens the soulful smorgasbord and let’s Staples wax historical about her early days in Chicago…. “Chicago wasn’t always easy, but love makes the windy city breezy.” “Love And Trust” gives us admonition on how to get through the hard times. The title track has a simmering groove that swirls and dives and examines the negative forces that try to pull us down and encourages personal strength to rise above the constant day to day challenges that the world throws at us. “Don’t Cry” percolates and bubbles (that’s Mavis’ nickname btw) “take my hand, take my life” as Staples continues to accent the positive. “Dedicated” is a conversation with a friend about sticking together. “MLK Song” concludes the disc with a simple voice and strummed acoustic guitar and exposes Staples’ mission in life “…if I can spread the message as the master taught, then my living will not be in vain.”
You can take the woman out of the gospel category, but you can’t take the gospel out of the woman.
These are songs with a joyful, upbeat, positive message that are clearly designed to lift people’s spirits. Staples said “I’ve been singing my freedom songs and I wanted to stretch out and sing songs that were new.” Mission accomplished.
Oh yeah, just a few of Mavis Staple’s credits would include:

-She’s had huge national hits with “Uncloudy Day,” “I’ll Take You There,” “Let’s Do It Again.”

-She was inducted into the Rock N’ Roll Hall of Fame.

-Featured as one of the VH1’s list of The Greatest Women in R & R History.

-Recruited by Presidents Kennedy, Carter and Clinton to perform @ The White House.

-Recorded with Bob Dylan, and her friend/rival Aretha Franklin.
“Mavis!” The documentary about the singer and her family screened in Theatre’s this past February.

-Jeff Tweedy, of Wilco, produced 3 of her recent recordings.

-Yes, Mavis tells us in the aforementioned doc, that Bob Dylan did ask her father for her hand in marriage (for real) and she turned him down back in 1963.