An IPA with Pee Wee Herman 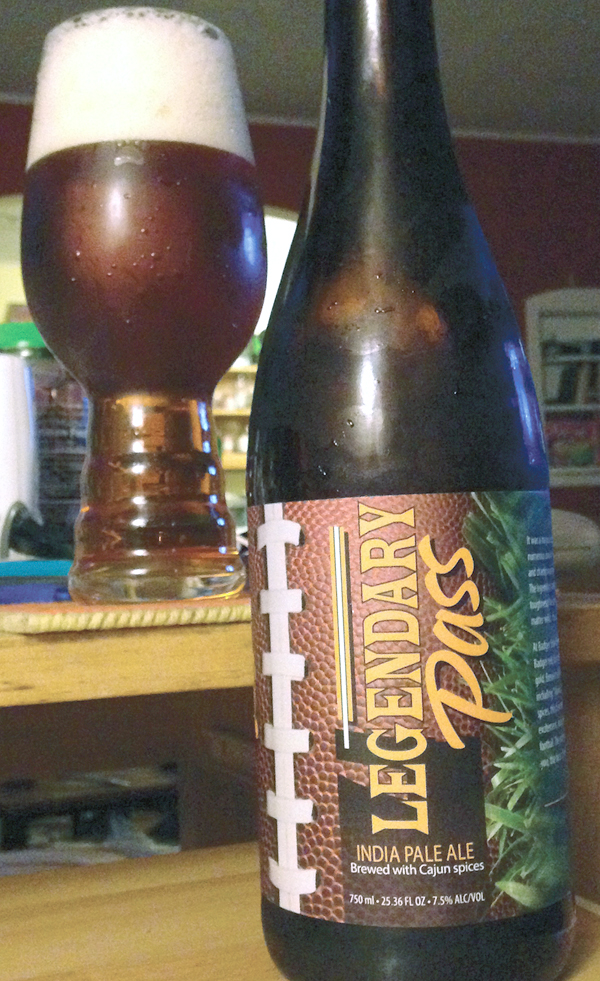 My daughter and grandson came to visit from the Green Bay area recently so we could watch the new Pee Wee Herman movie together on Netflix. My daughter and I used to watch Pee Wee’s Playhouse on Saturday mornings when she was still a little tyke and we lived on the island of Maui. She passed the Pee Wee gene on to her son. All of us were excited to see the return of Pee Wee.

She brought with her a bomber bottle of beer for me. Passing the bottle to me and knowing my disdain for football, she told me to look past the name. It was an India pale ale from Badger Brewing of Green Bay, with the title Legendary Pass. I think by law if you brew in Green Bay at least one of your beers must reference football. It’s seems like pandering to the unwashed masses to me, but, hey, if sucking up to football fans helps a brewery sell beer, more power to them, especially if the beer is as good as this IPA.

The label says this IPA is brewed with Cajun spices. Other than what I thought might be a faint hint of oregano, I didn’t really notice any Cajun spices, just a nicely balanced IPA with a solid malt backbone and a complex hop flavor thanks to the use of four hop varieties. As it warms, the hops intensify, but not enough to scare me away. This is a nice beer.