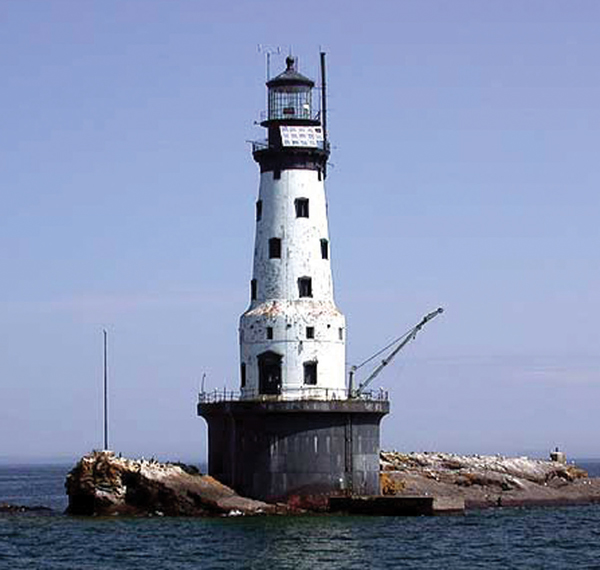 If you’re not from up the shore you likely aren’t aware of a recent county ruling to reject a One Dollar merchant as unsuitable and out of keeping with our coolness and overall character. If all a person has is a dollar there’s nothing here for them. This is not snobbishness. It is simple plain fact that being elite is not easy and comes at the burden and heavy price of hardly being able to tolerate the lowly side of the human condition (aka comedy).

For a time the merchant thought they found a foolproof strategy to avoid county building limits. They’d construct their established on a barge just off shore. Anchored to the bottom of the lake the barge would be on state land outside local control. As an interesting aside numbers of local owners of lake shore came forward to assert their claim on all submerged land abutting theirs so long as they never had to pay a tax on any underwater land. A speedy ban on private islands and county adoption of a twelve mile limit solved that. Quick and determined action by officialdom kept the taint of the common dollar at bay, though room for discussion was left for dollar lots of one thousand and more.

The forward thrust of cool exclusivity handily carried the day and was splendidly celebrated at the People’s Coop where no one questions the ultimate value of higher prices as proof of a greater good. In some cases value truly is in assertion and perception. If we say it is a value and we charge accordingly for it then it must be of real worth no matter the how or what of its construction. It is also true that cool forward looking ideas foster a remarkable potential to bring a society and a civilization to yet higher levels of reality. There are ardent followers of the high ideal that loving everyone all the time not only builds a swell future but prevents venereal disease because even the nastiest bacteria and virus flees for its life when threatened by an eternal chorus of Kumbaya and dose of esoteric humus. Killing with kindness is environmentally friendly whatever the result.

From victory defeating a socially evil dollar merchant grew a new proposal. If cheap is bad then pricey is good and super expensive is glorious. This is the very motto and motivation of the Blare Inn Fund and MPPG (Minnesota Particular Project Group) ever on the alert for opportunity to foster prosperity through spending. For them and for the far-seeing members of the community the classy allure of a $500 per night waterfront hotel was the perfect antidote to keep cheap merchants where they belong, somewhere this is anywhere else. To be sure, we already have some regular brand places for gasoline, long sandwiches, and soft ersatz ice cream. But these will drop into shade and shadow next to the towering Grand Tower Hotel.

If you’re from the Twin Ports you know about the Harborview Hotel with rotating top restaurant. The one built up the north shore with no private money to sully it with commercial viability will be (I hope you’re ready for this because MPPG has tried to keep it hush hush.) an exact scale replica using all new materials and methods to reproduce in polycarbonate the Rock of Ages Lighthouse as a posh hotel and eatery.

Using the barge concept the dollar merchant almost got away with, the Grand Tower will be in continuous motion as underwater nacelles drive the entire structure in a continual circle so that every room and the Restaurant of the Divine (named in honor of Mae West) will flaunt its charms in all directions to never ending effect. The very concept takes the breath away. If bad weather threatens the hotel merely moves out of the way. A separate barge safely brings guest autos along. No expense is spared to achieve the ultimate in grand quality hotel experience. An added appeal is the hotel is also able to change scenery at will so long as it avoids Isle Royale where the National Park Service and Michigan state regulations might interfere and Canadian waters where liberal immigration practices could prove difficult.

There were skeptics, but they were silenced by stern accusations of fascist skepticism and proof of ordained success when the MPPG studied a random selection of pre-approved and qualified respondents. Asked if they would enjoy a no cost five night stay at the Grand Tower nine out of ten said absolutely yes and signed up immediately even before the hotel is complete and ready to serve guests. Ninety percent occupancy is a hotelier’s dream and the Grand Tower has that already achieved with promise of greater success with floating homage over the resting place of the Fitzgerald and top priority viewing for the tall ships we’ve come to enjoy except for all the crowding and impossibility of access, that is. And indeed, the tall ships are a common mass event akin to low class dollar sales; that is unless you partake at the special rate of $1,000 per night from the floating Grand Tower Hotel where the cool elation of the elite is handsomely enjoyed and paid for by credit.

The one theoretical problem to this otherwise perfect plan is the undeniable accent of motion the higher one is in the tower. Special tables are designed following a Royal Navy pattern from Nelson’s drawing room to keep plates from falling into laps where delivery of hot soup or cold beverage is not desired. The medical side of mal de mare (it is too-too common to call this seasickness) is treatable with pills rendering diners too drowsy to feel the malady and relatively immune to shock of soup or ice water on the body. As a precaution cabin boys will be ever at the ready to mop up if the unthinkable occurs.

From rejecting common commercialism to a five star leap into grandeur is simplicity itself for those with eerie coolness of vision.