Not being a hopaholic, I involuntarily shuddered upon pulling out  from the magic fridge a bottle of Hopalicious from Ale Asylum of Madison. The bold declaration on the label did not reassure me:  “Eleven separate additions of Cascade hops give this American pale ale its lush citrus aroma and bold hop flavor…”

Hmmm, I thought, how original – another hopped up APA.

It poured out a promising hazy red-tinged gold with a nice tight white head. I steeled myself for what I expected to be a hoppy onslaught and let ’er rip.

Imagine my surprise when I realized with the first sip, hey, this really is hopalicious!

Even with 11 hop infusions, Hopalicious is a balanced beer. The hops here do not dominate, but work in conjunction with its flavorful colleagues. The grapefruitiness that so often squeezes the life out of other flavors in overhopped beers appears here only as a subtle backdrop to a broader and more sophisticated range of classic pale ale characteristics.

The lesson I learned here is a simple one – Don’t judge a beer by its name or by its claim.

That got me curious about Ale Asylum, so I moved on to Ambergeddon, “a West Coast-style amber” with “a fury of hop flavor and a strong malt backbone.”

A disc or two more malt in that backbone wouldn’t have hurt, but that’s just me. It’s a drinkable beer, but I’m not much of a follower of west coast fashions. I like this coast. 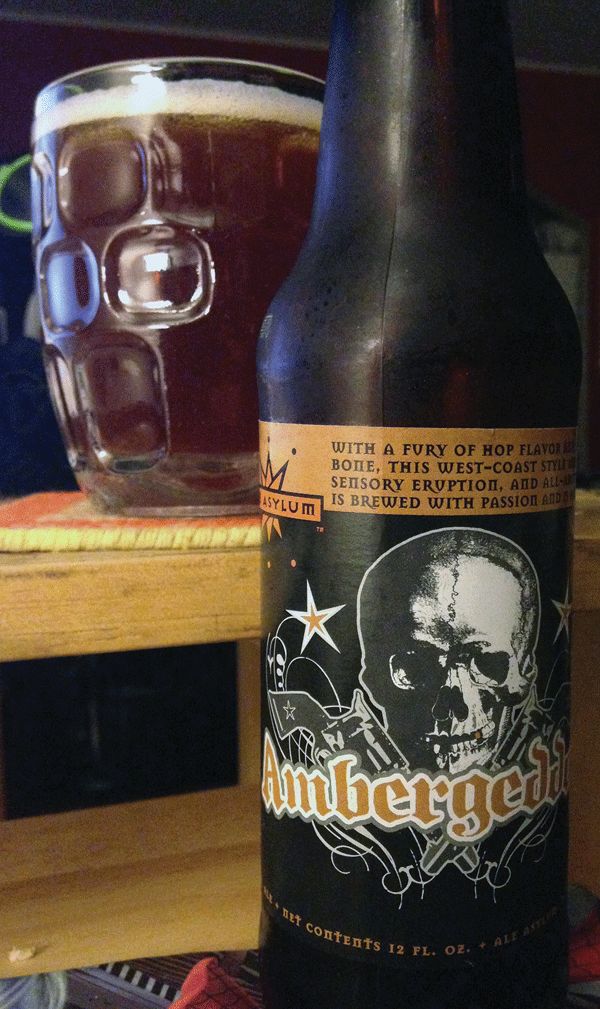